Who Is Google Stadia For?

Google's Stadia launched this Tuesday to a level of fanfare that has not been seen since the Ouya. So who is the audience for this $130 video game streaming-but-not-how-you-think not-console?

STADIA IS FOR hardcore gamers who want to face the ultimate challenge - playing games in which their character moves noticeably later than usual in response to their inputs.

STADIA IS FOR anyone who finds crisp graphics upsetting, and would prefer their games' visuals to be hidden behind a subtle sheen of fog and blur and compression artifacts. 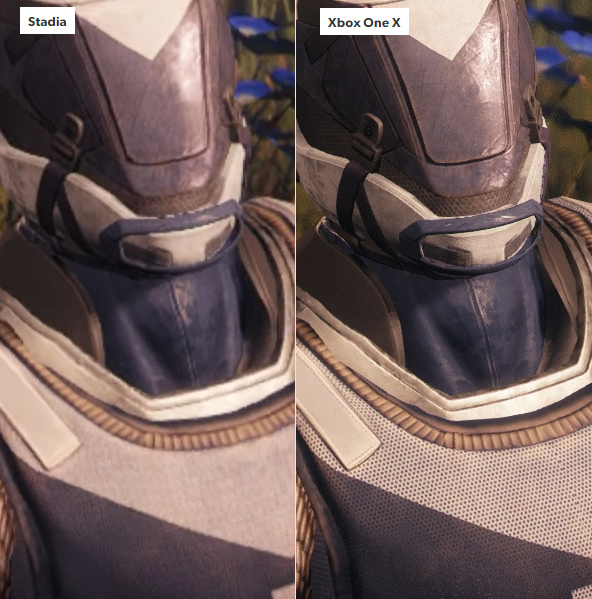 STADIA IS FOR anyone who thinks they're signing up for something like Netflix or Spotify or Game Pass, only to be delighted when they discover they actually need to buy all the games individually.

STADIA IS FOR anyone who doesn't want to be tied down to a console or PC, and would rather enjoy the freedom of being tied down to a Google Chromecast Ultra.

STADIA IS FOR fans of paying a monthly fee to play games they have already purchased in 4K, even though most games don't actually render in 4K with Google's POWER OF THE CLOUD so they are upscaled from 1080p to glorious(ly artifacted, blurred, foggy) 4K.

STADIA IS FOR fans of intimacy who look forward to the reduced player counts of Stadia-specific games without multi-platform crossplay.

STADIA IS FOR anyone who wondered what it would be like to play Destiny 2 - a two year old game - with Medium settings.

STADIA IS FOR people who are tired of enormous game downloads, and would prefer to use ten times as much bandwidth streaming those same games.

STADIA IS FOR anyone who thinks, "Ah, clever and compelling," when they see this: 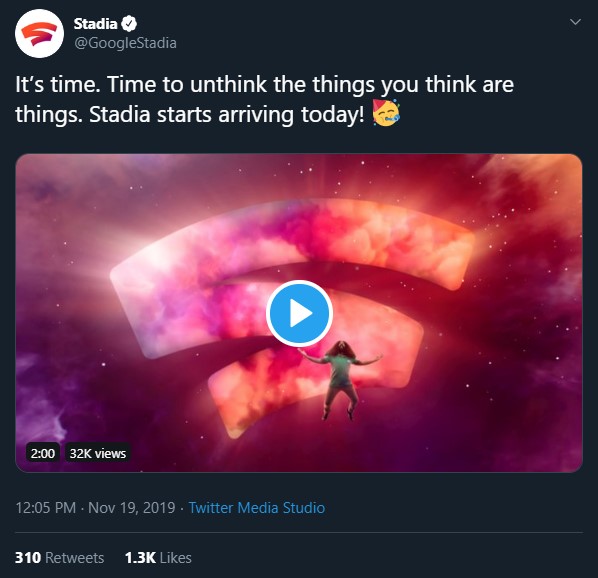 STADIA IS FOR those who despise mods and the ability to change graphics settings.

STADIA IS FOR fans of this genius company that hired Phil Harrison, whose strategy for the Xbox One resulted in a resounding success for the PlayStation 4.

STADIA IS FOR anyone who lusts for a dedicated Google Assistant button (thrilling!) that does nothing at launch.

STADIA IS FOR Mortal Kombat 11 fans who do not want to play the game's Krypt mode, which is unplayable for reasons no one can discern.

STADIA IS FOR risk takers who get a thrill every time they turn on the device and find that - against all odds - technical problems have not brought down the servers, and Google has not yet abandoned the project.

STADIA IS FOR anyone who thinks that fast, reliable internet connections without data caps are more widely available than hardware capable of playing video games locally.

STADIA IS FOR people who like to solve non-existing problems by never owning the entertainment they pay for and making everything a million times more complicated and wasteful, giving more and more control to horrible corporations.

STADIA IS FOR the handful of people for which all of the above are true, and for collectors of obsolete gaming platforms.