LA Night Cop was a mid-season police action replacement for the one-hour CBS medical crime procedural Dr. Hooper, PI. LA Night Cop centered on Denny Patton, a computer expert whose family was killed by drug pushers. He works a desk job during the days, but at night he uses technology to transform himself into Night Cop, the LAPD's ultimate patrol force. LA Night Cop first aired in 1983 and continued for three seasons until a finale in 1986. Despite modest ratings, LA Night Cop proved popular enough to merit a 1991 reunion movie entitled LA Night Cop: Case Reopened, which reunited all the stars including Baxter, Denny's humorous robot. 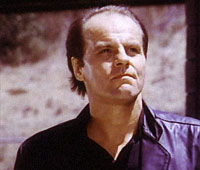 A gang of Compton art thieves plan a heist and break into the Los Angeles Egypt Museum's exhibit of Pharaoh Tuntenaman to steal the Nile Crown. Is it the Pharaoh's ancient curse or greed that is killing the thieves off one by one? Chief Lafferty orders Denny to stop the murders and return the crown to its rightful place in the museum. Denny and Marlowe bond over egyptology and make plans for a romantic dinner, but their date is ruined by Baxter's bumbling in the kitchen. 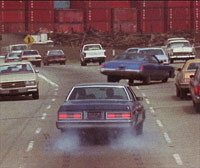 Someone doesn't want the midnight production of Swan Lake to go ahead at the South Central Ballet Showhouse and they're willing to go to any lengths - including murder! Marlowe asks Denny to investigate threatening phone calls and menacing vandalism at the Showhouse before the threats turn to violence. Clues pointing to gang involvement turn out to be a red herring when it is discovered the lead dancer's understudy was behind it all. Marlowe's promise to reward Denny with a homemade dinner is ruined by Baxter flooding the basement. 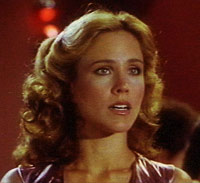 Denny must use all his computer expertise to go undercover as a substitute teacher at Los Angeles High School and find out just who has been selling steroids to the wrestling team. By using Baxter's cybertronic brain, Denny is able to splice into the school's diskette and discover that the steroid ring is very organized indeed. The local youth mafia is involved and they're moving the steroids to make money to sell a new youth drug called cocaine. Can his flirtation with a fellow teacher go to the next level or will Marlowe's prying spoil everything? 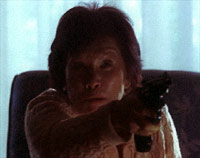 An art forger steals a visiting copy of the Mona Lisa from the LA Art Museum by replacing it with a perfect forgery. Denny and Marlowe spot the forgery, but the painting has already been sold to the Irish street gang that runs East LA. Denny poses as Ian McManthith, the leader of the gang supposed to arrive at LA Airport from Ireland. Denny manages to find the painting, but his cover is blown and he must duel the real McManthith in a traditional Irish sword fight. 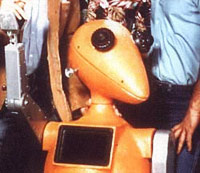 A gang of hot air balloon flying bank robbers pose as FBI agents to force compliance from a string of confused bankers. At the Chief's behest, Denny teams up with an eccentric helicopter pilot to track the balloons back to their hideout in Watts and recover the stolen loot. When a standoff turns ugly, Denny must use his knowledge of the Japanese honor belief system to save the helicopter pilot and recover the missing money. A romantic kiss between Denny and Marlowe is spoiled when Baxter interrupts them on the sofa. 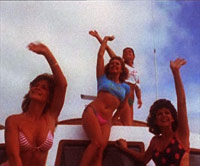 A super fashion model is abducted and ransomed by a gang of clueless Oakland kidnappers. Denny and Marlowe take on the case at the request of the model's father, but by the time they've tracked the kidnappers to their hideout she has already been kidnapped by another, more experienced, kidnapper gang. Denny and Marlowe must join forces with the original kidnappers to find the fashion model before the ransom deadline arrives. When they learn that the model's father was behind the whole plot a shootout ends in his capture. 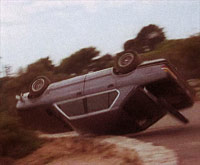 Chief Lafferty is up to his chin in trouble when several missing children turn up with their heads and arms sawed off. The mutilated body parts are found partially-eaten at the Jenkins hog farm, but it couldn't be old man Jenkins, could it? Denny is forced to explore an underworld of snuff tapes and pedophelia, but his investigation ultimately leads him nowhere. The murders stop in the LA area, but the killer is still at large and may strike again at any time. Chief Lafferty turns to alcoholism and takes his frustration out on minority suspects, Marlowe overuses tasers on the elderly, and Denny and Baxter obsessively search for the killer at the expense of their personal lives.