Subj: MY BRUSH WITH DEATH

HELLO FROM YOUR FATHER...... I have important stories but Lets get one thing straight here: When i get invited to a party i go to the party no matter what it is for or where. Some of the parties are bad like the RV Show-N-Sale where there werent even any RVs just the guy from the RV store yelling on the phone at his wife while we all watched him and ate marbled white and yellow cheese cubes. Usually there is a lot of food and fun people to meet 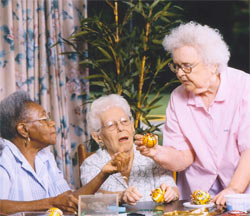 WELL I was invited to a housewarming party for a new neighbor over the weekend and when I got to this place there were people outside in groups talking and cars were pulling up so i went inside to get my pot of Hoppy Beans on the hotplate and some old lady in night clothes came stumbling out of the house saying some mumbo jumbo like "Agggh I Just Exchanged Bones With A Rough And Tumble Cop" or whatever the heck she was talking about and i said "Yeah Sure Lady, You'll Be Eating Filet O Fishes With Him On The Astral Plane In No Time" and got in the place with my bean pot while some lady behind me gasped because I was so rude but i had bean business to take care of (Hot Beans) and when i turned around she got up in my face saying this was her grandmother who is actually about to die before our very eyes
I was pretty embarrassed but after asking some guys about the death party it turns out that they cancelled the real party last week but i never got the notice about that because i got the original invitation mistakenly since it was left in the garbage can next to where i usually put my garbage and i must have dug through their garbage and mail without realizing it. If I had known we were going to watch a messed up lady die i would not have cooked Hoppy Beans and i would certainly not bring BEAST HOUSE a board game i am working on that borrows the best elements from the game Risk that enables you to command different pets and pests and go around the house and go wild and when the mailman (Mitchell) comes you cant be on any of the squares adjacent to a window or else will see the pet battles happening inside and the game usually ends here but you can try to bribe him by giving him half of your beasts but it never works and the game is up (this happened twice before you were born) "Beast House: Roll The Dice... A Bug In The Hand Is Worth 2 Bugs"
Everyone at the party was really upset and down and it was not at all like the only other time i went to one of these, it was when I was about 17 and my grandfather was about to die so we all crowded around the big bed upstairs in his farm home and we all joined hands and began loudly singing 'FLY IN THE BUTTERMILK SHOO FLY SHOO' and pounding on the mattress to keep him with us as long as possible. It worked for over 20 minutes 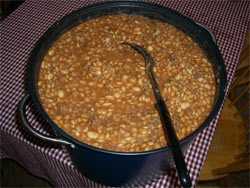 While we were all standing around one of the grandma's kids comes out of the bedroom saying grandma wrote a letter that she wanted to have read on this day, so we all shuffle in there and crowd around and the daughter opens the envelope and says "I Live Now Only To Anticipate The Perfect Black Silence Of Death And The Termination Of My Meaningless Consciousness As I Slip Into The Comfort Of Nonexistence. My Only Desire Is For My Life To End, For My Worthless Husk To Be Deposited In The Sea, And To Be Forgotten So That I May Rest, Free Of The Agonies Of Physicality." and then everyone was in this really weird quiet mood for a while and some people cried a little but HEADS UP when a girl says "At Least Grandma Seems To Be Enjoying The Company..." dont say "What Company, Microsoft?" because then Chet or whoever the idiot army grandson is will say "Wave Goodbye Pops, I'm Inviting You Outside!!" and start muscling you out of the room to which i said "I'm Not A Violent Man... However I Invite You To Receive Wave After Wave Of Brutal Uppercuts" to myself once i was well outside where i could practice my moves
Long story short i left and she didnt even die because they took her in and got her kidney stones out or whatever and i lost out on my pot of hoppy beans. What a weekend!!!!!!!DAD