Midwestern Myths About the West Coast 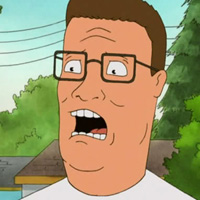 ...California!? Dangit, Bobby.If you're one of those dangerous cyber-stalkers the authoritative voice of Hugh Downs warned my parents about on TV's 20/20, then you probably know that I've recently dropped everything and moved across the country to achieve financial mediocrity in sunny Southern California. Since I hail from a uniquely terrible Midwestern town that honestly should have been evacuated and turned into a government Superfund site 35 years ago, you might expect this new "small town boy makes it big" phase of my life to be a real fish out of water story, full of hilarious misconceptions and accidental homoeroticism.

Well it is, except in my case the fish has been swimming in bleach for 28 years, has trust issues, and is filled with nutritious mercury. I really need to stop the last thing from happening so please let me know if you have any advice.

As anyone who grew up in one of the tens of thousands of worthless settlements that dot our country like genital warts can tell you, these hamlets and boroughs project a kind of Truman Show-effect on their inhabitants, who mean well but generally instill a sense of fear and self-doubt in their children from the second trimester onwards. This behavior could stem from a hunter-gatherer instinct to keep your family within arm's reach, or perhaps just the desire to allay the guilt involved in going to one of our many buffets alone, and getting five platefuls before vomiting in the bathroom and going back for a sixth. Whatever the case, Midwestern children are repeatedly frightened into submission by tall tales of horrors that exist beyond the 50-mile radius surrounding their homes. I hope to debunk these myths today, in order to help the future adults of tomorrow realize the joys of never going home again.

Do You Know How Much It Costs to Rent a Place Out There!? 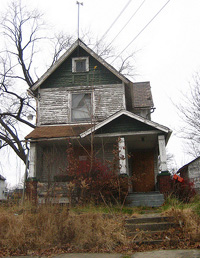 In Youngstown, we have a saying: "Don't like your house not on fire? Wait five minutes."Rent is more expensive here; I'll give you that. For the price of a single SoCal room, back in my hometown, I could rent the entire floor of a house enveloped in a thick mustard gas of poverty, crime, and hopelessness. But with the extra rent I pay out West comes the security of knowing that the house behind mine won't disappear overnight due to the handiwork of the local arsonist, whose love of fire nearly matches his love of not wearing a shirt. This actually happened to me last year, and instead of taking it as a sign that maybe I should move immediately before forcing my mom to spend tearful hours sorting through dental records down at the police station, I simply shrugged it off, poured more cereal, and went back to thinking about the abyss. And if anyone asked about the ghosts in my kitchen reenacting grisly murders every hour on the hour, I usually just rolled my eyes and said something like "It's cheaper than cable" while drowning out the last syllables of that sentence with cheap beer.

You Might Make More, But the Cost of Living is Outrageous! 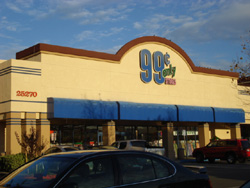 They have one of these by my apartment! And it's not just an elaborate trap filled with mirrors and goblins!Back in 2006, when Ohio was thinking about changing the minimum wage from $5.15 to the princely sum of $7.25, I had a minimum wage-earning co-worker turn her nose up at the increase because "$7.25 is way too much money." To say that citizens of my hometown have low expectations is like claiming Ted Bundy sorta-kinda had issues with women.

Now, it's entirely possible to raise a family there on modern wages, provided today's date is no later than December 31, 1937. However, if you happen to be living in the 21st century, prepare to enjoy a life of climbing the corporate ladder until you make $10 an hour and are high enough to jump off and kill yourself in the parking lot of the call center you've worked at for 30 years.

To be honest, I assumed that this whole cost of living business had some truth to it, despite coming from a populace that knew how to stretch a dollar until the little picture of George Washington started screaming. So I went to the grocery store with several priceless family heirlooms, hoping to trade them for a delicious can of creamed corn that I assumed would have to last me through the week. Little did I know that the nice lady clerks took the same money we used back home, and sometimes they took less! I did end up trading those heirlooms in the parking lot for some bitching skateboards, though. Sorry, mom.