Misha: A Memoir about Hanging Out with Wolves During the Holocaust 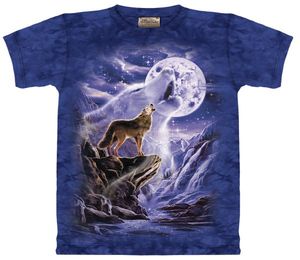 She felt nervous as they approached the graying elders sitting silently upon their ornate thrones decorated with words in languages long forgotten by the minds of men. The Wolf Queen spoke first:

"Young Misha, you were found by us in a time of need. Our oracle told us to send a pack of wolves into the Warsaw ghetto, and there we rescued you. You have lived with us and learned our ways. But the oracle has again spoken, and it seems that you are to play a much larger role in our world than any of us could have anticipated."

A door opened to one side of the hall, and three young burly wolves pulled in a wagon bearing a large, covered object of obvious weight.

"Yes, my child," said the Wolf King. "It is you who will drive this evil out from Europe. It is you who was born to wear...the Wolfen Mecha-Warsuit."

The cover was pulled off the wagon, revealing a gigantic Mecha-Warsuit, larger than any Mecha-Warsuit she could have imagined. She looked down at Silkentail for encouragement, and, at his nod, turned back to the elders.

"I accept this responsibility," she said.

The Nazis had stopped to rest in a clearing between two boulders. They circled around the shivering Jews and lit up cigarettes that glowed like eyes of demons in the gathering dusk. Suddenly, another two points of light appeared among them. One of the Nazis cried out as he realized he was looking into the face of a Mecha-Warrior.

"I shall set my people free," said Misha, from within the warsuit. What started as the soft breath of her voice became a mighty roar from the warsuit's mouth.

"Ach!" said the Nazi, and all of them pulled out their guns to fire, but, before they could, wolves began leaping from the darkness, sinking their mighty teeth into German flesh. The Jewish captives cheered.

The wolves continued fighting. Misha aimed her Heat Ray at a group of Nazis, vaporizing them. Silkentail drove himself into the stomach of one of the soldiers, toppling him to the earth and snapping at his neck. Suddenly, a towering Nazi cloaked all in black grabbed onto the scruff of the wolf ranger's neck and hoisted him high into the air before heaving the wolf violently to the ground. The wolf ranger whimpered and lay still.

"Nooooo," cried Misha, from within her powerful mecha.

The Nazi turned and held his hands towards her.

"Aryan Blast," he shouted, and a massive ball of energy sprang from his fingers, taking the form of a giant skull with a gaping, toothy mouth. It howled towards her warsuit. The armor around her was thick, but it would do nothing against the kind of power the Nazi was wielding. She closed her eyes and waited for the blow.