I wrote this in an airport, JFK, waiting for a flight to Los Angeles. I've written a few articles in airports. One of the disadvantages of a) having regular deadlines for writing and b) being generally lazy and willing to put off just about anything important for just about anything unimportant means that I find myself often stuck in situations where I have no choice but to just sit down and start writing, whatever the result of what comes out. Once, I wrote an entire article sitting on the floor of a walkway in Heathrow because it was the only unused outlet I could find.

And now, the stunning conclusion to Joshua Taylor, Age 13:

Joshua Taylor, Age 13 was my favorite series to write because once I got into the right mindset I would tend to black out and come to with a completely finished article ready to go. Also a lot of people really liked the kid, and who could blame them?


Here are the articles Josh has written so far:

It's been some time since Joshua communicated with us, but I asked him to send you all a goodbye message: 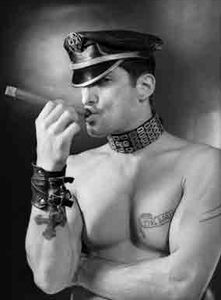 Hey there everyone! It's Joshua Taylor, Age 14. That's right, it's been a long while since you guys heard from me. I'm so glad to be back writing for this site. SomethingAwful asked me to come back and talk a little bit since I probably won't write here anymore for reasons I will comment on below. But don't just skip down there, that was foreshadowing and there's some other stuff I have to "rap" with you about first.

So there's been some big changes in my life the time I told you about my cool new Asian friend. For one thing, I'm not friends with my cool new Asian friend anymore since it turns out he reads this site and it kind of creeped him out he said, and I can totally understand that. If I were the old me I would probably quote some part of the bible about this but I don't do that anymore. Actually there's this perfect one I remember so I'm gonna do it one more time, but this is the last time ok? Here's the bible quote: "'There's nothing even a little bit creepy about really really liking a friend, as long as it's in a totally friend way' said Jesus unto Peter, while stroking his bicep, which is a totally normal way of showing admiration for your friends workout habits." Matthew 15:2

What's the reason I don't quote the bible anymore? I'm so glad I asked myself that while pretending it was you asking it. The biggest change in my life now, even more than my mom giving me a whole half-hour of internet time every three days and maybe letting me go to regular school in a couple years, is that I am now an Atheist.

At the end of the last article I wrote for this Website, I asked people to send me their best arguments for why God doesn't exist. I figured there wouldn't be any, but it turns out people had a whole bunch! You can imagine my surprise, and it took me a few weeks just to read through them. But what I discovered fter reading them is that there is no God and also that if I refuse to call my youth minister "dad" just because he's there at the breakfast table every morning I definitely won't go to Hell because Hell doesn't exist.

Anyway, I'm sure you're just as surprised as I am to find out about God not existing (I'm still not sure if Jesus exists. All of the emails I got were just talking about God so I guess Jesus is still real. Which is a major relief for all of us!). If you don't believe me type into an internet search engine something like "Is God Real???? Please tell me!!" and you can find all the stuff people sent me which will totally blow your mind.

The reason I can't write here anymore, as I did foreshadowing for, is that I've discovered girls and writing for the internet isn't as cool as girls.

Oh wow, I'm almost out of time (I used ten minutes of my internet time chatting with this cute girl who I guess goes to the school I'll probably be going to in a couple years). So I'll just say that God doesn't exist and Jesus loves you and it's been really fun talking to you through the computer. Have fun everyone!