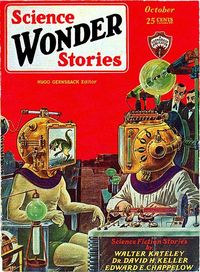 How I got hired: It was my first year at college and I started reading SomethingAwful, which is what many people do their first year of college, along with drinking a lot, having sex with people who have been drinking a lot, and other stuff you can see in many popular movies about college. I did not do any of that stuff as I had some pressing engagements involving reading the internet. But I did become a huge fan of SomethingAwful and read it every day and would email links to my friends and they would read it whenever they got back from partying and otherwise living life to the fullest.

I was a fan for awhile, and then I got this idea for an article. The idea was about video games, and I wrote it down and sent it to the owner of this website, Richard "Kyanka" Lowtax with a note that said something like "Hi, I dunno if you're hiring but please hire me." You can see the article I sent to him here. Then he asked for a second article before he would hire me (internet comedy is an important position, you see) and so I wrote an article about a guy going to the doctor of which here is the first couple paragraphs exactly as they've been sitting on my harddrive for years:

Ok, Doc. I know I've come to you before with diseases I'd just read about in the paper or in whatever book I was reading then. I know I've forced you into some complicated and expensive tests you didn't want to do because I insisted that this time I really have something. I'm a hypochondriac of the worst kind. I'm admitting that right now. Coming clean.

But it's just that I do think this acid wound on my arm is real. I'd doubt me too! I'm not blaming you at all for being suspicious. The only reason I believe it myself is, well, I was there when I spilled the acid on my arm. And it hurt. A lot. Like more than that colon cancer I thought I had last spring.

Lowtax read that article and decided that he hated it so he asked me to write another one. I wrote one about radio even though I didn't really listen to radio and based the entire thing on hours of Loveline and some guesswork. You can read that one here. He liked that one enough to hire me and I joined a few other writers who were all starting at the same time. We were new sheriffs in town, ushering in a brave new age for internet humor.

The current status of the writers who all started on or around January 2006:

Pantfish - got married, went crazy, believed to have fled to South America. No longer writing.

Acetone - had a secret identity, went crazy. No longer writing.

Bobservo - Came into a large fortune upon the death of a forgotten relative. Travels the world in a fully staffed yacht. Still writing.

And now, the stunning conclusion to the Secret Agent Series: 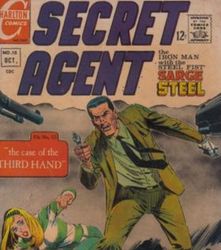 When we last left our hero, he had confronted his friend and former arch-nemesis Dr Petrubia about his suspicions that the goodish doctor had murdered both of their former arch-nemesis, Mr Leopard. In a, if I may say so, STUNNING twist, our hero's contact with the secret agency had revealed that he (the contact) was, in fact, the murderer. His motive remained a mystery that the nation COULD NOT STOP THINKING ABOUT

Dr. Petrubia and I were having lunch the next morning. He was having a turkey sandwich, open face, with some cheese Doritos. I was having the same, only closed-face.

We chewed thoughtfully, in that we were chewing and thinking simultaneously. I brushed a few pink feathers off my plate, but it was no use. They were everywhere.

"Shame about those birds," I said.

"I said shame about those birds."

"Oh. Thought you said something about my sandwich."

We continued to eat.

Some more about typing stuff and having people read it after this! Plus: Joshua Taylor, Age 13.