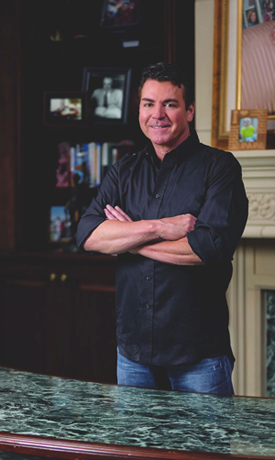 He said the n-word one dang time on a conference call and it was not even to call some thug the n-word it was to say he never said the n-word, which he didn't, except when playing Madden which he does solo in his man cave with no recordings and the video game blacks cannot get their feelings hurt in 2018. Possibly in the future.

Papa John single handedly came up with the idea of sticking a pepperoncini into the pizza box for you to look at and then throw away. He came up with including a little pack of garlic butter in your pizza box so you can try to make his pizza taste OK. Nobody else was doing that and if they were they probably regularly used the n-word.

John is really, really sorry about that ONE dang n-word. He's sorry he brought up the kneeling and black lives matters. All lives matter and blue lives matter, but he knows now he should not have said anything. He's a pizza man. He just wants to go back to making commercials with Peyton Manning. Peyton won't even answer his texts. John has seen them change to "READ" so he knows Peyton is getting them.

This is the board's fault. The board acted rashly to silence Papa John and censor him because they are afraid of the truth. The Papa John's Deep State is very bias and wants to keep Papa John H. Schnatter, the original Papa, from hanging out with his friend Peyton.

As you can see John is more than qualified to continue in my job as CEO of Papa John's. Please stand up for me.

I will never say the really bad word for black people again.