My Plants Died But it is Okay Because I Hated Them

When I first moved to the big city a few months ago I was very lonely, and so I bought some plants for companionship. I kept them in the dark and did not water them often because they were jerks. They died last week. Although I did not like my plants because they called me names and made fun of me when I was sleeping, I once again find myself falling into the dark bottomless put of utter and total loneliness. So I have decided to get myself a pet, probably a bear. This whole paragraph is supposed to lead in to the list I made of good pets and bad pets, but I don’t know how to do that so I am just going to end it right here. 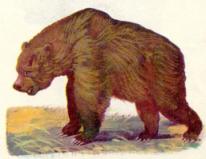 This is a picture of a dog, which is very similar to a bear in many ways.A Good Pet: A Bear

Bears make great pets because they are gentle and easy to domesticate. If you do not know what a bear is, let me tell you. A bear is like a dog except it is bigger. A bear can do a lot of useful chores around the house, such as chopping wood, cooking, and knitting. You can also put a saddle on your bear and ride him to work. Bears are more fuel efficient than cars and can swim. Bears are awesome and I love them.

A Bad Pet: A Teddy Bear

Teddy bears are stupid and absurdly ridiculous. Teddy bears are not as nice or kind as real bears, and sometimes they will steal your money and spend it on drugs and gummi worms. I know this is true because sometimes in my dreams I am a teddy bear and it is terrible and I want to die. When will it end oh god when will it all end.

A Good Pet: A Rock

Rocks are mostly found underground which is also where moles and goblins and INKlings live, so be careful if you are going to look for rocks. Rocks come in many shapes and sizes, varying from round to not very round. If you want to, you can draw a face on your rock and maybe stick some hair on it too. Don’t use real human hair though or else your rock will grow into a rock person and will eat all your food and kill your parents.

Shut Up!!! AARRAAARGH!!!Good names for your rock: Mister Rockstable, Rocky.

A Bad Pet: The Zoloft Rock

The Zoloft rock may think that life is great and everything is terrific, but let me ask you this, Zoloft Rock - what about war and famine and death and starvation and republicans? Well? Shut up Zoloft Rock. Just shut up. Go away. I hate you.

A Good Pet: A Hobo

Hobos are good because they have a lot of stories to tell. Once I met a hobo who lost his home and his job and had to live on the street! What a story that was, and how we laughed until the sun came up and I woke up in a pool of my own blood and urine with my wallet and my pants missing.

A Bad Pet: A Hobbit

I am afraid of hobbits because they are always trying to kiss you when you are not looking. It is a fact that Sam and Frodo were making out behind the rocks during much of The Lord of the Rings. A FACT. I do not want to make out with Frodo or Sam. Maybe Legolas though, he is dreamy.

A Good Pet: A Tree 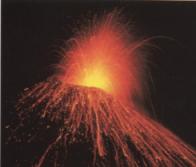 OH NO WHAT ARE YOU DOING.Trees are mostly found in forests. They are made out of wood and leaves. Sometimes trees have owls and heffalumps in them. A tree is a good pet if you don’t like things that move or make noise. Before you grow a tree, make sure there is enough room in your house for it to grow or else you might die and turn into some kind of monster or zombie or something. At this point I really have no idea.

A Bad Pet: A Mountain

Mountains are bad pets for the most part because you can never be sure which are volcanoes. The worst thing your pet can do when you are playing with it is erupt and spew molten lava and burning chunks or rock and ash at your face.

A Good Pet: A Fish

I had lots of goldfish when I was little. I would throw a hoop over a stick at the carnival and then a man with one eye and a peg leg would give me a goldfish. The carnival at our town was right next to the sea and when I would go on those rides that spin around and around it looked like I was going to fly right into the depths cold ocean but that almost never happened. I would think about setting my fish free into the wild where he could be with his friends and live and happy life in an undersea castle but I never did because I am a jerk. I don’t think a goldfish would survive very long anyway because it would get eaten by a shark or a mermaid.

Sea monsters make bad pets unless you live on a boat. They need a lot of space and a lot of things to eat, like fish and people. If you live on a boat and have a lot of people (they can be dead or alive, it does not matter) then perhaps a sea monster would be an okay pet. For the rest of us though, it is not a good idea to keep a sea monster. When taken away from their home (the sea) they get lonely and afraid and cry a lot, which is very noisy. It is difficult to sleep when there is a sea monster crying his eyes through the dark and lonely night, miles from the beautiful depths of the majectic ocean.

A Good Pet: A Bee

Bzzz Bzzz Bzzz. That is the noise a bee makes, and you had better get used to it because I want everyone who reads this to go out and get a pet bee. Bees are easy to find, look on flowers and in beehives. The best kind of bees is the bumble bee, which are bred for their speed and noise. Once you have caught a bee, you can keep it in a cage or a tank. Feed your bee honey and meat.

A Bad Pet: Some Beef

I don’t really know where I was going with this, I had to think of a word similar to ‘bee’ and ‘beef’ was the best I could do. Anyway I suppose beef would make a pretty bad pet unless it was a lot of beef and alive, in which case I suppose it would be a cow. Cows make awesome pets so I suppose beef can be a good pet. Just a chunk of beef would be a bad pet because you can’t do a lot of with it except cook it and eat it, and you must never ever eat your pets.