Keep Your State Pride Off Your Clothes 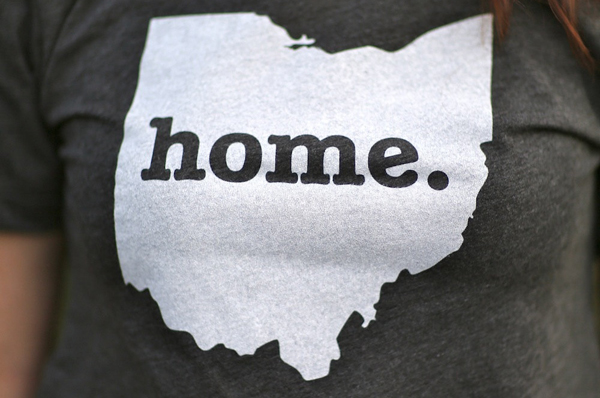 Let me make a few predictions regarding the kind of person who wears shirts promoting their state. If I'm wrong, call me a turd on twitter or something, but more than likely they...

What I'm trying to say is that these people are stupid and, more often than not, obnoxious.

They're very unique, according to themselves. It takes a special kind of person to rock a state pride t-shirt. They have to follow even the most absurd and shallow trends with a guiding desperation for attention. In 2002 people wore clothes with "witty" comments. Now we have American Apparel ringers with a screen-print outline of Georgia or some shit. You probably can't think of four ways your state impacts you, but this t-shirt wearer apparently notices the minute differences that really define their character. They're so proud of where they live they wear a shirt to remind people around them what state they're in. Their personality involves strutting down the street like, "I'm real into statehood now," like "this state just gets me," like "I lived here before it was cool."

They're part of an elite subculture, they've convinced themselves. Even if their state has the personality of a Panera Bread, it has to be the best. They were born here after all! Nowhere does the Dr. Pepper taste so sweet, no where are the late night pizza slices this rad. They visited another state once. They hated it. So it's pretty much certain that no one is better than the few million people inhabiting the hundreds of miles around them. Sure, they've probably never even seen 40 - 60% of the counties, but why should that matter? Based on a few lines on a map, the population is awesome. And to think, all you have to do to become a member to this selective group is not move away as soon as you turn 18.

They're rooting for their state in their own special way. No, they don't DVR C-SPAN. No, they don't volunteer. No, they don't like Social Services on Facebook. They don't have time for that rubbish. They're trying to get their state the attention it deserves and they aren't going to stop naively overhyping minimal accomplishments until their general demographical region is trending! If you look at a hip new cupcake bakery and say the name of your state three times, you'll become cool yourself. As if an alchemist's concoction of half-assed microbrewers and food trucks will justify their Midwest existence. As if the only problem with Dakotas or Missouri or Ohio is people's perceptions. There are reasons why some states are better than others and, I promise you, it has nothing to do with ad budget.

But don't tell them that. They're making waves and changing minds. State pride t-shirts are just the beginning. Soon people will safely performing oral sex with Kansas shaped dental dams. Soon their delusions about their hometown will be so ingrained they won't need their stupid t-shirts. It's a bright future.