Meet Your Body's Most Useless Organs

The human anatomy is home to more than three hundred organs. Doctors and chocolatiers agree that the vast majority of these revolting lumps of tissue serve little to no function. If you find yourself standing in a long line or stuck at the airport waiting for a delayed flight, consider taking a few minutes to remove the following from your person.

This wriggling grey sac is roughly the size and smell of a golf ball. Located at the base of the belly button, its sole function is to create and extrude a neverending supply of lint. 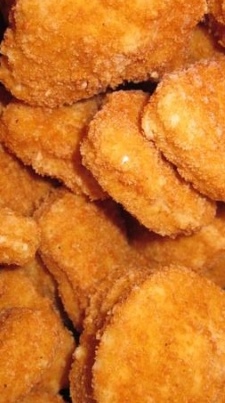 The lint node collects the base material for this process by signaling the rest of your body to harvest healthy cells from random locations, including your brain. This makes the lint node single-handedly responsible for aging and natural death.

Utterly useless. It only has RCA output ports.

Do you have ribs? Are you absolutely sure? This forty pound organ wraps around the entire surface of your ribcage. Once every ten seconds it gives your ribs a light caress to make sure they're all accounted for, then sends a confirmation directly to your subconscious.

This organ was essential when humans were very stupid. Now we know how to check for our ribs by nervously patting our chests every few minutes with our hands.

Disguised as a common nose hair, the illness grabule is a master of snatching viruses from the air and passing them along to infect the body.

This free floating solid mass does not sense stimuli, process material, or communicate with the rest of the anatomy in any way. It is simply a circular clump of tissue with a slot perfectly suited to hold a standard soft drink or coffee cup.

With incredible precision, this organ counts how many times your body has ingested fatal poison.

Here we have the organ responsible for all instinctive attitudes about complex issues, from politics to race relations to Microsoft naming their next OS Windows 10. The feeling gut's advanced microbiotic defense system subdues all signals from the brain relating to these serious issues. When it senses a challenge from outside influences such as logic and empathy, it blasts an electrical impulse to the brain, responding to these hostile stimuli with "Yeah, but still."

Does what it says on the tin. Constantly. In your left knee.

Sending out a subsonic frequency along your entire body, this highly specialized organ listens for a returning ping which would indicate the presence of a gaydar organ. It's quite useless because gaydar does not exist, and the notion that the human anatomy would produce such a highly specialized organ as the (frankly offensive) "gaydar" is absurd.

Located in the sinus cavity, the funny pancreas produces a neural enzyme that consumes the will to live by continually repeating funny lines from movies and television shows.

In one end, red blood cells go in. After a lengthy process that consumes a great deal of energy, these red blood cells undergo a complete transformation. What emerges from the other end of the compulsive converter is: Completely unchanged blood cells.

A remarkable organ which taps into your optic nerve, mirroring all visual stimuli and interpreting every element of the imagery as burgers for unknown reasons.