Upcoming Games for the OUYA Console 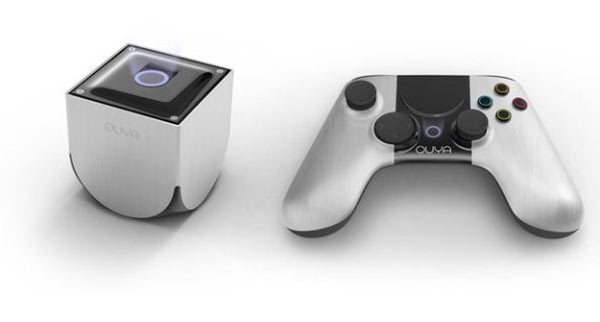 The OUYA, a $99, Android-based gaming console, received an overwhelming Kickstarter response, raising more than $8.5 million of its $950,000 goal. The easily modifiable and inexpensive console has received some serious backing from developers and pledges to develop for the console. Some major studio favorites are already promised for the upcoming device and indie developers have been quick to offer their support. 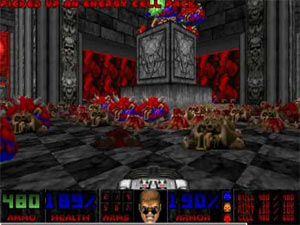 Extremely Ultimate Doom 2: Hell Hath Mucho Fury Edition (id Software) - Leap back into the boots of your favorite space marine since Space Marine and gun your way through 66 levels of mayhem, including fan made WAD classics like "Ken's House" and "Ken's High School" and "Ken's Death Star."

Indiana Jones Collection (Lucas Arts) - Several Chinese kids are currently figuring out how to make the old Indiana Jones adventure games work on Android. Perfect for anyone yearning for that classic adventure game experience, updated into a boxed display on your wide screen TV and played with a $7 controller.

Angry Birds (Rovio) - They're still angry and still birds. This is actually a relaunch of the version originally intended for those TVs they have at grocery store checkouts. 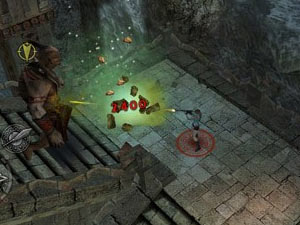 Tomb Raider: Tactics (Eidos) - Ever want to play as Lara Croft commanding a platoon of treasure hunters against various dangerous wild animals and traps and robots in a turn-based isometric battlefield? No? Nevermind.

Magic: The Gathering: Fiesta of the Storm Sizzlers: Legends (Wizards) - The game is free and comes with 20 random land cards and a Wall of Pelicans card that can't attack. You will have to finish your deck by purchasing booster packs so you can play against other people on your TV. Not compatible with any other versions of the game, because transferring digital cards is technologically impossible.

PixelBlob - You're a blob and you have to eat things to get bigger and bigger. Exactly like Katamari Damacy but with pixel art design by a non-artist and crude, Flash-style animation.

Rogueish - This randomly-generated dungeon crawler has terrible graphics, extreme difficulty and is similar to all those games you downloaded for free ten years ago. On your TV. 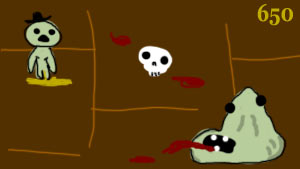 Torturing of Tim - Rogueish, but with gross monsters and a weird, overwrought plot informing all of the mindless dungeon crawling. And you can have pets that are dead baby ghosts.

Music Presser - Uses your catalog of mp3s stored on your OUYA to generate levels of flashing lights and Dr. Who tunnels while you press buttons in time to the rhythm.

Platform Legends - This hilarious Mario ripoff skewers all those old video game conventions of the NES era that all people who should be playing games are way too young to remember.

Anime Dreadfulness - Somebody spent 1,000 hours translating a game where two anime characters play chess. You don't play chess, you guide their conversation, which will determine the winner. Upgrade their chess shirts to gain fans and collect items to sell in your chess shop between conversations.

Peter Molyneux's Hat Sir - Details are limited, but we know you play as a lost hat blowing through steampunk streets and it will change the way you think of love.

Woof - This indie darling is a wordless wonder of design in which you play a small puppy in a wooded area. Without any guidance, you are left to form a narrative. Are you splashing through a bubbling stream to find your way back home or just out to have fun and chase butterflies in a beautiful, sunlit glen? It doesn't matter, nobody is keeping score and the whole game is a metaphor for dying. 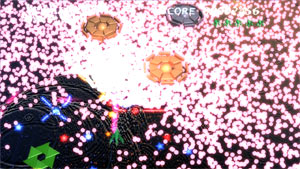 Dug Craft - A cooperative builder similar to Minecraft, but 2D and using Dig Dug characters, sound effects, gameplay and story. It's actually just Dig Dug, but some autistic kid in Nebraska figured out how to make a working virtual CPU out of Dig Dug tunnels and trapped Fygars, so it's amazing now.

With a lineup this solid many months before release, OUYA may just give the larger console manufacturers some real competition. Or it might be a failure because there are already ten million terrible Android devices nobody wants and there will be no money in developing games for it. Or it could never be released because it's a Kickstarter.