This Guy Gets PAID to Play Video Games for a Living! 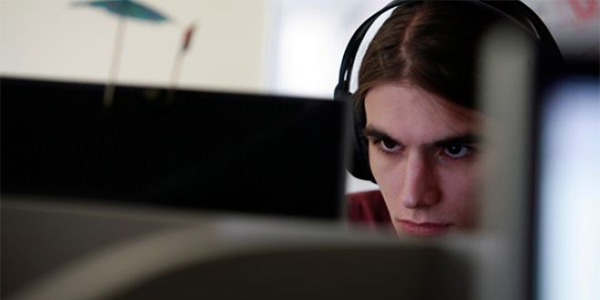 Most of us are used to the daily grind -- that 9-to-5, punch in, punch out routine that fills us with purpose and our living rooms with the latest in reclining technology. But have you ever thought about what life would be like if your personal rat race involved shooting space aliens, navigating colorful mazes, and gunning for the highest of high scores? Matt Grundle has, and before you assume his chosen profession is the direct result of an unplanned high school pregnancy, assume again. Matt's been to college, and he gets paid to play video games for a living.

"Yeah, I went to The Games Design institute," Matt says, errantly blowing cigarette smoke from the side of his mouth. "Majored in Graphics Tightening, minored in Fun Factor." Like many young men of his generation, Matt couldn't afford the costly tuition of a specialty school. Thankfully, The Games Design Institute offers several programs to make the price of education more manageable for low-income students. Instead of providing the entire sum up front, Matt only has to pay 800 dollars a month for the next forty years. And, when asked about his debt, it's clear Matt has come to terms with his financial responsibility. "Sometimes I log into my student loan account and look at that number -- it's like it's not even real. Like, I could literally never imagine all that much money in the same place at once. That helps me stop thinking about it."

With such a sound head on his shoulders, Matt's made the most of his for-profit schooling. He's already put in two years at a major video game publisher, one we can't name due to the many non-disclosure agreements Matt has signed. But in these 48 months, he's worked on productions that have generated over a billion dollars in revenue. And these games certainly wouldn't be million-sellers without Matt's input. "What I do is this," says Matt, cradling his head in his hands. "So, like, you shoot a gun at a thing in a video game, and it's supposed to leave a bullet hole behind, right? Well, it's my job to make sure that those bullet holes look good on everything you shoot. Well, uh, it's really not my job -- we have a team of thirty for this. But the next time you shoot a piece of rebar in one of our games, and the bullet hole texture wraps around it neatly? That's all me. Well, not all me, I guess -- I didn't program it or anything. But I told the programmers that it looked weird, and they fixed it." 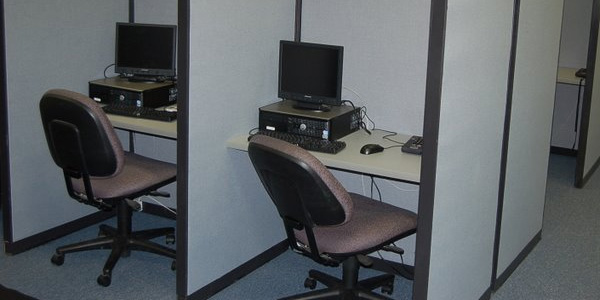 Because making video games is such a costly endeavor, Matt's paycheck is modest at best. But his company offers plenty of non-monetary incentives for a job well done. "Yeah, we really don't have bonuses," says Matt. "Once CEOs realized they could work here for a few months and then bounce with a $20 million golden parachute, we went through four of those guys in 2013 alone. Now, they turn the air conditioning off at noon, and the lights at three." Matt puffs on another cigarette thoughtfully. "But one time the VP gave us each an unclaimed goodie bag from his recent regatta, and once we were forced to return the free iPads inside, I was able to sell that limited edition snow globe for 15 dollars on Craig's List -- and I don't think I need to tell you whose girlfriend got treated to Chipotle that night -- no drinks, though. We brought it home and had our own drinks."

Matt's team is tight-knit, though still independent. Matt explains: "Morale was getting a little low during the last weeks of a long project, so me and the other guys decided to form a gaming group to blow off some steam. Well, the company decided that was too close to a union, so no more game group. But the next day, we each had cubicles separated by seven-foot-high walls! I don't really talk to my team anymore, but I was able to hang up a bunch of posters." Now Matt works hard under the watchful eyes of several Gokus, which he believes bring him good luck. "Web MD said that Honey BBQ Fritos don't have enough nutrients to live off of, but when the break room snack machine gave me two for the price of one, I wasn't going to argue with that!"

Even though Matt has his hands in some of the biggest and most popular video game series in the world, he still has bigger dreams. Matt lights up another cigarette and discloses these hopes for the future: "I got into this industry because no one has ever made a successful video game adaptation of Moby Dick," he says, pulling out a notebook filled to capacity with text and drawings. "You see this? What Moby Dick did for books, Moby Dick: The Game can do for games! And all I need is an hour with the company president to pitch it." While this has yet to happen -- the company president telecommutes from one of his many homes in Tahiti -- Matt shared the story of a friend who made it to the level he aspires to. "So I met this guy Jeff in college -- all these years later, he ends up being lead designer on the best selling game of a few years ago." And Jeff's fate? "He and his entire team got laid off after their game sold eight and not nine million copies. But then he got a job coding for a real estate website in Sarasota. And that's where the real money's at."