The Ghost Dimension Is Basically a Whole Dimension of Ghosts

Paranormal Activity: The Ghost Dimension is the name of a real movie. That is a straight up fact. It's non-negotiable. 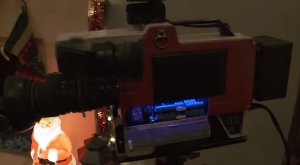 Will Paranormal Activity: The Ghost Dimension be a modern classic? Well, yes, in all likelihood it will. It has the words "Ghost Dimension" right there in its title. If you need further evidence, please set aside a few moments and revisit the previous sentence.

This movie's going to contain a whole dimension of ghosts. Have we considered the ramifications of this as we teeter on the precipice of a post-ghost dimension world? Most ghost movies get by with maybe one central ghost and a few lesser ghost sidekicks. We've never experienced an entire dimension of the rascals (by rascals I mean ghosts). For reference, allow me to recall the paranormal activity we encountered in the first five Paranormal Activity movies:

We think there's a ghost in the house. Let's set up some cameras. Yup it's a dang ghost alright.

Now the ghost is in the pool. Chlorine will not contain it. It will not be vanquished if we remove the ladder from the pool. I'm out of ideas.

Retro ghost: The college years. Turns out the ghost has some helpers and they are witches. The MRAs were right all along.

The ghost is not amused by webcams or the Kinect, which makes it smarter than most humans. The witches are still helping.

Paranormal Activity: The Marked Ones

Still one ghost, but now the witches can travel through time because why not.

That's it. One real ghost (that I'm aware of) and a support network of witch enablers. If a single ghost was able to propel the franchise through five films, imagine what it will be like when there's an entire dimension of ghosts crammed into one movie.

Before we explore the potential of the ghost dimension, it's important to establish a firm understanding of the other dimensions. The first dimension is paper, laid flat. No folds or creases. The second dimension is comprised of a stick figure drawn on the first dimension. The third dimension is everything that can be observed in our universe with a 3D tv. The fourth dimension is purely theoretical and located somewhere in either the space-time continuum or Canada.

Then there's the fifth dimension, the ghost dimension. Perhaps you've heard of it. What's it like? What goes on there? These questions have been keeping me awake at night. When ghosts hang out in our dimension they tend to loiter. In their own dimension, the possibilities are endless. We're talking ghost dates, ghost internet, ghost supermarket lines.

In the movie, we will apparently be able to peer into this dimension via a special GHOST DIMENSION VIDEO CAMERA. How does it work? Well, it's like a regular video camera, only there are blue LEDs and weird beeps and hums. I can only speculate that the beeps and hums and LEDs are what make the camera see into the ghost dimension.

Actually, that's all I have. Sorry to mislead you. I was just really excited about that one title. I hope you can find it in yourself to forgive my betrayal and embrace the title on its own merits.