Everything You Need To Know About The PlayStation 4 Unveiling

Didn't set aside two and a half hours of your life to watch Sony's unveiling of the PlayStation 4 earlier this week? I've got you covered. I had nothing better to do. In fact, there was so much free time on my hands that I watched the entire event at 1/4th speed. It was difficult to understand all of the words, of course, but eventually the slow motion put me into a trance and opened my mind to a plane of infinite information without the need for human language.

I won't waste your time. All the event's buzzwords and marketing gimmicks have been removed, leaving only the important information that will help you decide whether a PS4 might be right for you. 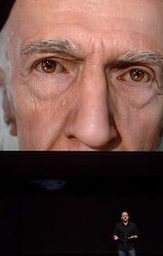 The PS4 is capable of rendering an old man's face in very high detail, provided there is nothing else in the background. Alleged game designer David Cage took to the stage and stood below a wrinkled cgi face while explaining how movies were terrible at first and only became better because of technology, not craftsmanship. He claimed that the PlayStation 4 will make it possible to convey emotion because it can display a highly detailed model with a lot of polygons. Cage hopes this is true, because his games (Heavy Rain, Beyond: Two Souls) certainly don't feature writing that's capable of conveying believable human emotions.

The PlayStation 4 is more than capable of displaying videos. For instance, it can play the video that Capcom attempted to pass off as actual gameplay from their upcoming game Deep Down. It was clearly fake, but had UI elements slapped on top and the camera moved as though steered by a controller. This (like several other faked gameplay videos) convinced a lot of people that what they were seeing was real. That's how good the PlayStation 4 is at playing videos.

You'll be able to use a Vita to control and display games that are being run on a nearby PS4. With this interconnected experience, the Vita is poised to outdo the Wii U. By outdoing the Wii U, I mean it will be even less appealing, more expensive, and will be used by fewer people. Truly a noteworthy accomplishment.

At one point a man with a permanently wounded expression started to talk about the invasion of privacy in modern society. On the verge of tears (or a particularly painful fart) he spoke of unchecked authority and the erosion of trust, the high cost of safety. On the screens behind him, haunting imagery accompanied his words. In a very sober and completely serious tone, he then explained that adding superheroes to this equation would make things more interesting. So, here's another inFamous game. You'll shoot dudes with magic and scowl at cartoonish authority figures. Thought-provoking stuff. 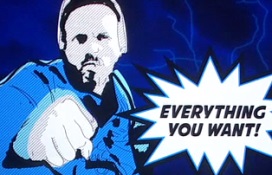 Gnarly, dude! Owned! Gamers! Social!There was a lot of talk about the PlayStation 4's online capabilities. You'll be able to share gameplay videos, spectate friends' games, and even hand control over to an online friend. The network promises to be so advanced that it will predict your purchasing habits and download games before you actually buy them. We'll see if that turns out to be true. If my PlayStation 4 doesn't start downloading three copies of Old Man Face 2014 as soon as I plug it in, this endeavor will be a catastrophic failure.

Apparently the PS4 does not support celebrities. Sony's event did not feature a baffling performance by Usher, a famous athlete playing a game, or a huge star taking the stage long enough to wave and pause for applause before leaving. Previous press conferences have told us that these appearances are necessary for the future of video games. Can the PlayStation 4 survive without a single celebrity cameo in its unveil event? Only time will tell.

The biggest surprise wasn't even something that was shown. It was, instead, a curious absence that stood out - the lack of an actual PlayStation 4 unit. We simply don't know what the console will actually look like. It will undoubtedly make an appearance at this year's E3. Still, it's rather odd when companies go to the trouble of holding such big events without pulling back a curtain to reveal the hardware in a final "tada!" moment.

To soften the blow of this disappointment, Sony generously provided the press with the next-best thing: A mock-up of the type of box that will contain the PlayStation 4. 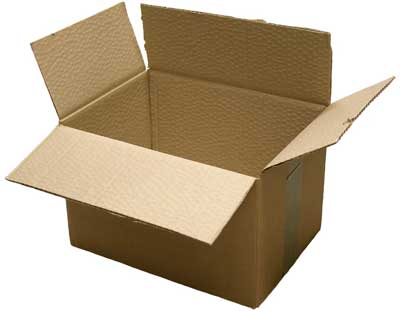