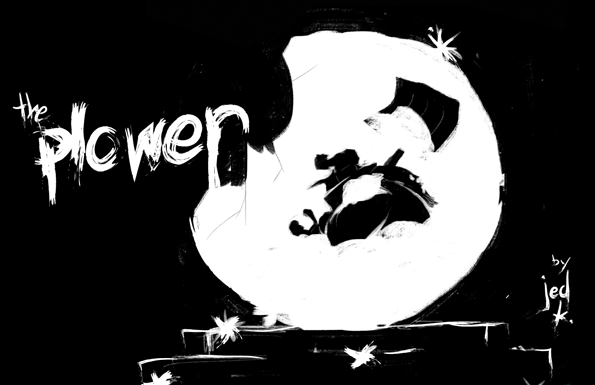 Recently, a state snow plow driver went rogue. He's been spreading caltrops across highways and plowing the snow in parking lots into labyrinths. As the city's best driver, I've been sent to find him and give him his pink slip.

I'm driving down the strip where the driver was last seen. It's night, and the falling snow makes the world look like a dying TV channel. Traffic lights swing from their snapped cables like pendulums, and a car has crashed into a Big Boy restaurant statue, so that only the mascot's legs and severed head remain.

I light a road flare and smoke from a pipe made from the hollow shaft of snow shovel. Most plow drivers smoke crack to deal with the tedium of their work - today I spent eight hours plowing a giant snowball up a hill, only to have it roll back down. By the end of my shifts I'm so jacked up that I spend all night shoveling my driveway, then shoveling the snow back into it and shoveling it again.

Tonight I'm out of crack and have to resort to smoking my crack-scented boogers.

I turn on my CB radio for any clue as to the driver's whereabouts. His last intelligible broadcast was a rant about how snowflakes are actually tiny invaders from outer space. Since then his broadcasts have just been incoherent babbling, with screaming and car crashes in the background.

It's not surprising that the driver went insane, given what plow drivers are put through. Winter is a cold, inhuman force, so plow drivers are trained to be cold and inhuman as well. On our first day of work we're subjected to Chinese snowflake torture - basically the same as water torture except with snowflakes, and you have to listen to Christmas carols. On our second day we're forced to run over snowmen resembling our family members. 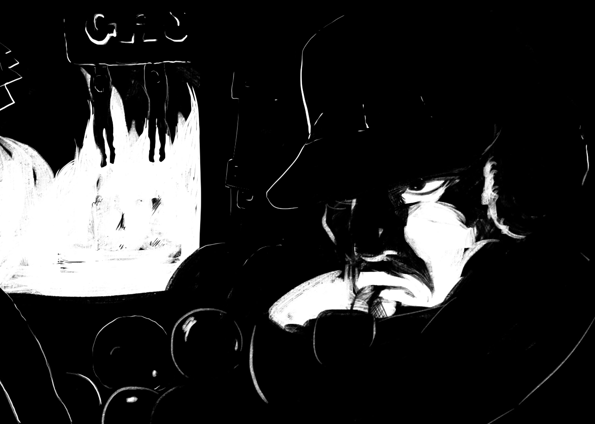 There's a fire up ahead. A gas station is in flames and people are hanging from the sign by snow chains - employees probably, though I can't tell since they've been skinned. The plowing job in the lot is incomprehensible - banks of all shapes and sizes, tire tracks that look like Egyptian symbols. For a moment I feel afraid, but it's probably just crack withdrawals. I rummage through the empty crack vials in my cab, which are made from snow globes. My dealer is a snow globe maker gradually transitioning into the crack business. Snow globes are getting a lot less popular as this hellish winter enters its thirtieth month.

It occurs to me that my dealer might also sell to the rogue driver and might know where he is. I pull into a Wal-Mart parking lot to call him from a payphone. Millions of snowflakes are falling on the lot; even the snowflake-shaped icon at the end of the Wal-Mart logo breaks off. The flakes remind me of asterisks, like the ones in my work contract saying I forfeit all rights to overtime, sick leave and hazard pay.

My dealer is no help. He's coked up and jabbering about how he tried to do a key bump but snorted too hard and now the key is stuck somewhere between his nose and brain. As I hang up I hear a high-pitched wailing in the distance. I wonder if it's the legendary banshee that plow drivers hear when they or a fellow driver are about to die. I thought I heard it one night when one of my coworkers had a heart attack. She was driving home when some snowflakes fell on her windshield in the exact shape of her dead mother's face.

Then I realize the sound is a truck's back-up beeper.