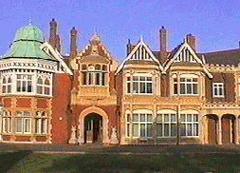 There comes a time in every person's life when they have to go out into the world on their own. Whether you're 18 years old and going off to college, or 30 years old and living in your mother's basement, there's always a time when one realizes that they have to leave their home and find a place to call their own. But choosing where to live isn't like choosing a store that has the best discount liquor at low, low prices. Selecting a home is a long-term commitment, like murdering a man but less illegal. Unless you murder a man and take his house. Then it's just as illegal.

One must consider many things when deciding where they are going to live. First and foremost, always remember money. Money, also known as "moula" or "beans", is your key to purchasing and maintaining your home, as well as many goods and services all throughout the country. Depending on how much cash you have, you can buy different quality homes, ranging from dank to swank (swank = good!). On a scale from one to dank, many of you probably only have enough cash to purchase a dank, ugly home. But for many "successful" people, like "Saved by the Bell's" Mario Lopez, the possibilities are endless.

After you've figured out your price range, you've got to decide what kind of home you're looking for. There are many different establishments to choose from, each with its own advantages and disadvantages. 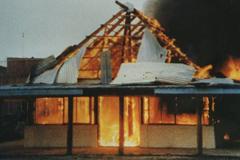 House - A house is considerably fashionable these days, with many families taking up shelter under their comfy, comfy ceilings. Probably the best choice that one can make, houses are spacious, warm, and loaded with places to hide your drinking problem from the public eye. However, houses are rather pricey, only available to those who wish to pay the terrible price of their soul.

Apartment - Probably the most common choice for a first home, an apartment is rented from a landlord in a sort of whore / pimp relationship with less pimp slapping but more closet space. These range anywhere from large, sprawling house-like suites, to the coffin-like one room "Studio". These Studio apartments are based on the idea that 3 x 5 cells work well for incarcerated rapists, thus anyone will gladly shell out 1000 bucks a month for one. For the common peasant, the studio is often the only viable option due to financial poorness - unless you get a roommate. A warning about roommates: While the odd couple made for hilarious comedy 73 years ago, picking a comically mismatched roommate now results in far more skull cracking / racism than it used to. Best to pick someone just like you: sad, alone, and dreading tomorrow. It'll give you something to talk about.

Igloo - The cold, icy tundra can be a harsh mistress. So what better way to escape the chilly weather than by living in a freezing house made of ice, snow, and built on the foundation of a cold, loveless marriage. To reproduce the effects of living in an igloo, crawl into a doghouse after smearing Icy Hot all over your body. Then have your dog maul your kidneys, to reproduce the savage Eskimo beatings you will receive.

Not actually a house, but a remarkable facsimile created in MS Paint.

Another thing to take into account is where you're going to live. Thanks to the miracle of clear cutting forests, you can pretty much live anywhere except for the moon, or the earth's core, or the moon's core where the evil moon men live and drink moon juice. However, not all places are good to live. You have to pick a community that's right for you. Again, this partly depends on how much money you have, but it also depends on your background. Here's a tip: living in a place called Chinatown is probably not smart if you aren't Chinese, or possibly Japanese. Similarly, living in a southern town called "Coon Hang Junction" wouldn't be a good idea if you're African-American. With a little research, some ingenuity, and the power of love, chances are you'll find a place that's right for you. Any place is pretty good except for that horrible West World, where the robots fight back. 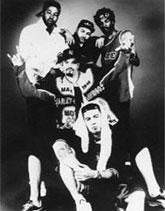 Although a classic musical act, House of Pain is not actually a house.

Finally, now that you own a home, it's time to make it your own. Decorating your house is your way of expressing your good sense of style to friends, family, and robbers. Whether you want to just throw a little paint on the walls, or create an elaborate torture den like that guy that kidnapped Katie Beers, a little elbow grease will go a long way. As a side note, elbow grease is valuable to the French, and many dirty francs will try to steal your supply, so keep your guard up at all times. Also, it's a good idea to have some help when painting your walls, otherwise you'll coat yourself with two layers of Dutch Boy brand pain. All that effort is well worth it though. You can make this one place that'll be painful to leave after your worthless dot-com fails and you have to move back in with your mother.

Hey, you're done! You can now brag to the world about how homely you really are.