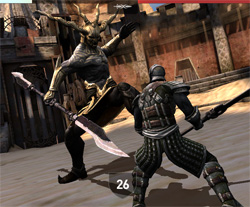 When I was hired by RT as a mobile game reviewer I believed in their mission of providing an alternative to the mainstream media in America. I didn't fool myself. I always knew RT was funded by Moscow and the government of Vladimir Putin, I knew there was some editorial involvement, but I never felt unable to bring you the truth.

Until Russian forces set foot in the Crimea.

It crossed a line with my review of Angry Birds Star Wars II.

I referred to it as a "worthy installment in the series" and "a great time waster" when I submitted my script for the teleprompter. But what showed up on the screen was that Angry Birds Star Wars II was "another example of American weakness" and "hardly fit for rats in the gutter."

Before I knew what I was doing I read the text on the prompter and I recommended everyone log onto totalgameapps.ru and download Gears Wars 5: Star Wars and Avengers Game. A knockoff of Plants Vs. Zombies with Nintendo characters that I am pretty sure was a keylogger virus.

Things only got worse when I reviewed Infinity Blade III as a "great game for pro-fascist supporters of Euromaidan and Yankee lapdogs in the UN" and then spent most of the review playing a clip that was supposedly a phone call of Estonians talking about hired gunmen shooting protesters. Then I talked to Jesse Ventura about similarities between events in Kiev and various CIA false flag operations, from the Gulf of Tonkin to 9/11.

I regret describing Rayman Fiesta Run as "another example of Western interference in Syria" and suggested the cash shop "funds Sharia murders by outsider terrorists to appease American beasts with the blood of innocents." Then I devoted most of the rest of my review to analyzing a video of a chemical attack to prove that it was faked by insurgents. 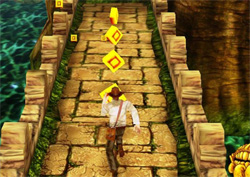 Temple Run II was the last straw. I had to suggest that homosexuals were responsible for "revolting body hypnosis in Ukraine" and that "Crimea will be liberated from USA homosexual influence." I felt more disgusted with myself than the time I had to review Ridiculous Fishing during the Olympics and was told to add a zero to the Russian medal totals.

Why was I listing Olympics medal totals during a mobile game review? Because I was doing what I was told. Just like when I suggested the US speed skaters were high on drugs and then my segment producer actually got angry at me when I said that Russia won 40 gold medals in figure skating.

You told me to "add a zero", Yulia. What the heck do you want from me?

A big thank you to all of the viewers. Without you I might still be the RT television critic giving one star to every American TV show and recommending something called Svaty 6 and a show called the The Sniffer about a guy who smells crime. They made me do that before I got to review games.

I am an American citizen and I value the truth. I was okay when it was just our sponsors telling us what to say about the mobile games. That's a healthy part of being a journalist. It's being told by a government in the midst of an invasion that is too much. My family did not escape from the Soviet Union for me to give Candy Crush one star and suggest it was for "USA sex criminal soldiers." I love my country and as of this moment I am resigning from RT.