Was the Narration in Blade Runner Really That Bad? 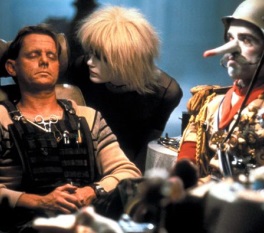 I love Blade Runner. It's atmospheric, thematically weighty, and packed with an absurd amount of detail. The version of the film most of us are familiar with is easily one of the most important sci-fi movies ever made. There was another edition, though.

In the original US theatrical release, a voice over from Harrison Ford's character outright explained many of the elements that director Ridley Scott had intended to leave open to the viewer's interpretation. Having everything spelled out completely changed the tone of the film. Even Ford was unhappy about being forced to record the additional lines in post-production.

Was the narration really a disaster, though? Let's revisit a few direct quotes.

"An eyeball is opening up. This thing is either really big or we're super close. It's looking at some kind of flame. Oh, it's a future city. There's flying cars and everything. Say, this music is super moody. Hi there, folks. Rick Deckard here. I am a Blade Runner. That's someone who tracks down illegal androids and 'retires' them. Retire means kill.

"You know, sometimes I get to thinking and I wonder if maybe I myself am an android. Weird, right? Wouldn't that be something? Then again, maybe I'm a human. Keep that little mystery in mind. Seems like it might be important."

"Right now you're looking at a Voight-Kampff test being administered. This test is designed to find out if someone is a robot by asking them questions that robots REALLY hate.

"You can't hear what either person is currently saying because my voice is drowning theirs out, but the interviewer is asking some questions and the other guy is being evasive. Now the other guy is starting to freak out. That probably means he's a robot. Yeah, there we go. He just killed the interviewer. If you think about it, he probably killed that guy because he's secretly a robot and didn't want to be captured.

"He never came right out and said why he was killing the interviewer, so I can see how you'd be confused. That's why I'm here."

"There are tears on Rachael's face. Probably because she's sad about something."

"The exotic dancer lady with the snake is running. She must have figured out that I know she is a robot, and that I am a Blade Runner.

"Now you can see that I am chasing her. Because I'm a Blade Runner, and my job is to hunt down androids then destroy them. Hey, I realize this is sort of a weird time for this, but I wonder if maybe I'm an android."

"Here I am at the noodle bar. My reason for being here is that I want to eat food and the noodle bar has noodles that you can buy and eat. I'm chewing the food before swallowing it so that I can digest it better.

"This is all taking place off-camera, but the food is being processed by my body and turned into nutrients or passed through as waste. Again, it's not explicitly presented so you'll have to trust that it's really happening."

"Pris is dressed up like one of the many sad toys in J.F. Sebastian's workshop. Hey, wait a minute! When you think about it, she's a machine, like those automatons are.

"Sebastian has a medical condition that ages his body far too quickly. The replicants have a very short lifespan. There's probably a connection there."

"It's over. Roy Batty has saved my life as his final act, all too aware of his fleeting life and desperate to live on somehow, even if only in my memory. Once again I find myself wondering if I am a man or perhaps an android.