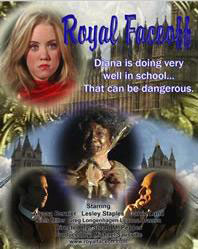 Here looks like a high quality production movie. Theres no ratings I can find for the movie anywhere so I guess it flew under the radar even though it has actors such as Stu Pepper and Leanne Braman. Worth checking out I guess definitely.

If you hadn't heard what the movie is about then let me tell you off the top of my head its about Smart, sassy and persistent high school teen Diana Arnold is learning about the role of the Royal Family. That same day, her dad Matt is purchasing some gold coins as an investment. At dinner that night, the two discover they both learned the Queen has her face on currency and coins all over the world. (More) <a href=

So I guess I'd recommend downloading it. 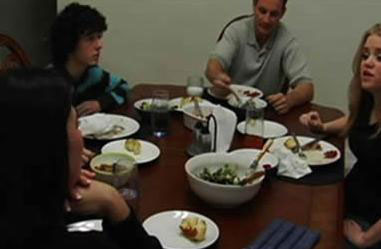 Details: 716 MBits, filmed in Florida, if the cover is any indication it might feature goblins(???)

Which queen is this about? Not going to use half of this month's alotted bandwidth to download yet another film glorifying that Netherlandic cunt Beatrix.

looks like a good movie for all the people here who have no lives or people who are so gay they died three years ago in a pool of semen that wasn't their own. keep wasting your lives okay

Fans of Sex And The City should like this soundtrack to the movie if it has songs they like. Not really sure what's on it but it is a very big release that once again shows how strong the scene is.

I am told that some of the women in this show sleep with men but I don't know if any of that plot makes its way onto the cd.

Comes in some ".mp3" extension so you might need a converter to put it to Real Audio format. If you don't have a converter I think you could probably open up the mp3 in WinRar and extract the music then rename it so RealPlayer will play it.

Details: 76.6 Megytes, infinite playing time (if u put on repeat)