I am told this is a popular American movie based on a last year's comic book that was inspired by The Hulk movie that maybe came out in 2004. Don't know much more but it seems popular enough I guess.

This version is much better than KrunkMoniC group's screener, which we posted even though it was nuked from the scene because the lens cap was on the entire time. Sorry but when you're the best release site on the internet (we are) little things slip by because they're not so important compared to how important you are.

Details: 43 minutes long (camera phone's battery ran out), with a p. tall guy partially blocking the screen and a five minute segment where the taper let the camera record while he used a urinal and got some candie (Twizzlers?) before returning to his seat.

movie way too short and blurry. this is why i don't pay for shit just download from the scene. no one makes quality movies anymore they're all blurry as hell. only sheep (americans) go to theatres to see this stuff

lolololol @ nerds watchin' comic book movies. here's a superpower you guys should get: the ability to have a LIFE

This looks like a new Grant Theft Auto contender I think. Don't know anything about this but it looks like you play as a ethnic guy in a highly detailed city with cars and cops. What you do is up to you which is why they call these games "sandbox" games since you can do anything you want in a playground sandbox.

Should be right up your alley if this is your sort of thing I guess.

We always ask that if you like a game that you downloaded, please support it by e-mailing the company that made the game and letting them know you thought it was okay. 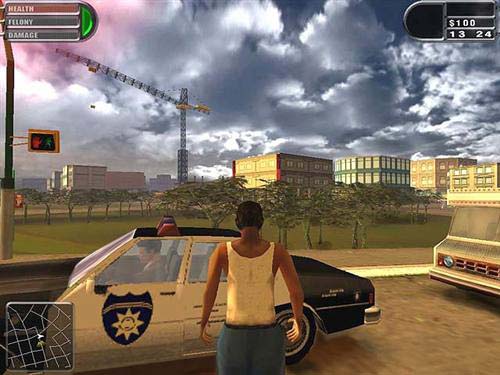 Details: 52.1 MegBytes, requires all anti-virus software turned off and uninstalled

oh yes lets all play video games oh boy were in our moms basement oh boy. hahaha now please excuse me while I go drive to the store for a pack of smokes in my FERRARRI losers

Does anyone know if this game has children/animals in it you can run over or shoot? I'm pretty disappointed in games like GTA and Fallout 3 because they're so unrealistic for not having kids and animals.