No Bones About It: Obamacare's Pro-Skeleton Agenda 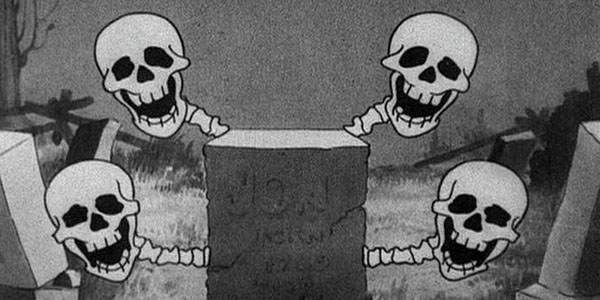 Guest Columnist Dylan GroblerAs we get ready to retire the fake cobwebs, plastic witches, and lawn tents containing accurate and shocking recreations of partial-birth abortions, one familiar element of the Halloween season isn't likely to fade with the coming of All Saints' Day. Of course, I speak of skeletons, or "Skeleton-Americans" for you overly sensitive P.C. types. We had a much different term for them during my boyhood, but these days a man can't speak his mind in a public forum without finding himself fighting obscenity charges in "President" Barack Hussein Obama's twisted Kenyan parody of a legal system. Reverend Gunderson might not have approved of my creative Gospel reading, but I assure you Jesus would have used all those words if he had access to the sheer amount of Pat Buchanan literature that I do.

The only true obscenity here, friends, is the socialist nightmare of Obamacare, which allows the least productive members of our society to continue sponging off of hardworking Americans in a dishonest attempt to stay fat and smiling. And though they have no girth to speak of and offer few ways to read their facial expressions, there's no denying this Communist plot is engineered to help those mirthful members of the undead stay on their feet -- presumably to keep dancing, since that's all they seem to be good at. Hey, sometimes stereotypes exist for a reason.

I've been an outspoken critic of skeleton culture ever since I had the displeasure of living next door to their kind. After what I like to call a "hat trick" of divorces landed me in our city's unseemly skeleton district, what I saw there really opened my eyes to the inborn irresponsibility of bone life: in lieu of searching for one of the many sanitation or food service jobs our society so generously provides for them, these "creatures of the night" would rather spend their days orchestrating juvenile pranks and their nights laughing troubles away to the dissonant tones of obnoxious xylophone "music." If I had my druthers, I'd put them all on a ship and send them right back to the graveyard. 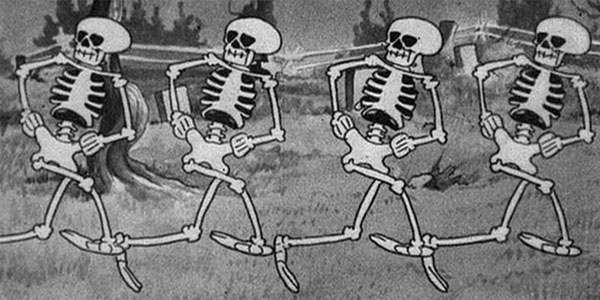 As heartless as I may sound to some of you, I don't find anything wrong with the country giving back to those who spend their days proving their worth as productive workers. I toil for 40 hours a week in the offices of Carpentry World, crafting my column, "Nailed It," where I devote nearly 800 words a month to the various types of nails hardware manufacturers are nice enough to send our publication. But do I see the same sort of pride in the work done by shiftless skeletons? I happened to visit a skeleton owned-and-operated Burger King last week while getting my oil changed, and the service afforded to me -- if you could even call it that -- was shocking. Not a single one of them would refill my Diet Coke, no matter how much I screamed at or insulted them from my booth, and when I complained about their Draconian ketchup packet rationing policies, my honest feedback was met with comical shrugging. It's a good thing I don't tip, because if that establishment allowed tipping, I wouldn't.

Certain multicultural movements have asked us to "embrace the skeleton inside of us," which has been one of the greatest lies the lamescream media has tried to shove down our throats since The Challenger "disaster." Sure, go to your local doctor, and he'll be happy to tell you all about the skeleton living rent-free in your body -- he has to, under the provisions of the Unaffordable Scare Crack (Affordable Care Act). I happened to look up a God-fearing, freedom-loving physician thanks to the assistance of The Cato Institute, and was happy to hear the very structure of my body is composed of a chitinous material he called "flag-like" in nature. His honesty will no doubt earn him a lifetime of burning Constitution replicas in the FEMA camps, but that's a small price to pay when it comes to helping one of your fellow Americans cope with the unspeakable horrors of Restless Leg Syndrome.

As I write this, skeletons the world over have begun their assault on America's economy, and are no doubt booking appointments with the finest osteopaths our system can provide. Our only recourse is to spread the word about the skeletons in Obama's closet. And yes, I mean that literally. Surveillance photos have shown that the walk-in closets of 1600 Pennsylvania Avenue can hold up to 20 human beings or 25.6 skeletons, meaning that a secret "marrow government" could be pulling his strings from between the taxpayer-purchased designer pantsuits of Michelle Obama. If the people of America turned a blind eye to the dozens of murders of Bill Clinton, this Patriot has zero faith in the brainwashed populace identifying a much less obvious conspiracy. Wake up, America! Because our skeleton nightmare is just beginning.