The Most Badass Rifts Cover Art According to Steve

Steve and Zack are your tour guides for a journey through the finest cover artwork (according to Steve) produced by Palladium for the Rifts franchise. Since the 1990s Palladium has been asking some of the greatest artists working in role playing, and some other guys, to render Kevin Siembieda's vision that looks suspiciously like Steve's dreams. 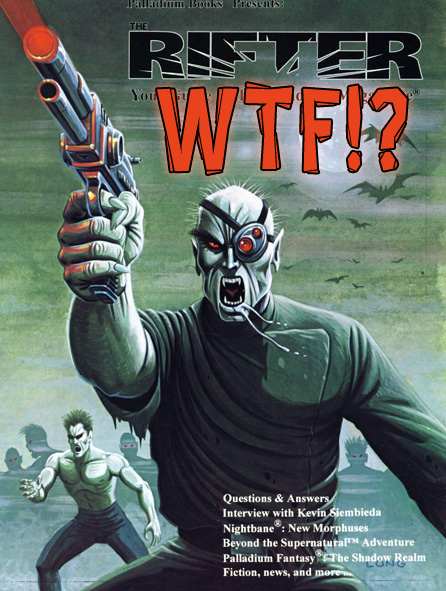 Steve: There's no glittery romantic vampires in Rifts. These suckers live in pyramids and eat the crap out of you.

Zack: They eat crap out of people? Oh man, they are disgusting.

Steve: Just appreciate this dude don't make your jokes. Look at all the conflicting elements: the savage scream, the drool, the eye patch with gems or cyborg eyes, the laser.

Steve: You just messed with the wrong Dracula, Van Helsing.

Zack: If you're a vampire resorting to laser blasters I think you have slipped up somewhere.

Steve: Why limit yourself?

Zack: That attitude is why we have hamburgers on pizzas now.