Portrait of a Sneeze Fetish Model 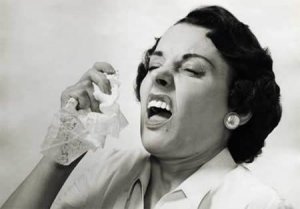 Emma is a sneeze fetish model. She does videos where she sneezes or contracts colds, with close-up shots of the rhinoviri entering her body. In today's video she's doing forced sneezes, where a man holds a handful of pepper under her nose. She secretly enjoys these videos the most. While she hates being dominated during sex, her sinuses are naturally submissive.

Emma's costar is thin and pale with a bland, anonymous face like a serial killer. Men in sneeze fetish videos need a spectral, almost invisible presence to preserve the viewers' intimacy with the models. Emma ignores his creepy come-ons - he invites her back to his place and claims he can make her sneeze without even touching her - and thinks of all the drugs this shoot will buy. She models to support her addiction, if addiction is the right word. Sometimes it seems more like a law of physics, like the drugs are naturally attracted to her like magnets are to the north pole. She wonders if this means she has a south pole, a twin somewhere who's never done drugs or made sneeze fetish videos. If so, she's glad she's never met her.

Emma inhales the pepper and makes a cute atchoo sound, going up an octave on the choo part. She hopes she isn't overacting, or getting snot on the skirt and blouse ensemble she carefully selected from her walk-in closet, which is so large it has its own horizon. She's incredibly self-conscious on camera, to the point where she worries what her thoughts look like. It's possible, after all, that the microscopic cameras used to film her colds have found their way into her skull. It's possible that this was their purpose all along - to film her brain so an audience of men can watch it on an imax screen, laughing at/masturbating to her neurons sneezing information at each other.

The holographic rain always falls at a slightly canted angle. Sometimes the rain outside Emma's apartment falls at the same angle, which drove her insane to the point that she paid to have her entire apartment tilted. Some mornings she wakes up in her bathtub covered with cuts and isn't sure if she attempted suicide or fell out of bed and slid into her bathroom. 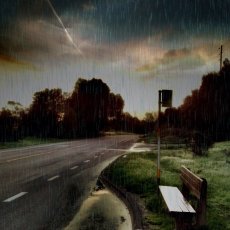 It's raining at the bus stop. Emma feels herself catching an unplanned cold and sneezes. She flushes with anger; she hates sneezing in front of people for free. As she waits for one of the busgoers to say "God bless you" - a remark she's always found ironic - she wishes the urban myth that sneezing kills brain cells were true. Her brain, lately, has felt like a prison, like a sneeze fetish dominatrix house where she's trapped on the second floor. She can hear skeleton dominatrices and their clients downstairs breaking furniture, and sometimes when on drugs she hears monsters in the attic doing things she can't imagine.

Once while looking for an exit she found a hallway leading to the memory of her teenage self breaking into a homeless man's tent and stealing a thumbdrive full of sneeze fetish videos. She knows this was what got her into modeling. Not the thumbdrive but the act of stealing it. Her modeling career has been a perpetual reenactment of that theft, that criminal act that made her feel young and alive but also, because the tent smelled like soot and dead fish, a little dirty.

Then she realizes none of the busgoers noticed her sneeze. This makes her feel even worse. She wishes she could talk to them, tell them all she's been through, but she knows they'll never understand. Her story is destined to be lost forever, like phlegm in the rain.