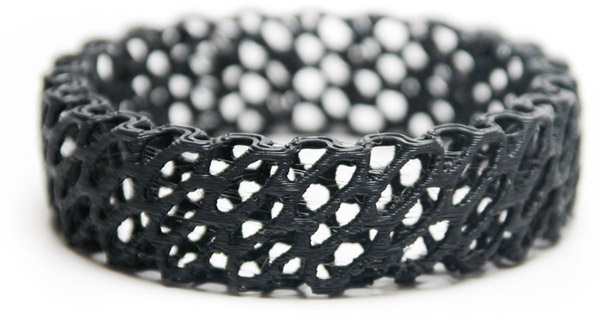 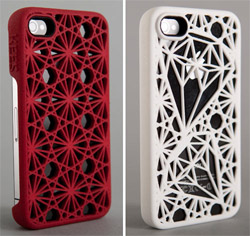 I'm part of a movement. We call ourselves Makers because we take ideas and make them into a reality. I started out paper crafting video game characters, but once I got my Gojobit 3D Printer I have devoted myself to reinventing the world around me. With a 3D printer and a supply of multi-use medium, the only limit is the imagination. And the 4"x4"x4" print area.

The old Gojo is running at most hours, doing rapid prototypes for my latest innovention. Just yesterday I thought, "What if a doorknob was covered in a plastic honeycomb?" Sixteen hours in the software and about an hour of printing and cleaning and I had my first doorknob cover. My hand will never slip off a doorknob in my house again.

You might have seen some of my work on MakerHub, although they took down my Bayonetta figure for copyright. That's okay. I am working 100% original material now. Have you heard of the 3D printed gun? Pretty soon anyone with a 3D Printer who knows how to print and assemble the pieces will be able to have their very own extremely fragile and inaccurate gun that would probably be better if it was made out of a spoon and a piece of bamboo.

I'm working along similar lines to develop the world's first 3D printed samurai sword. The blade will have to be assembled and you can't use it to cut anything because the plastic will shatter if you try to create a sharpened edge, but it will look great in the honeycomb sheath I have desgined.

One of the best parts about being a Maker is the community. We hop on IRC or Skype it direct and talk about ideas and how to turn those ideas into plastic reality. Like, what if we could 3D print a submarine? That's the sort of question we're asking. OzMoses is working on that. So far he has a honeycomb periscope handle that is twice as ergonomic as a normal periscope handle. I'm working on the website and some fiction for the Kickstarter. We're gonna need a lot of plastic for the 720,000 4" hull sections.

Oh, it's not just a hobby either. I took my first commission this week for a bong based on a fingerprint. I scanned a fingerprint and then loaded that into my design software. It has this great, textured, honeycomb feel to it. 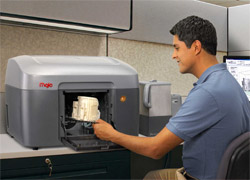 When I think about the ability of the 3D printer to democratize commodities I think about how the world is going to change completely. Anyone, anywhere will be able to have as many plastic honeycomb objects and flash-covered, heat-fused blocks as they want. All they need is a 2,000 dollar printer, an understanding of operating and designing for 3D printers, and a few hundred dollars worth of plastic substrate.

There is already a lot of 3D printing activism. I'm part of ReMake Africa, which has raised the money to send a 3D printer to a small village in Swaziland. They asked for two goats, but the way I see it, is you can give a man a goat and he will eat for a couple days, or you can give a man a 3D printer and he can create figurines based on the villagers for a lifetime.

You don't have to be needy to need something that a 3D printer can provide. I designed and printed an...ahem...aid...for my girlfriend. It is based on a broom handle and made out of a realistic plastic honeycomb mesh. Rigid and flexible and, after a few break-aparts in unfortunate places, I think I have all the kinks (pun intended!) worked out. 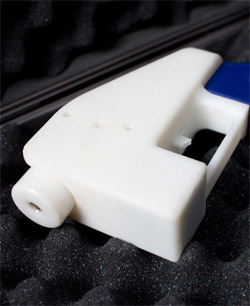 Another project I have undertaken is the first semi-official physical Bitcoin. I even got the go-ahead from Nakamoto on Twitter. He said, "Give it a shot!" So far I have figured out how to put skulls or my own face onto one side of a puck about three inches across.

I've tried making it smaller and thinner, but then it breaks like a dropped cookie if you touch it. I'm going to be working with some exotic substrates I was turned onto by some people at MakerHub. Some nanotube type stuff. It costs about four times as much, but this is just the prototype and I figure that price will come down as more and more people start printing their own Bitcoins.

There's also Project X, which I'm not supposed to talk about, but basically it's the ultimate step in Maker culture. Yep. We're going to print a 3D printer. We already have a working prototype in Minecraft, we just need to export the plan and then figure out ways to print metal and circuits and rubber. It sounds impossible, but imagine telling somebody from 1950 that they could create a bracelet in their own bedroom in under half an hour. A bracelet that would last for days and be resistant to water. A bracelet that finally stopped turning my wrist the same color as the plastic. Mr. 1950s would have his little mind blown by our modern technology.

We're not going to change the world. We're already changing it.