As pretty as you are, you could still use a facelift.It occurred to me just recently, last week to be exact, that the computer game I've played the most over the last ten years is Solitaire. Screw your fancy "Battlefield 1942" murder simulators, Solitaire has commanded my attention for a long, long time. Like an artist, it draws me in. Like a renegade masseuse with nothing left to lose, it touches me in forbidden spots. Solitaire knows how to satisfy the delicate subconscious urges I have to stack cards in a numerically ascending order. No one else does. No one. Unlike other games, Solitaire's simple yet versatile gameplay has yet to tire on me. Why you can just Solitaire your heart out and then laugh and Solitaire some more, and all the crushing pain of modern life will seem like nothing. Whether I'm on the phone, waiting for a file to download, tied up in an abandoned warehouse, or just looking for a quick distraction, Solitaire jumps out of the plane of action and parachutes into my soul.

But like all things, Solitaire is not perfect. It seems to me that this old game is starting to show a little bit of age. Now I know there is nothing wrong with growing old, except for dying a horrifying death, but wouldn't it be great if things didn't have to end in such grand tragedy? Sure, right now Solitaire is poetry in motion, but how long before those motions become no more than bowel motions? And truly, has there ever been a good poem about bowel motions? I think we can save Solitaire, and I know just how to do it. The time to act is now, and that's why I'm lifting the veil of secrecy on the most important thing I've ever done. Ladies and gentleman, the time for a sequel to Solitaire is now! It's time for…

SOLITAIRE 2 (THE SEQUEL TO SOLITAIRE)

It's clear from the start that to recreate Solitaire in an even better way, you need to start redefining the rules. Now with Solitaire, you have a solid core to work from, but it is not sacred and can be changed. You want the game to be more exciting, and that means taking the old rules, sharpening them on a grindstone, and then maybe using them to slash a droog's face open in a good old feast of ultra violence. As hard as it sounds, I believe I've done it.

Fast at work in my aboveground bedroom, I've been laboring away as hard as a non-American worker. The work has been tedious and burdensome, but it has also been rewarding. After a lot of brutal slaving, I completed this masterpiece of a game. Here is but a short overview of the features that made Solitaire 2 the worthy follow-up to Solitaire 1.

Physics and collision detection lets you see cards ricochet off and interact with each other in realistic ways. Slam a card down too hard, and see it mess up your neat stack. Hell, forget neat stacks, card playing is gritty and Solitaire 2's engine specializes in showing you just how messy things can get.

Advanced graphics engine enables cards that glimmer and shine realistically, reflecting and refracting light. With highly detailed textures and bump mapping capabilities, these cards will seem so real you might try to eat them. But then you'll feel pretty stupid, because you aren't supposed eat cards, especially virtual ones. Other features include Level of Detail (LOD), to ensure card geometry increases in complexity as you get closer. The Solitaire 2 Engine can also render hundreds of cards at once, so now matter how intense things get, you'll never have a slowdown. 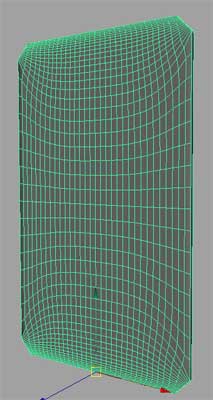 Skin support for expanded graphic possibilities. Use your talents to create new card skins or download pre-made costume skins from the World Wide Internet. Want to make your cards more badass? Want naked women on them? The power is yours.

Death animations for defeated cards. See them twitch, flail, and bleed in horrific ways, dying for your amusement.

Motion blurring for rapid card movements. See these cards streak across your screen when you drag them lightning fast. Keep doing it, because it looks cool and serves no other purpose!

Hero cards with expanded abilities such as spell casting or special attacks add action, adventure, and an element of danger.

Level ups allow you to make your cards more powerful. Sick of that useless three of spades sitting there? Power it up to a four of spades!

New suits take you beyond the four suits of old. Clubs, spades, diamonds, and hearts are just the beginning in the expanded universe of Solitaire 2! New factions are competing, and they include clovers, hammers, hot dogs, batmen, prostates, and vanilla crème wafers.

Unlock new cards by winning the game or uncovering secret codes. New cards take the game to new limits by expanding the number of cards in a suit. Look out for the dreaded Emperor, Saint, and Robocop cards with their increased values.

Wildcards! What do they do? That's for you to find out!

Extensive multiplayer mode with clan support. Organize Solitaire clans and wage a virtual war online by playing by yourself at the same time as other people!

Russian techno soundtrack that captures the intense mood of Solitaire with a deadly barrage of boomtisk. If your head were a seat, then your ears would be on the EDGE!

Authentic card sound effects beautifully recreate the real sounds of playing card games. The sound will be so amazing you'll think tiny demons are shuffling decks of cards inside your brain.

Unfortunately, right after I finished this game, I forgot to hit save and all my progress was lost. Still, it was a thrill to make and I think I really went a long way towards redefining Solitaire. I don't know if I'll ever take the time to remake Solitaire 2 again and remember to save it, but probably not. I'm a busy man, and while I could take a break from my usual activities of doing nothing short of nothing, I don't want to. Why don't you go make this game, you big jerk.