I haven't seen Avatar, due to my long-standing policy of avoidance regarding films that use any form of the phrase "we're not in Kansas anymore" during their trailers. I'm glad they included this dialogue, because otherwise I might have become immersed in Pandora, the movie's purportedly not-Kansas-like fantasy world, and then suffered from crippling disillusionment when I exited the theater and realized that I was, again, very much in Kansas. This is a real thing that happens to people, as chronicled in the three-parts-and-counting Avatar Forums thread "Ways to cope with the depression of the dream of Pandora being intangible." Unlike most crazy-sounding stories forwarded about the Internet with the vaguely credible citation "it's true, it was on CNN," this actually is true, and it was reported on CNN.

I can relate to these people and their feelings of profound unfulfillment: I was totally inconsolable when I realized I might not live long enough to witness the awe-inspiring futuristic wonderland depicted in the film Aeon Flux. I built a hanging mobile of the film's magnificent floating dirigible, and watched it longingly every night as Graeme Revell's majestic score steered my dreams toward the walled city of Bregna. I had my feet surgically replaced with a second set of hands. And I started concocting a virus that will kill 99 percent of the Earth's population in 2011, thus hopefully setting the film's events into motion. I guess what I'm saying is: Stop whining, people, and make Pandora happen! You can start by cross-breeding with cats and scanning the Alpha Centauri star system for undiscovered moons.

Suggestions from Avatar Forums members about how to deal with Post-Avatar Depression: 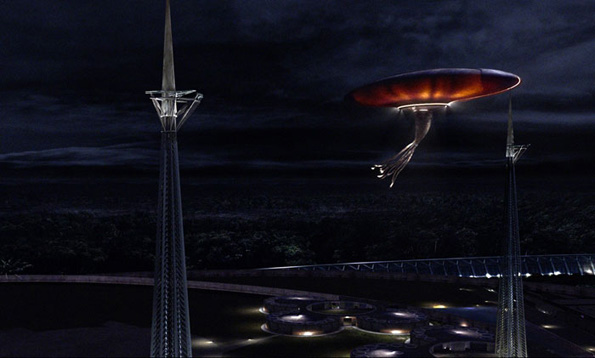