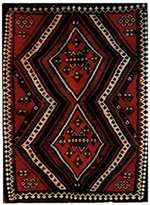 Acceptable outfit for female Taliban members, assuming one of these is stapled to every three inches of their body.

Although Zack and I have made our fair share of Scientology jokes by repeatedly mocking their belief system, lightheartedly poking fun at their doctrines, and spreading malicious slander and libel against them, I would really like to emphasize the fact that this site doesn't solely revolve around bashing Scientologists. For example, we also pick on children with incurable mental handicaps, many of which cause them to create large wading pools of drool in public places while screeching about firetrucks or Cap'n Crunch. So in the interest of equal opportunity mockery, I would like to take this moment to examine another group of religious nutballs and point out the many reasons why we firmly believe they're absolutely crazier than a bucket of hair.

Taliban kisses goodbye to lipstick, movies - On Thursday the Taliban placed bans on the import of 30 products including playing cards, computer discs, movies, satellite TV dishes, musical instruments, cassettes and chessboards, after declaring them un-Islamic. Other items listed as banned for being "against the Sharia", or Islamic law, include fireworks, statues, fashion catalogues, greeting cards featuring pictures of people, lipsticks, nail polish and neckties.

Technically speaking, the Taliban isn't a religious group, but is instead a large number of people with automatic weapons and mortars. While this isn't strange by itself, the fact that they are not located in Texas really makes their group noteworthy. The Taliban is a gang of fundamental Islamic students who majored in "Advanced Killing People Studies" at the University of Fucked Up Human Beings. In just three years or so, they successfully captured more than two-thirds of Afghanistan, a region of land that is known for its mass exports of sand and weeds. While taking over the Afghan capital of Kabul isn't much of an accomplishment to write home about, especially since it changes ownership roughly 10 times a month and is routinely taken over by special education kids on field trips, it was a gigantic moral victory for them because the name "Kabul" just sounds really cool and mysterious.

As you can see by this dialogue, the Taliban is shrouded in gobs and gobs of mystery and intrigue. A good chunk of this mystery and intrigue manifests itself in the fact that the Taliban strictly prohibits about 10 zillion different things, with new everyday objects being added to their list, well, every day. They figure that if people aren't praying religiously every second of their lives, they will fall prey to "the dark side" and be corrupted by intensely Satanic objects such as fashion catalogues, chalk, hair curlers, trampolines, and copies of The Sims. Apparently the Taliban wants all their members to stay away as far as they can from such unholy items, as it distracts them from their more important holy goal of making buildings fall down and causing babies to be blown up. 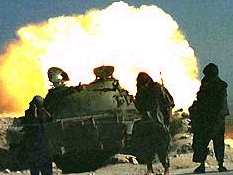 The Taliban make something explode. This will result in them banning the import of crayons and cotton socks.

So how did Afghanistan turn into Wacko Central this last decade? Not surprisingly, the United States takes a part in blame. Back in the late 1970's, the evil rat bastard commie Red Menace Soviet Union decided that it should strategically take over Afghanistan, as it did with Ukraine, East Germany, Hungary, Czechoslovakia, Ireland, Canada, and downtown Terre Haute. The Soviet Union didn't really WANT to take over these locations, but since they were the bad guy of the time, they were contractually obligated to. In addition they were also required to create terror death zombies from their own citizens in grotesque medical experiments, but since the Soviet Union spent all their money on red paint factories, they never had enough funding. During their invasion, the Soviets ran into trouble when the citizens of Afghanistan decided to start up "PROJECT: KILL THE SOVIETS," which was successful up until the point that the citizens realized it wasn't successful at all, and they were subsequently taken over by the Red Menace. However, Soviet rule didn't last long, as the wily Afghans eventually evicted the Soviets on February of 1989 for failure to pay electricity and water bills. During that time over six million residents fled the country fearing that they would get blown up, and instead elected to get blown up in either neighboring Pakistan or Iran. Even though the Soviets were "kicked to the curb" (that's some phrase I heard on "The Jenny Jones Show"), the victorious Afghan mujahidan factions, many of which were supplied and trained by the US, continued to fight amongst each other like bickering guests on "The Jenny Jones Show." This shows the tremendous affect that Western media has had on their culture, especially since "The Jenny Jones Show" wasn't even around during the late 80's. The Taliban took this moment of weakness to sneak in during the middle of the night, leave their underwear and dirty clothing all throughout the capital of Kabul, and then claim they had taken it over. Since the citizens had to decide between the Taliban, which was heavily armed and extremely insane, and the remaining mujahidan factions, who now had less members than your average string quartet, they chose the Taliban. BIG MISTAKE.

The Taliban took no time in enforcing their strict religious Islamic code of laws which is 600 billion pages long and doesn't contain hardly any pictures or car chases. While most religions concentrate on helping members better themselves and their community, the Taliban's religion hinges on the following key cornerstones:

Of course there are more aspects to their interpretations of the Islamic religion, but I chose the two that made the most sense. The Taliban really hates women because their founder, Mullah Mohammad Umar, was apparently turned down by some girl before his 6th grade prom. Ever since then he has made it his mission to embarrass and humiliate women as much as possible. The Taliban passes all kinds of new and wacky anti-women laws every day, each one more goofy than the previous. For example, women can only go out into public if they meet all of the following requirements:

1) They have a 500-foot throw rug covering them and this rug does not contain the color yellow or any pattern starting with the letter "d".
2) They are accompanied by at least 10 men, the shortest of which must have a beard longer than a wagon wheel.
3) The 10 men must chain up and lock the woman to a hitchin' post whenever they enter a saloon to kick back a few whiskeys and talk about the Gold Rush. No wait, that was cowboys and their horses.
4) The woman must not ever speak except when being smashed in the head with a "Woman Smashin' Stone," at which point she can only say that she wants to be hit some more.
5) The woman must stay in the shadow of a man at all times, under the penalty of being put into a catapult and flung into an active volcano.

Even the Soviet Union, which is now known as the less menacing and less red "Russia," has realized how insane the Taliban is, and is supplying anti-Taliban groups with tanks, guns, and explosive objects. The Taliban responded by banning Russian tanks, guns, and explosive objects, in addition to paper towels, refrigerator magnets, foam hats, packing material, linoleum, and any RonCo product. As you can see, the Taliban is fairly convinced that the solution to any problem lies in banning the import or use of random household objects, since women and compact mascara mirrors are obviously to blame for Russia shooting at them. I for one don't agree with this; I firmly believe that the nefarious Scientologists are to blame! I mean, any group of religious people who believe in carving magical symbols into their buttocks while robbing gas stations to pay for their admittance to level 52-C of Scientology obviously share most of the guilt. And don't even get me started on how Scientology is directly responsible for global warming and the Jewish holocaust.

I'd like to welcome the newest section to Something Awful, The Official Fireman Comics homepage! That's right, the comics you knew and loved as a child finally have their own "web page" on the "Information Superhighway!" I hope I didn't confuse you with the two previous terms! Regardless, here's something that will: today's Fireman Comic!

Head on over to the official Fireman Comics homepage and join in on the fun!