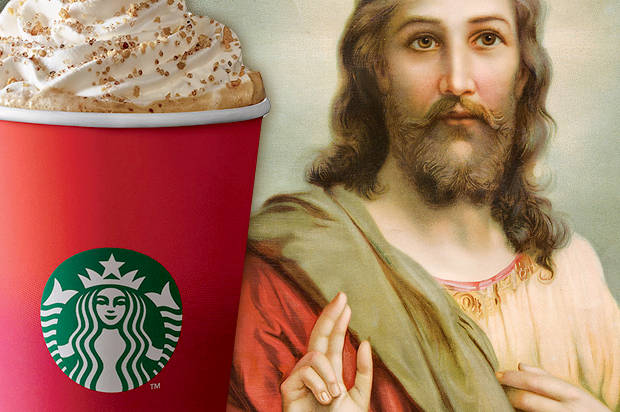 The 2016 CHRISTMAS season will go down in histhory as one of the most ferocious campaigns yet, filled with enough identity politics, Soros misthinformation & pedophile-enabling mainstream media reporters to fill a thousand university camputhses. Here are my findings -- please RT to keep our children safe!

12/24, 9:45 AM: The Wal-Mart greeter wishes me a Happy Holidays, just as my sources had warned. I ask her which spethcific holidays she is talking about, then stare at her (Orangutan Mindmove) until I exit the Wal-Mart backwards, never breaking eye contact.

12/24, 11:10 AM: Stharbucks handths me a cup that doesn't have the phrase "Merry Christmas" on it 400 times like all coffee cups used to forever. Sthandard attack: accuse the barista of being a pedo (he probably is, has the look), tweet his photo, leave without paying for my half-caf skinny peppermint latte. Cuckmate!

12/24, 2pm: As all right-thinking thitizens know, the current vaccine schedule is poison. I attempt to explain this to Santa, who seems confused (Soros shill?) A mall security guard asks me to leave, even after I explain to him that he iths a cuck and I am friends with high ranking NSA officials who will ruin his life. What will it take to get through to these people? I am trying to be nice.

12/24, 3:45pm: The Bing Crosby song "Happy Holidays" comes on the radio. Thinking quickly, I crash my car into a nearby homeless shelter, dithsabling the radio immediately. "ONE DAY I WILL FIX THIS!" I shout. "ONE DAY I WILL QUANTUM LEAP TO 1942 AND MAKE IRVING BERLIN CALL THE STHUPID SONG MERRY CHRISTMAS, MOTHERFUCKERS!!" The homeless do not applaud as expected. Perhaps they are on the payroll of Carlos Slim himself. Time for Wendy's.

12/24, 5pm: I see him, clear as day: a pedophile. My sworn enemy. The slight smile, darting eyes, inability to differentiate between fantasy and reality. Time to bring this perv in...for justhice.

12/24, 7pm: I have heard many good things about this "Turboman" doll from sources in the 4chan and Twitter community. However, numerous toy sthore employees all tell me the same thing: this iths not a real doll. How could so many different employees from different sthores all be telling me the same thing? Conspiracy. Obvious conspiracy. The New York Times is feeding them talking points written by Lena Dunham herself. I will sthop at nothing to get my hands on this "Turboman" doll, as it will make the ultimate pedo bait, and also looks to be great fun.

12/25, 1am: My nightly eighteen hour patrol of various liberal university camputhses. Two young men sit on the steps of a campus dormitory, smoking cigarettes. They are not causing trouble, which is very suspicious, as a troublemaker would likely cause no trouble in order to deflect suspicion. I leap out my car's new sunroof and perform a combat roll, landing before them, screaming, "NO SAFE SPACE HERE, MOTHERFUCKERS!" They take off running -- doubly suspicious, as innocent men would have nothing to hide. Easily disable the first with a Twitterang, second heads for the ultimate palace of liberal lies: the library. Only sothlution: burn it to the ground, sethending all that sithence sthraight to Sathan himsethlf. Merry Christmas, friendths!