Things My TV Taught Me

Millions of years ago humans learned the hard lessons of life from dinosaurs. Thousands of years ago we learned our lessons from Egyptians with whips and various wandering tribes of kobold brigands. In the early 20th century our children learned their life lessons from radio serials like "The Shadow," "The Phantom" and "The Insubstantial Hero." Radio fell by the wayside in the latter half of the 20th century and by the dawn of the 21st century our offspring were lucky to learn anything that didn't come out of either a TV set or a bare electrical outlet.

To celebrate the age of the TV teacher I would like to share a few of the lessons my TV has taught me. 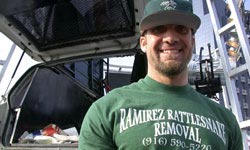 If only they made a flat-billed dunce cap. "Monster" Means "Stupid"

For many years I was under the naïve impression that monsters were creatures that populated fairy tales and random encounter tables. Then I learned that "Monster" was an adjective that gear head Jesse James uses to describe things that are stupid. Do you want a car that looks like a giant pie and has lasers shooting out of the top and the whole thing is on hydraulics so you can tilt it vertically? That's a "monster" car and you can get it at a "monster" garage. Do you want a house that has a model train that drives through its vents and a refrigerator that sounds an air horn whenever you open it? Then you want a "monster" house, courtesy of Jesse James!

Similar to this new definition, I have learned that an "American Chopper" is when you take a motorcycle and make it look like Rudolph the Red Nose Reindeer or a POW memorial. A Monster American Chopper would be so stupid that it could literally threaten the laws of science. 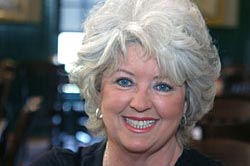 Hey, ya'll, my two ingrate sons are here to help me eat all these deep fried pies! The Louder a TV Chef, the Less Healthy Their Food

Paula Deen screams "Hey, ya'll!" and serves butter fried in lard and topped with ice cream. Rachael Ray declares triple cheese macaroni and sour cream to be "Yum-o!" Emeril, don't even get me started, the knob will fly right off his oven and into a vat of pork fat with a whole bottle of whiskey and he will "BAM!" it with a side of cream while the audience hoots like they're on Arsenio. Meanwhile, the whispering and cooing avuncular chefs of Food TV with their soft lighting and Vaseline-smeared cameras will offer up grilled tofu and shaved fruit ice.

The only exception to this rule is if the TV Chef is hosting a show about low-carb cooking. For some reason low-carb cooking requires the same degree of shouting as high-fat cooking. A side lesson to all this: if the TV chef has a chalk board you can expect the number of steps in a recipe to be tripled or quadrupled. I'm looking at you Alton Brown, mister you-can-capture-your-own-water-with-these-dew-traps-to-boil-spaghetti. 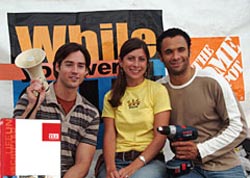 Accepting nothing less than, Never Leave Your House for More Than 48 Hours

If a friend or coworker suddenly asks you to go on a weekend retreat with them you have to turn the offer down. If you don't there is a good chance you will come home to find all of your chairs painted bright orange, a bunch of framed finger paintings on your wall and a heap of pillows covered with hot glue and leaves. Then you will see that and have to act really happy in front of a camera that your wife or girlfriend spent all weekend turning your office into some sort of horrible arts and crafts abortion. Go ahead; open that big ugly MDF cabinet that looks like a skateboard. That's where we put your TV! The ceiling fan you relied on to cool the room? Oh, that made the ceiling too busy. If you don't gush with excitement over the changes then you will look like the biggest asshole ever. America just watched an hour of your significant other busting their hump to do something retarded. 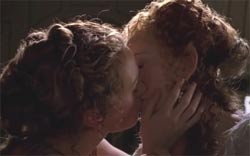 Danny the Dog doesn't deserve you, Octavia. Swearing is the Bat Signal for Homosexuals

The presence of homosexuals may not necessarily mean people will start cursing like sailors, but if people are cursing like sailors there will be homosexuals. It's one of those square/rectangle rules of television. "Six Feet Under," the "Sopranos," "Rome," "Carnivale" and "Deadwood" are shows rife with swearing and, as if conjured by magic, homosexuals appear. Showtime's slightly less-loved original series follow a similar rule. Conversely, shows like "Will and Grace" or "Queer Eye for the Staight Gay" are laden with gayness, but have no swearing. Therefore, the homosexuals are not necessarily the source of the swearing, but rather seem drawn to it as a gay moth to a foul-mouthed flame. 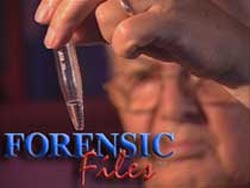 Fluids by one of the hundreds of serial killers I've never heard of before. It's Surprising Anyone is Alive Still to Create Court TV Programming

Court TV is probably the worst introduction to the United States any foreign visitor could hope to experience. Every show is a detailed study of how Americans brutally murder each other. Our houses and hotels are filled with mysterious stains that reveal themselves as blood with a spray of luminal. Phalanxes of serial killers march through our streets, raping and eating the hearts of anyone who stands in their way. Our computer hard drives contain hundreds of gigs of chatlogs that prove we lured those teenage girls out to the woods. The insane volume of unique murder case files covered by Court TV transform even the most infamous crimes and criminals into mundane by-the-numbers reality TV. The programming is so overwhelmingly bloodthirsty that at times I am amazed that I am both alive and not in prison for murder. Yet. 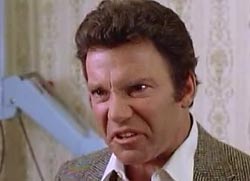 COOOOOOOOOOOOOOOooooooooooooppppps! If You Put a Camera On Pretty Much Anything, It's More Interesting Than a Sitcom

Many lament the explosion of reality TV as the death throes of the situation comedy. These reality shows are much cheaper and faster to produce than even a low budget first-season sitcom. The reality that most people refuse to acknowledge: as bad as most reality TV can get, it's still better than most sitcoms. I think the best evidence of this comes from the longest-running Reality TV show: Cops. "Cops" has so many episodes that virtually every channel with a little bit of late night free time airs "Cops." When I'm changing channels and I come across a rerun of almost any TV show I'll just switch past it, but if I see Cops there is some sort of primal need to sit there and watch people yelling and getting wrestled into a police car. No amount of snappy writing or hilarious one-liners can ever top some cracked-out hooker declaring herself to be a vampire and trying to bite police officers.

This should serve as a slightly different lesson to other reality shows. The more produced the reality show gets, the worse its shelf life. I can watch ancient episodes of "Cops" where Sheriff John Bunnell was actually still a sheriff and not narrating police chases, but I can't sit through 30 seconds of the original "Survivor." To be fair, I can't sit through any episodes of "Survivor," but those old ones are downright horrifying. They're so garish it's like watching a clown climbing the Aggro Crag set to opera music.

Valuable lessons, all of them, but the most imporant lesson to learn is to never get attached. All of the really good shows will be cancelled before their time. Your favorite show is doomed. That's because the audience for shows like "Arrested Development" and "Deadwood" were mostly killed off by the dinosaurs and Egyptians with whips. A few stray strands of DNA managed to sneak past the talons of pterodactyls and spread to the present day. Unfortunately, they barely add up to a one share.