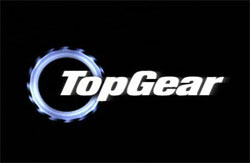 The current incarnation of BBC's automotive program Top Gear has a worldwide audience of over 350 million viewers, including many who wouldn't categorize themselves as car enthusiasts. There are many reasons for the show's popularity, from the brutally honest reviews to the unparalleled production values and some of the finest humor to come from the United Kingdom since Coldplay's last album.

Perhaps the biggest feather in Top Gear's cap, however, is a recurring segment which pairs each of the show's three hosts with a vehicle and pits them against one another in a challenge to determine which car (and by extension, which host) is the best at a particular task. These challenges have grown increasingly nonsensical and contrived over the years, but I can't get enough of them.

Since new episodes of Top Gear won't be coming along for a few months, I thought it might be fun to revisit my favorite challenges from the show's first 11 seasons.

Season 1: Episode 7
Hosts Jeremy Clarkson, Richard Hammond and James May purchase three hatchbacks for under £1,000 apiece, then determine which is the most reliable by falling asleep in a very small garage with the engine running.

Season 2: Episode 3
Who can take a standard London cab and convert it into the most efficient solar-powered vehicle? The gang settles this ages-old argument once and for all by playing a three-way game of chicken in Meredes S 600s without wearing safety belts.

Season 2: Episode 10
Three high-end sportscars have their brakes put to the test when they're dropped from the back of a cargo plane eight thousand feet above Stonehenge.

Season 3: Episode 5
Which four door sedan is the most sensible car in its class? Garry Kasparov goes head-to-head with three sedans in a chess tournament to find out. The outcome might surprise you, provided you believe the first part of this sentence!

Season 4: Episode 1
How many women can a minivan attract? Jeremy, Richard and James leave their vans (which have been modified with leather jackets and patches of chest hair) outside of a popular nightclub and see which vehicle gets dry-humped by the most women. 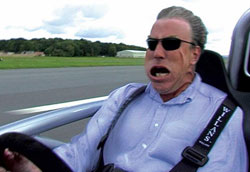 Our hosts must convert pickup trucks into fully-functioning boats, then see which is the fastest at being towed on a trailer.

Season 7: Episode 3
Three DeLorean DMC-12s are purchased, then made into time machines in an effort to see who can stop the 1975 assassination of Ringo Starr first. Featuring the inadvertent butterfly effect that led to the death of John Lennon.

Season 7: Episode 4
Which convertible is capable of holding the most water? The lads find out by lowering each car into the ocean via helicopter, lifting the filled car back into the air, then carefully measuring the tideline.

Season 8: Episode 8
The boys set out to prove that a Maserati 200S can launch itself into outer space under its own power by systematically running over every scientist and engineer that claims it can't be done.

Season 9: Episode 2
Can a fancy in-car navigation system be used to find Osama bin Laden? Three such systems are sent to a holding facility in an unnamed country, then tortured and held indefinitely.

Seson 10: Episode 5
In order to determine which station wagon has the best suspension, the hosts play a game of Operation on a cobblestone road with full cups of hot coffee in their laps while their cars' suspensions are digitally examined in a nearby garage.

Season 11: Episode 1
Is Bigfoot real? Jeremy, Richard and James pack a Rolls Royce with C4 and detonate it to find out.