Live Life on the Cob 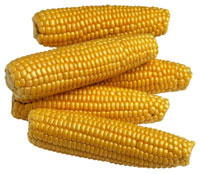 I've looked over the figures. It's not good, people. Americans just don't give a shit about corn. Gas prices are up and the economy is in the tank. Nobody wants to pay money for an unpopular food like corn.

The problem isn't with consumers, the problem is with you. You have a Triple-A product and no idea how to sell it. We need to make them want corn, to think that they need corn in their lives. Look, I know we can't change corn, but we can change the way people think about it.

Right now, the Asians are creaming us at corn. Hell, everyone is creaming us. We need to turn this ship around right now. How do we do that? Marketing. We need a marketing strategy that takes corn, something that's been around since the dinosaurs, and makes it new and vital. This isn't some link to the past you can put butter and salt on and then eat at a picnic. It's a doorway to now. We need make corn in the moment.

We have advantages. You can do stuff with corn you can't do with spinach or broccoli. You can't make bread out of spinach. Spinachbread? Yeah, sure, I'll have some of that. PUKE. Cornbread? Now you're talkin'! What happens if you heat up spinach? Not much. What happens if you heat up corn? It pops. Boom! Corn is literally the only thing in this world that transforms into a whole other food if you heat it. We can use proprietary features like that as selling points. Broccoli doesn't pop. Only corn does that.


We need to give corn a new image. Corn needs a slogan that grabs people and pulls them in. Something that makes it seem like corn is for them, that it's part of their life, and that it always has been. Every day is corn? I'm just thinking out loud here. Live life on the cob? That's it! That's the new voice of corn. Just people living life... on the cob.

Oh, I see, you think I need to "get corny." I need to say corn is "amaizing." People aren't stupid, and this isn't the old days. We need to get sophisticated here. We're selling corn as a lifestyle. People go out and do things, and they do it while eating corn. Successful people eat corn. Lawyers are eating corn right now. On the cob, whole kernel, cream corn, popcorn, it's what the movers and shakers are doing. If we sell them one aspect of corn, well we can always up-sell them the rest. Like whole kernel corn? Then you should definitely try popcorn, because it's like corn in snack form.

We're going to be smart about this. We're going to augment our efforts with cross promotions. Corn is great, but corn is better with salt and butter. Boom! We get salt and butter companies to pay us for the privilege of being mentioned alongside corn. It's like our product becomes this expensive yacht, and salt and butter want to ride along just to look popular. But it's not a free ride. If you want to get aboard the pleasure vessel, you gotta pay the fare. 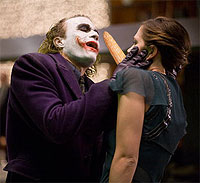 We can't just rest on butter and salt though. We need to associate corn with the things people love. Was anyone eating corn in Batman? If we had paid Warner Bros. to include a scene with Heath Ledger gnawing on an ear of corn, every teen in the country would be following suit. We need to get Brad Pitt shirtless and eating corn on the cover of People Magazine, so when you're in the supermarket checkout line and you see that, you suddenly think, "Oh, I forgot to get corn."

We need a celebrity who can put corn back in the zeitgeist. We need someone hip, someone who can talk about corn where it matters. We need a spokesperson who can go on TRL and tell Carson Daly that eating corn is the hottest thing on the block. They need to eat corn right in front of Carson Daly and the cameras can zoom in and show all that corn stuck in their teeth, or maybe them chewing a mouthful of corn. We need someone edgy and in the public eye, like Puck from The Real World or maybe Dennis Rodman.

We'll leverage a traditional marketing campaign with a viral component. An alternate reality game that makes eating corn something mysterious and enticing. Like, "What's happening? Why are so many people eating corn all of a sudden? I better get in on that so I don't look stupid." The next thing you know, corn is like a status symbol. Kids will be at the malls texting their friends and buying ears of corn from Hot Topic. 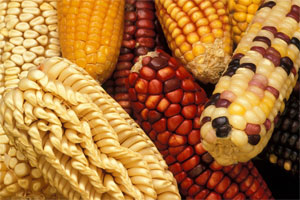 If we can up the viral factor, I guarantee you corn will see more user conversions and greater retention. I know a guy who works with carrots. He said that when they added a viral element, conversions went up 40%. People are eating carrots like crazy. My own kids eat carrots. Snoop Dog eats carrots. The guys in Nickelback eat carrots. The people we pay attention to eat carrots, because carrots have that edge. That's because the people doing carrots know their product and how to sell it.


You don't know how to sell your product. But we can change that. We can give corn sex appeal and create a buzz. Oh, I think we've got something here. In fact, I guarantee you that we can turn things around. We can put corn back on the map. A big "X' marked like buried treasure on the map of the American psyche. America is corn. Live life on the cob.