Greedy millionaire NFL players may strike this year because of even greedier billionaire NFL team owners. The only thing anyone really cares about is that the football season may not happen this summer and fall, but not everyone will be relaxing by the pool. Three of our favorite NFL criminals have big plans. 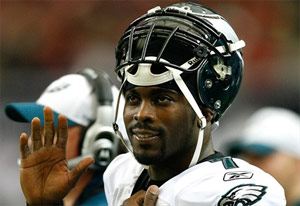 Training miniature horses, not to fight, but to live and be free, which will lead naturally to fighting. He loves the one named Brandy best. He loves to laugh at the trouble they get up to when he puts them in their pasture. In the evenings he makes little embroidered coats and caps for them.

He spreads a blanket beneath the sycamore on the edge of the property and feeds her hay as the sun dips below the mossy hills. You are the toughest, Brandy. I want you to kill them all. He's so in love he never sees the police helicopter, but it doesn't matter, because he's painted the roofs of all the buildings on his property with camouflage scenes of miniature horses playing and enjoying their lives. He places a sugar cube between his lips and thinks...the perfect crime... 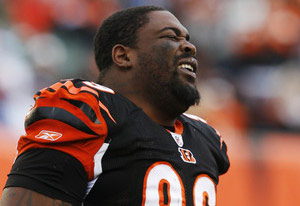 Past crime: Getting his body guard killed, having guns, being drunk and unruly, threatening cops, attacking people, a real troublemaker.

Come to life damn you, Tank Johnson hollers at them bones, but they do no such thing. Unknown to Tank Johnson and his bodyguards there are some crooks there to steal the t-rex egg from the dinosaur exhibit. When Tank and his b-guards bust in on the t-rex heist there is some shooting. One of Tank's bodyguards dies and the t-rex egg gets clipped by a bullet.

Tank Johnson is real upset. He wraps the t-rex egg in a blanket to try to save it. This ain't happening again! Not on my watch! He realizes the egg is hatching. I've got to get this one to the newspapers he says, but on the way back he decides to stop at a showgirls club called Booty Stank and look at women's butts and the t-rex baby dies in his Ford Explorer from the heat. On the plus side it is watching Shrek 3D on a seatback LCD and gets to see the ending but not all of the extras only the trailers.