HELLO!!!!!!!!! This is an official letter to Fitness Zone regarding a problem that I think needs to be fixed! Nobody can find their way out of it and it creates a big problem for guys like me who want to fix problems!!

A while back I went to the gym to bump some iron and feel great about my body and that was a big mistake because once you go up the stairs to the cardio room all bets are off trying to escape the gym's hell maze. I didn't know I was trapped yet so I did a great job working out and making my body ripple and shudder with tough moves. I felt like a big man and tough beans for over an hour. Then the time came to leave and I got my bag and walked around and realized I was walking in a big circle and couldn't get out of the gym at all 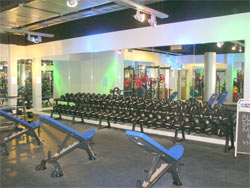 I noticed another man walking in a circle too, I knew that was the case because I had seen him 3 or 4 times and he was trying to open every door he passed but most of them were locked and I asked him "How Do We Get Out?" and he laughed and shook his head like he had never been trapped before so I said "If I Find The Way Out First, I Will Come Back For You. Will You Come Back For Me?" and he seemed to get really upset like the reality of our situation was setting in. The problem is there are a lot of mirrors and it is very disorienting and mirror world is no time to be a lone wolf

It got a little later in the evening and the sun was setting over the pool area. The chilly pool atmosphere made more people come inside so I watched them try to leave and before too long the pool people were coming back around in a circle. I sat myself on top of a recycling can and laughed knowingly toward the man who appeared to be the group's leader and said "Ha Ha, I See You Are Trapped Too. Welcome, I've Been Here For Nearly Three Hours Myself..." which the man was not at all happy about. He also did not seem to know what I meant by Devil's Cove and The Badlands even though it is pretty obviously the sauna and that smaller weight room with the old gout man watching TV.

"Come With Me, Let Me Show You What I Know..." I said and I took them around the circle and showed them everything I tried, and how we are all stuck inside Fitness Zone with no hope to rejoin the world we once knew. Then we came to the part where there's a drop overlooking a first floor fountain but there was nobody around down there to shout at. I told the group that we could tie a bunch of towels together and they could lower me down. The Lead Man agreed we would try this if we didn't find anything soon. One of the smaller men with curly hair and a weird sunken chest began screaming over and over. I did not help that man, it was hard to approach his powerful screams

We started to get tired near the vending machines and we were found by a gym man who came by to close the pool and see what the screaming was all about. (The door was a mirror door) We got out but it was still bad news!!!!!!!! 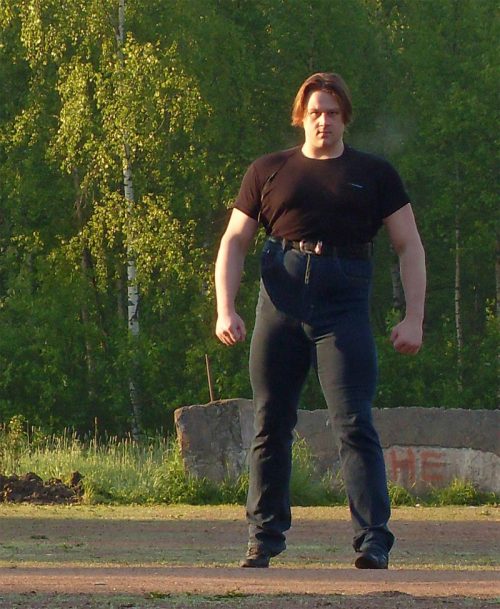