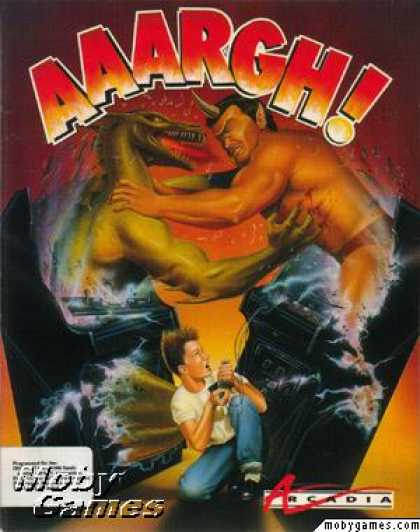 Seems to Say: AAARGH!, the game of mythical hugging, finally makes the leap from the arcade to the home system. Grapple as one of 16 playable huggers of legend, from the Horned Cyclops and his iron embrace to the bewitching Woman-Spider and her four-talon grab. No monster is too great, no hug too powerful.

Verdict: If I had to ruin two perfectly good MAME cabinets this is how I would want them to be destroyed.