Greaves laid there, shot and dying in my arms. His rank body odor and oily skin were revolting but I held him nonetheless, hunched over with my ear so close to his bulbous lips that french kissing my brain would have been a cinch. The man was a bastard but he had contacts in all the right places and I grudgingly came to him for information countless times before. Tonight, though, I suspected he wouldn't stick around long enough to collect his usual fee.

"Redd," he whispered, although my name was Red with just one d. I didn't correct him. "The legends are true. It's really out there, just waiting to be found."

"What is, Greaves? Damn it, what did you get yourself into?"

He smiled wanly, revealing a coating of blood that had covered his Cheetos-stained teeth.

I snapped my head back and looked down at him incredulously. It couldn't be true. There were a million questions I needed to ask, and my mouth hung open as they squeezed together shoulder-to-shoulder in the doorway of my brain trying to get through first. Greaves laughed. It was a weak sound, not at all like his usual booming guffaws that shook the room. God help me, I was actually going to miss this asshole.

Greaves fumbled in the pocket of his bathrobe and produced a dog-eared business card. It was slightly damp with sweat, and a blotch of barbeque sauce obscured the name slightly. 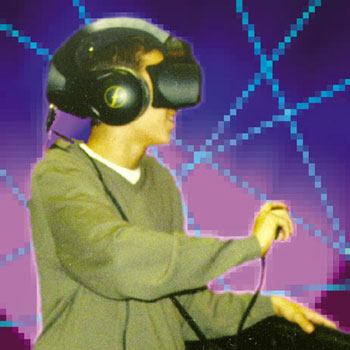 I raised my eyebrows and whistled, clearly impressed.

"Uh..." I rapped my knuckles against my skull. We sat there in silence for a full minute, our brows scrunched downward in deep thought.

"No wait," said Greaves. "I got it. Tell that guy from Siegfried and Roy that I'm sorry he got attacked by a tiger last year. Fucking tigers..."

At those final two words, his eyes rolled back into his head and his voice trailed off. He was gone.

If my life were a film the following three days would have been a montage of me hitting the bottle hard, weeping over pictures of Greaves and I squaring off in oversized foam sumo wrestler outfits, letting my facial hair go unchecked, trashing my already shitty apartment in anger, and eating some nachos. Hey, a guy's gotta get some sustenance. When I finally crawled back out into the sunlight, I decided to pay this Jake guy a visit.

"You're too damned reckless, Red!" he screeched as he slammed his fist into the flimsy fiberboard computer desk in his parents' basement, breaking it instantly. It was a good hand, but the point had to be driven home. "Greaves told me all about you. How your little treasure hunts always seem to end in pain for someone other than yourself. How when you find what you're looking for you just move on to the next hunt, not caring about who's going to get hurt next. So tell me, why should I help you?"

"You're right Jake. What you're saying is absolutely true, but I'm not the bad guy this time around. Greaves called me out of the blue saying he had some information for me, I didn't ask him for it. By the time I got to his place the shooter had already come and gone. Greaves was working on his own, and whoever shot him did it because he got too close to something they wanted to remain hidden."

Jake rubbed his temple. He knew what I was saying was true, and that we had no choice but to finish what our repugnant friend had started.

"So what are we looking for?"

"Yes," replied Jake, "but what is it exactly? Some sort of treasure?"

"In a way." I paused to consider the best way to describe it. "Okay, you know that website dailypicturesofsailboats.com?"

"Of course, who doesn't? I don't even like boats and a picture killed my brother but that's my homepage. It's the biggest site in the world thanks to its accessibility and the advanced technology that somehow delivers a new picture of a sailboat each and every day."

Jake sat down and typed a ridiculously long string of keys to wake the computer from its suspended state. Dual monitors came to life, illuminating the room in shades of Smurf.

"I'm commencing the internet connection sequence," said Jake as he flipped the pair of protective goggles down from their resting place on his head. He turned to me and smirked. "Hold onto something partner, this could get bumpy."

Jake's screen saver of Tux the Linux penguin raised like a curtain to reveal the internet, a smooth and shiny 3D tunnel that Jake's computer flowed through. Obtrusive and unnecessary models of circuits and computer chips were strewn about everywhere, their polygon count and general appearance on par with Dire Straits' music video for Money For Nothing. It was incredible. Jake's fingers never stopped clicking keys.

Suddenly a floating laughing skull appeared in the tunnel ahead.

The words "BEING HACKED: 20 SECONDS LEFT" appeared on screen in foreboding red. In the room, several lights began flickering on and off. The drawers of a solid oak dresser opened and closed wildly, sending dozens of black DefCon shirts flopping out to the ground below.

"This guy's good." said Jake. "He's already compromised the system and the main grid, all he needs is the Gibson and he's got us. Pulling the power plug won't do anything now. I have to fend him off!"

He typed furiously and a mouse pointer began to move around the screen, presumably to the coordinates he was entering. A program called Hacker Stopper opened up, with the following dialogue:

The timer was down to five seconds. Jake's cat began to roll around and growl passionately, as if in heat. A pipe blew out somewhere, scalding steam escaping into the air. My boxers began to ride up. We were in serious trouble if this didn't work. Jake continued to type, and the mouse pointer slowly made its way to the Yes button. Just as the timer reached the 0.5 mark, the button was depressed and the floating skull was sent spinning off into the void. The room returned to normal.

We turned to each other and cheered, knowing the hacker we had just encountered and subsequently defeated had to have been working for the same people who shot Greaves. The black hat had been sent to stop us, and with him out of the way there were no obstacles but the search itself.

"Okay," said Jake, "I'm going to turn down the branch of the internet where everything beginning with the letter P is stored."

The computer's perspective pitched to the left and began moving down a new tunnel. Folders with names like Ponies, Prince Ate My Balls, and Phat Lewtz sailed by us on all sides. Then I saw something strange.

"I know, but think about it. What would a folder that starts with the letter N be doing in the P branch of the internet? There's something fishy going on here, and it may be connected to what we're looking for."

Jake opened the folder, typing skillfully to maneuver a model of a hand so that it grasped the side of the folder and turned the cover page. What did we discover inside? I don't think a simple man such as myself could find the words to describe the photos hidden in that folder, so I'll let the pictures speak for themselves.

Suffice it to say we were about to become heroes. We needed to call the press and go public with this immediately, but first I turned to Jake.

"Can you send email with this thing?"

"Yeah, of course!" he laughed. "This puppy is powerful enough to send two at once. I just need to reroute the fprot tarball first. Why?"

"I need you to send a message for me. Make it out to roy@siegfriedandroy.com"

What, I actually talk about video games this week? That's a first!