What did you expect? This is Something Awful!

A lot of you chickendicks out there probably think you know a thing or two about edgy humor. Hell a lot of you probably think you are edgy! I'm here to toss those notions of yours right out the window and down into the roiling sea (you live on the beach for the sake of this metaphor). I've got news for you upstarts, when Rich "Lowtax" Kyanka named this site, he wasn't just pickin' words out of a top hat. He knew that equal opportunity offenders like me were gonna be steppin' on toes and pissin' on boundaries and he wanted a name that would preemptively excuse all of the writers and forum members for pushing the envelope too far sometimes.

I'm in kind of a charitable mood today so I'm gonna let you all in on a few secrets. Taking it to the limit doesn't come naturally to most people, so I've whipped up a handy set of guidelines to help steer you in the right direction. These aren't set in stone, but if you want to take comedy somewhere it's never been before, you have to follow these pretty religiously. 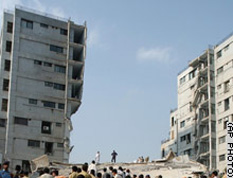 The higher the death toll, the funnier your joke is gonna be. Leno was on fire for like a month after the tsunami hit.

Rule #1: It's never "too soon"
Today is a good day to write this because goddamn, the luckiest shit ever just happened. 18,000 people from a different country just lost their lives for reasons that don't matter to me in the least. What most people are calling an "unfathomable tragedy" is what we'll be referring to as "a fuckin' perfect example of Rule #1." Here's an idea of what you should be aiming for:

Setup: Most of the devastation occurred in the mountains of northern Pakistan, where the dead included 250 girls crushed at a school and 200 soldiers on duty in the Himalayas.

Punchline: Beats growin' up in Pakistan! Also maybe crack wise about how they deserved to die because of their lax building codes or their country is poor or something. If you're into political humor you could also say something like "Well, I guess it's Uncle Sam to the rescue… again!"

You may have noticed that those remarks are devoid of most of the characteristics that distinguish a joke from a simple inflammatory statement. That's entirely beside the point. The point is that when people 10 or maybe even 11 years from now are looking back on today with the sort of historical detachment that we view the AIDS epidemic with today, you're gonna be able to say "I was laughing at that shit three hours after it happened!" By letting everyone know that you're crazy like that, you'll earn the admiration and respect of men, women, celebrities the President, and possibly even Maddox. 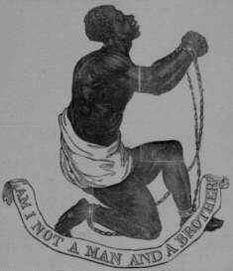 Rule #2: It's okay if you're just joking
In all likelihood, you're probably a young white male, most likely with liberal political leanings. This more than excuses you for constantly making racist jokes and using slurs in casual conversation. David Cross and Bill Hicks both got away with saying "nigger", and are both regarded as visionaries among comedy fans. The ironic context in which they used the word—though crucial to the humor of the bit—is entirely immaterial to you. If you ruffle any feathers when you tell your little number about how "KFC should serve watermelon" in mixed company, just remember these five words: "Relax dude, I voted Kerry." If they don't understand it then they just take the world too seriously, which leads us to…

Rule #3: It's their fault you're not funny
Often times, you'll simply push people's lazy mind further than they're willing to go. Get used to being greeted with stares that range from blank to incredulous to angry. Oftentimes, they'll be so shocked that you "went there", they'll ignore your blatant lack of humor altogether. This works to your advantage. There are a variety of ways to deal with these situations.

The most diplomatic way to deal with it is by simply laughing it off. Try saying "Yeah, I'm going to hell for that one!" and then laughing for way too long. Your laughter will confuse them into thinking you said something funny, and you'll appear to apologizing while you're actually reminding them that you're too hot for TV and possibly ahead of your time. 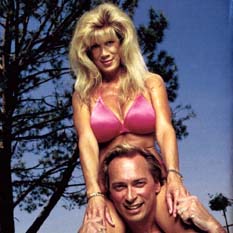 Of course, diplomacy isn't for everybody, that's why we have wars. Another strategy you might try out is insulting them personally. Make sure they know that they're too uptight and they should go back to their happy little sitcom universe where no one gets their feelings hurt, and you'll hold down the fort for them here in the real world.

It may also help to get philosophical with people who don't understand why "they must not be hitting those sweatshop kids hard enough because my Nikes are falling apart at the seams" is hilarious. Generic clichés about laughter being the best medicine are usually effective because, try as it might, science is unable to dispute this claim. Also maybe tell them that laughter helps us overcome our differences. Don't worry if they didn't laugh, I'm sure they have already forgotten.

That's basically all there is to it. If you can remember those three easy rules you'll be hosting your own morning radio show by this time next week. Or at the very least, you'll be posting dead baby jokes in forums all across the internet. Good luck with it, and remember, you're doing the world a service here!

This sounds like a scam but it really works!

I get 75 cents and a free iPod Nano every time you click here. Try it!