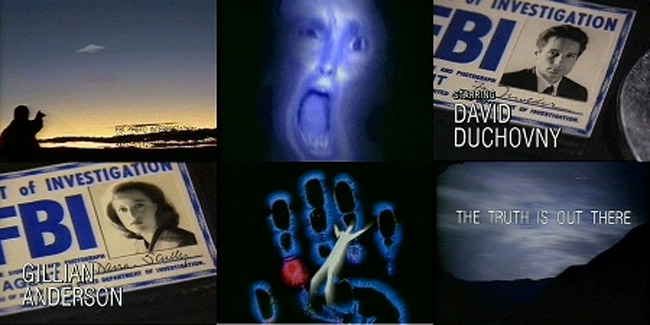 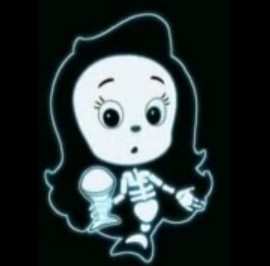 Scully demands proof, but the Lord is not obligated to provide it.According to John 9:22, "God must test the faithful even when they want to believe." Like Fox Mulder, I wanted to believe in the divinity of Christ and the salvation that awaits us all. Then I found out that the screaming blue face in the opening credits of the X-Files was actually my father. Why was he screaming? Why was his face warping like he was going through a time tunnel? These are questions I would come to rely on my faith to help me confront.

God wants us to ask these questions of our life and to find the answers in the teachings of Christ. Scully is the Doubting Thomas of the X-files, always questioning the faith Mulder places in God's plan. He believes there are UFO aliens, sex werewolves, and Bubble Guppies. He doesn't need more proof than the sacrifice of Jesus Christ at Calvary.

Scully, on the other hand, needs irrefutable proof. She needs to see the alien scat wiped up the side of a bathroom stall and forming elaborate brown chaos spirals. She wants to look at the skeleton of a Bubble Guppy.

I can understand the instinct. I used to doubt the Lord's works. Why do compasses work? How was banana formed? Why is it possible for a jet plane to fly even though it is heavier than air? I became comfortable with accepting the mysterious beauty of the Lord's plan for us. Yes, he gave us the perfect telephone shape of bananas just as he gave us the UFOs. All are the Lord's works and their variety is part of their beauty.

For years I enjoyed both the X-Files and the teachings of Christ and I thought their messages worked together. But there was a hint of doubt. The one thing that always bothered me about the X-Files was that creepy screaming blue face during the opening credits. I wondered who it was and what nightmare had befallen them. 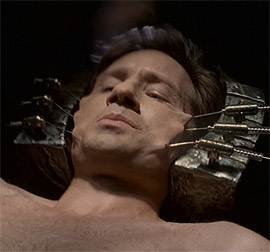 Our beliefs will be tested just as Mulder underwent tests by the UFOs.Without answers, I imagined greater horrors than the show ever presented. I suppose I fixated on the idea, so I contacted Ten Thirteen Productions and asked them, "Who was the face and why was he suffering?"

The woman I spoke with said the face was just some extra and she put me in touch with Rome Casting Agency. Romans? I felt my world shifting. When I called Rome Casting Agency, I was given a lot of run around, but was eventually given a name. My father's name. Surely it was a mistake, I thought. God would not do this to me.

But like the UFOs torturing Mulder, God, the original Black Oil, sometimes tortures his faithful. He wants them to understand his powers, which include all the psionics and majicks, are limitless, and that his plan can sometimes seem cruel.

It was at the height of my doubt that I happened to come across the X-Files opening on TV. There he was, my dad, blue and plummeting into an unknowable void of agony. Was it a spiritual hell or a real hell? Trick question, because Hell is Real, my friends. It clicked with me. Of course, that was why my dad disappeared in 1993. The X-Files opening was my dad's message to me, placed there by God.

"Find salvation in Christ. Avoid my fate. His Truth is Out There."

Because what is the paranormal if not "para," Greek for "better than," normal. God, like Mulders, wants us to believe. For let us not forget that the Sasquatch and other cryptids, with the possible exception of the Mongolian Death Worm, were made in His image.