Almighty Wind (Thanks, the party god!)

Hey guys! Who's excited for another weird messianic conspiracy-theory website? I sure hope it's you because it is definitely not me at all! But here we go!

I'm not sure what exactly I'm looking at; in general, sure, but more specifically in terms of faith. I mean, they certainly seem to believe that Christ was the Messiah, which makes them Christian, I'd guess, but there's enough Hebrew on here that forums poster/ Hot Tipster "the party god" called it a messianic Jewish sect. In fact, in one of their videos, right after a picture of an aborted fetus, they call themselves a "messianic Jewish Pentecostal ministry." To me, that sounds an awful lot like "Christianity," but who am I to correct verbose prophet ladies through whom God speaks? 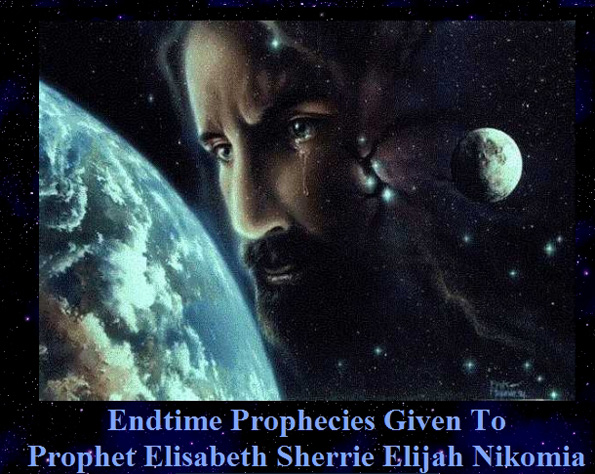 It's all pretty standard stuff - bad HTML; huge, long page somehow covered in links to other huge long pages; a lot of complex symbolism (this one involves St. Michael, Archangel of anime, so at least that's something new!). It occurs to me every so often that if God really wants to get his word out, he'd probably be better off speaking through the guy who designed blogspot or Twitter (old Twitter, not new Twitter), rather than technologically handicapped Bible Belters, but I guess beggars can't be choosers. Sucks that God has to beg.

Anyway, to get back on track - nothing is all that thrilling until you get about a third of the way down to the kick-ass prophecies. Remember when I mentioned all that stuff about conspiracies? This is where those come into play. I mean as hilarious as videos about God that look like they're straight out of a Jerry Bruckheimer film's credits might be, nothing matches the mind of someone completely off his or her rocker worrying about Neo-Hitler USA-ville. If you couldn't guess, Obama is the Hitler. And don't be deceived! Even though these look like the standard text-and-images YouTubes, they get way better once they plug in the recordings of what are definitely messianic prophecies and not even maybe the ramblings of a schizophrenic, no sir! Oh, and watch out for some next-level-crazy rap ministry too, with songs like "GODS RIPPIN UP ENEMIES"!

I recommend starting with Prophecy 115 and then just clicking around until you feel really uncomfortable about the number of crosses and flaming letters, then just shutting it out of your mind forever and ever like I'm about to do! Yay!