Friday, Dec 31, 2004 by Josh "Livestock" Boruff (@Livestock)
In an effort to prevent people from turning to drugs, numerous heroic organizations have been fighting to point out that drugs make you stupid. This is a known fact, and part of the reason why people take drugs in the first place. Still, the primary component to anti-drug propaganda is to point out all the fun Christian activates you could be doing in place of getting really high, like driving grandma to Joann Fabrics or mentoring impressionable youth. Another strategy is to point out that by doing drugs you are going to get a lot of people killed. While this is entirely possible, it's generally possible in any given scenario with or without drugs. As someone with no interest in drugs whatsoever, I have to say anti-drug ads look awfully dumb to me, and probably even dumber to the people that are so high that the ads actually morph into helicopters and chase around imaginary dragon-raccoon hybrids. I have no idea where I'm going with this so I'll just shut up and let you see the Something Awful Forum Goons take on one of the more recent forays into anti-drug advertising.

Morphix started this thing off by getting totally high on Star Wars magic. 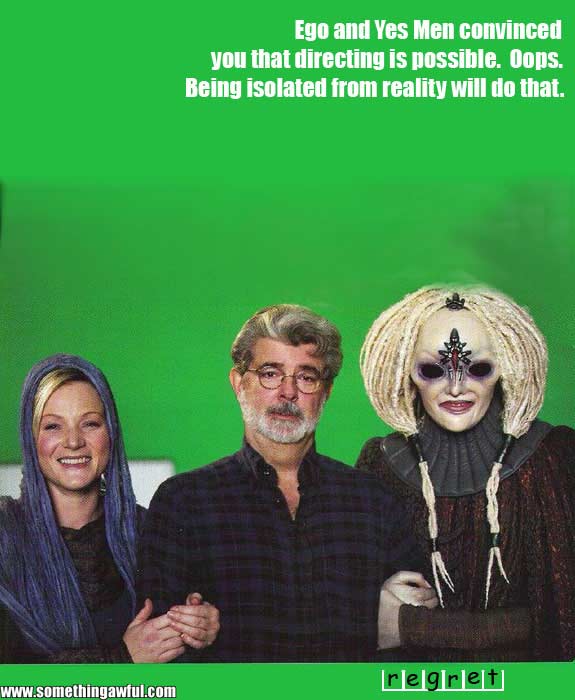 Adverse18 once woke up naked at the top of a Christmas tree after eating some bad Arby's. 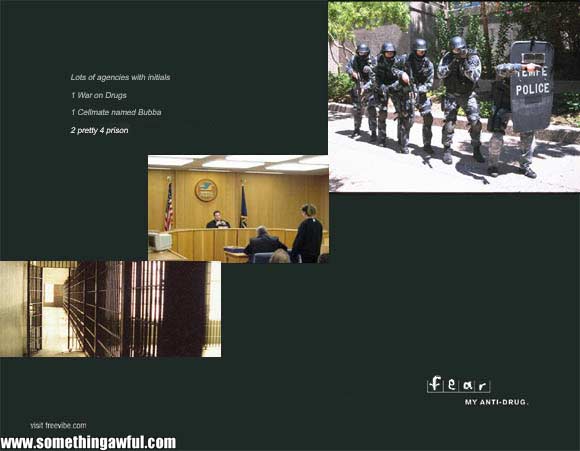 Adverse18 has a destiny and that destiny is to try on every hat in the known world. 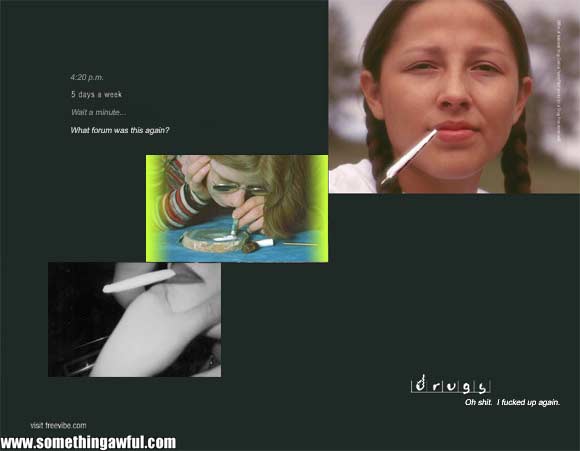 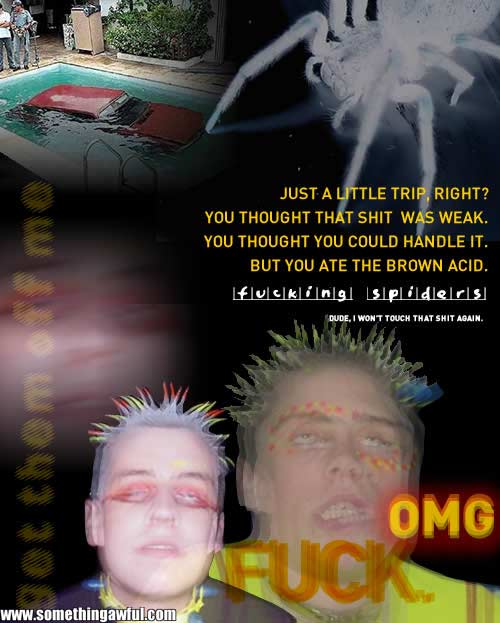