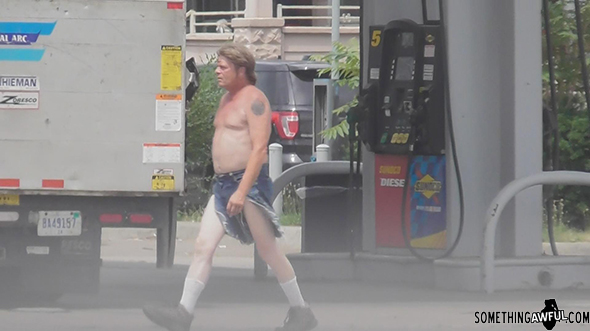 Sgt. Politeness needs a promotion for spotting such a magnificent bastard! 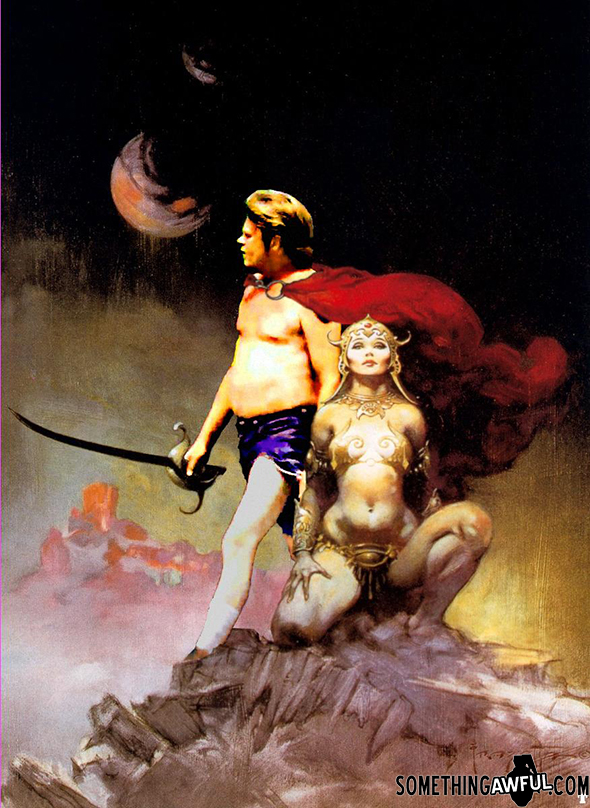 Sgt. Politeness has cast off your so called "shirts." 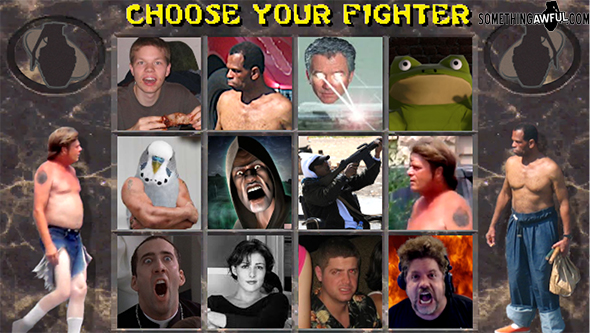 don't let the name fool you, Sgt. Politeness pulled my controller out when he was loosing, then kept kicking me as i tried to plug it back in. 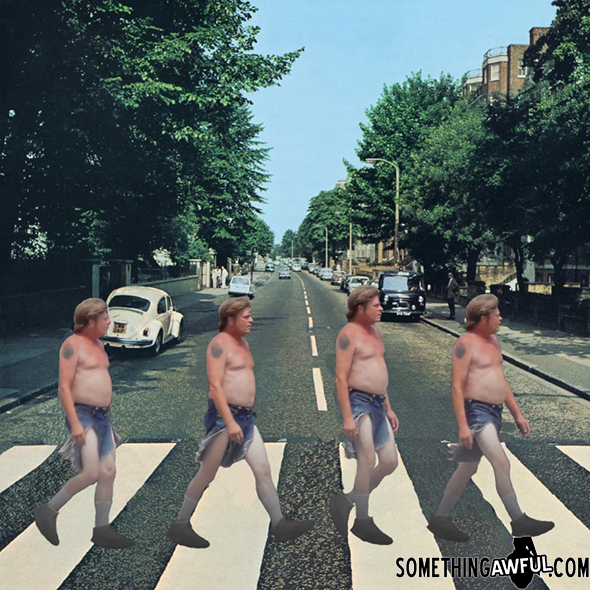 Galaxander pissed off a lot of locals to get this shot, but the profile pic was worth it. 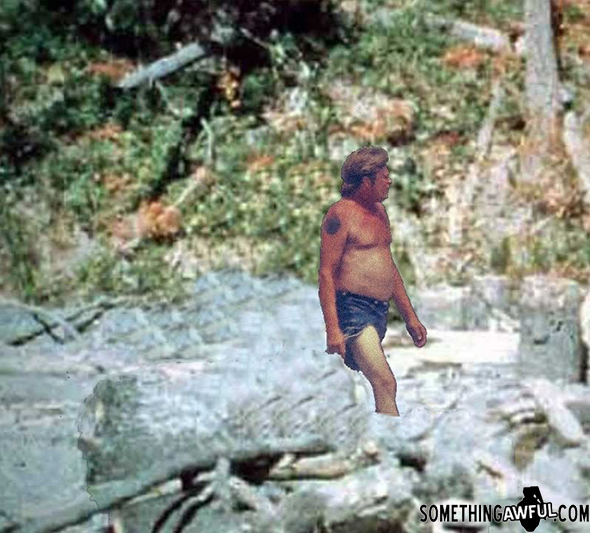 sure, there are rumours of Sir Not Appearing, wandering the wilderness. i need video evidence before i will believe in him tho'. 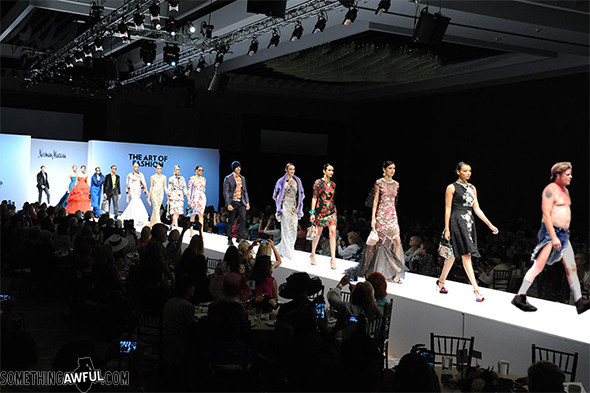 Sgt. Politeness talks the talk and walks the walk. 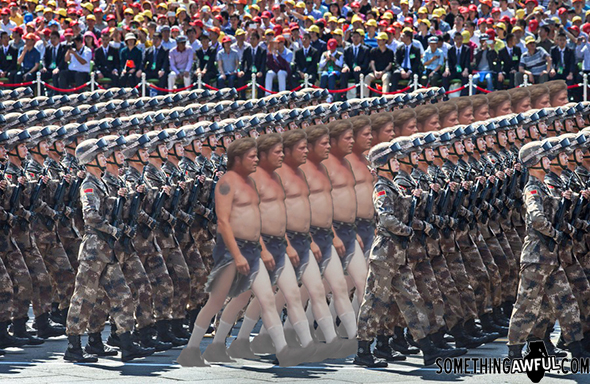 Johnny Walker is the future of military strategy. 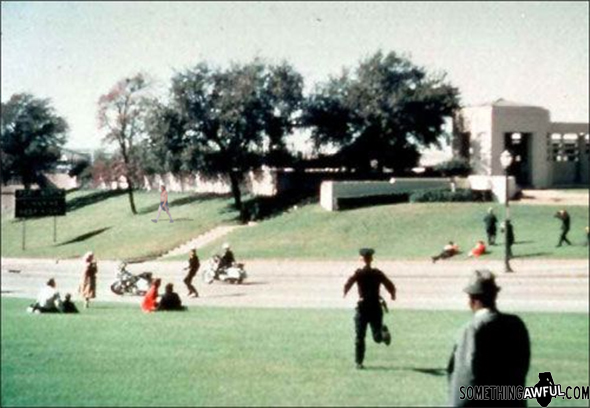 Pretty Cool Name piked a weird day to take an umbrella on a walk. 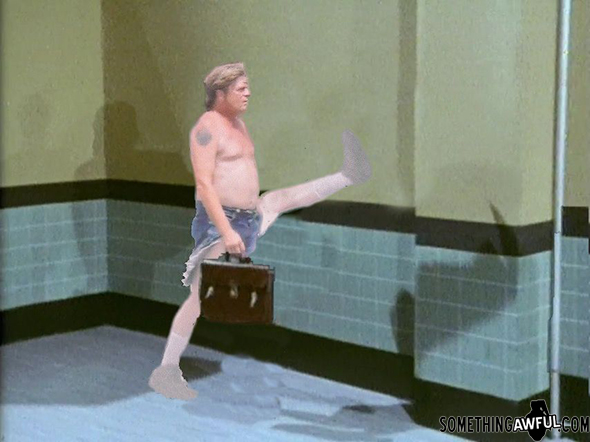 Sir Not Appearing chooses the right side of history. the ministry of health is a joke! 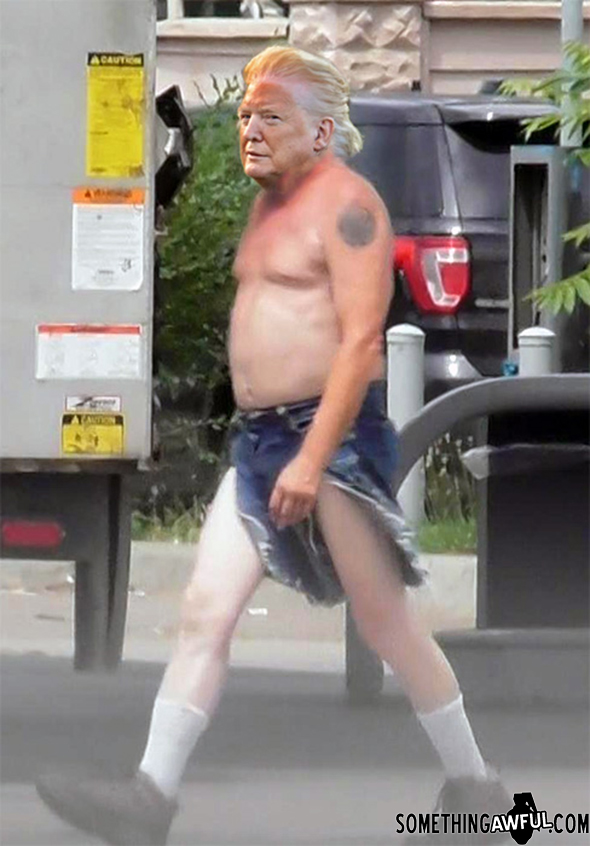 SorePotatoM found away to make this magnificent bastard unlikable. 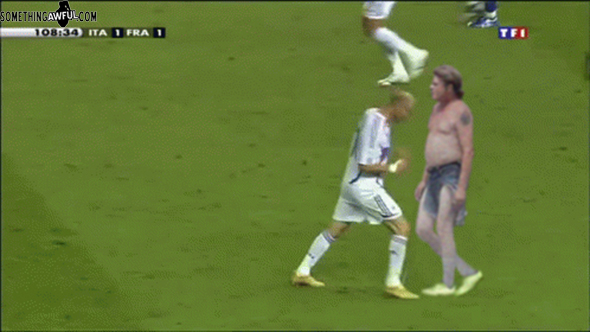 thanks for the reminder, Call Your Grandma. i had almost forgotten about both grandmothers and headbutts. 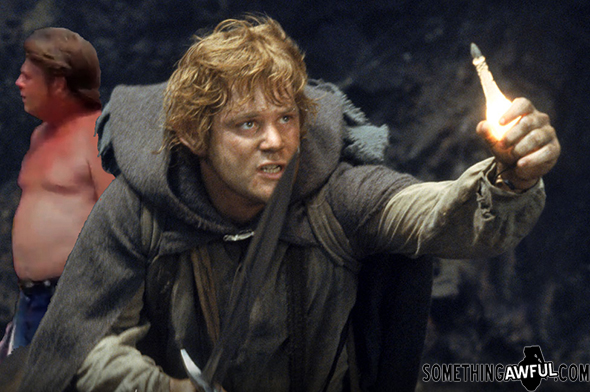 Call Your Grandma doesn't understand why the party wasn't just one magnificent bastard and a nerd to carry his beer. movie would have been 20 minutes long! 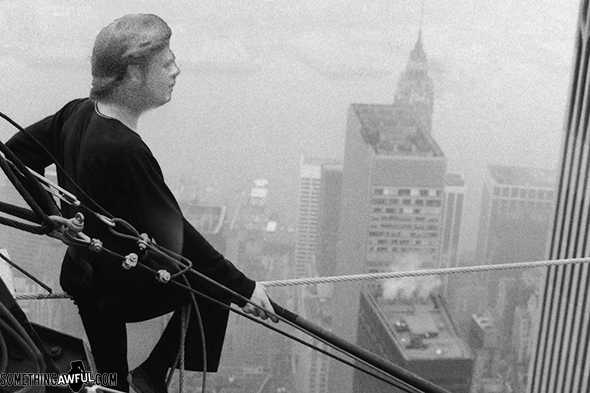 Pahillia the Hun gives us a lesson about magnificence throughout history. "On August 7th, 1974 a man attempted a tightrope walk between New York City's Twin Towers." 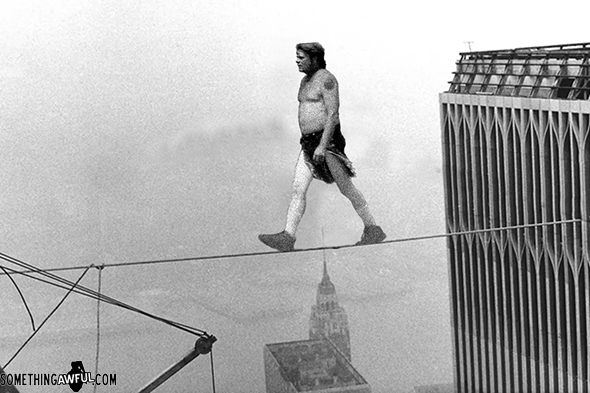 "By 12PM eastern standard time, the temperature had reached 105 degrees and he was forced to make wardrobe adjustments." from Pahilla the Hun's omnibus volume on the history of tightrope walking. 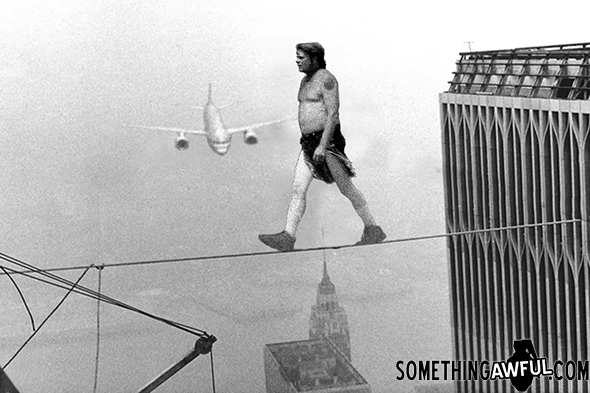 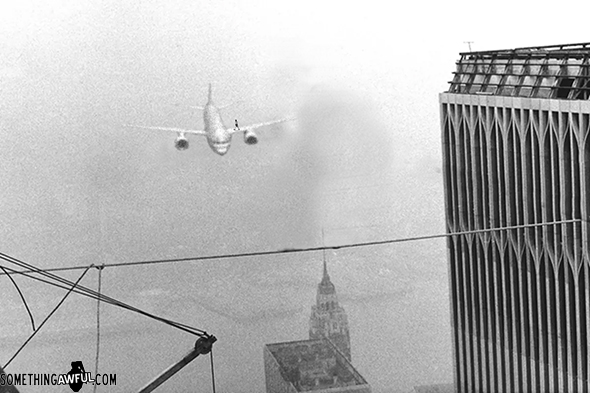 Pahilla the Hun unlocked the achievement "a bad spill" for making me rocket lukewarm coffee all over my desk and pants for this post. 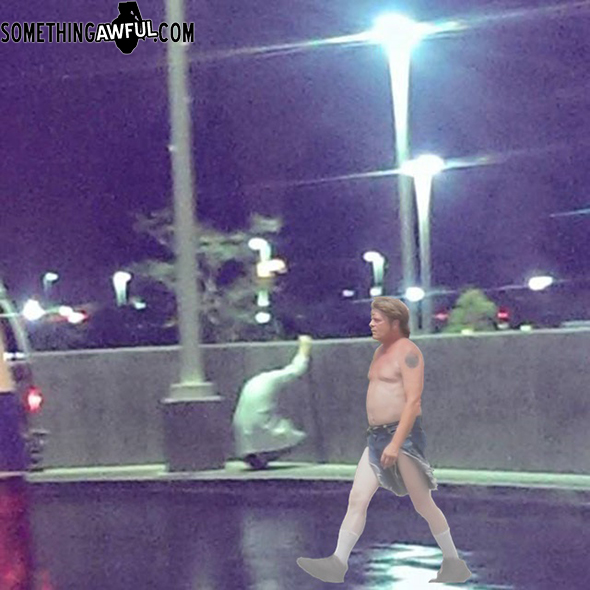 while that strange guy cries this magnificent bastard decides it's time to raise the dead.

mobby_6kl has invested billions in image stabilization technology, but the results speak for themselves! 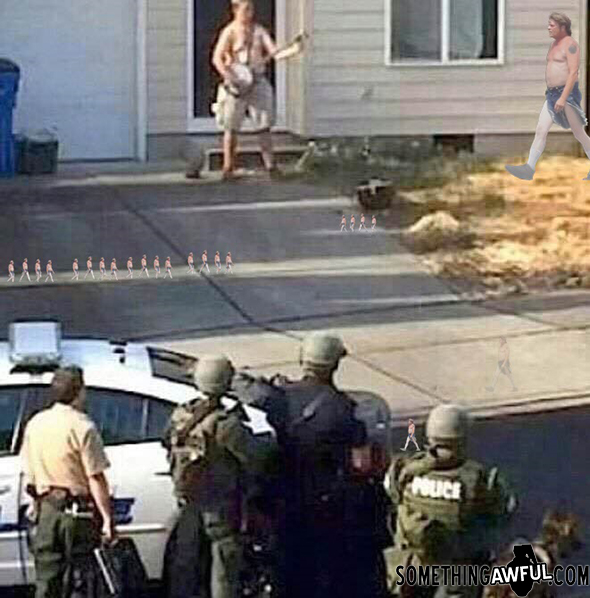 That strange guy might just be a magnificent bastard. 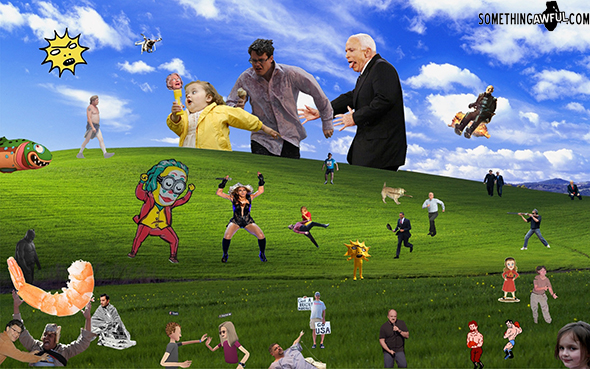 and just like that, this magnificent bastard strolls on out of our lives, but he has made a permanent home in our hearts. let us cut our jeans short, rend our connections with civilized society and also shirts. walk bold with pride, never knowing when some internet person is watching - desperately in need of a little inspiration to live life more authentically. also, buy an account or something and have a good week please and thank you goodbye!