Page Ten: The Not So Very Swell Last Page!As you know, it's a semi regular tradition here to mock the really bad entries people submit. True, their intention is good, but you could probably say the same about Hitler or O.J. Simpson. Anyway, let's get down to business!"Chairman Takeshi" failed to realize that the love affair with Yakov is over. He's just another broken remnant of the Cold War, like the Berlin Wall and that crazy map to dry land on Mikhail Gorbachev's head. Plus his wacky gag is all confusing and hard on my brain. Robot factories, outer space, Soviet Russia, and Yakov? Way too much going on there, bucko! Somebody needs to go to the space robot gulag and get worked until bloody and miserable death. 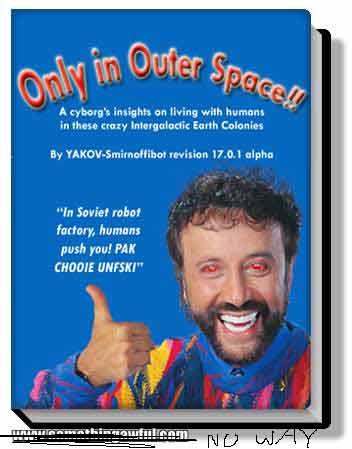 We can all blame "ferrisbueller" for this startling travesty. What the hell is going on here? Even if you created a think tank of the worlds most disturbed science fiction writers and asked them to combine forces and come up with the most hellish and sadomasochistic science fiction race imaginable, that race still wouldn't dare read a book or watch a movie like the one depicted in this image. Why would Yoda or Luke even be in a story like this? It makes no sense, not even in the nonsensical confines of this week's stupid theme. I'm tired of trying to figure this stuff out. I just want to go to sleep and never wake up. 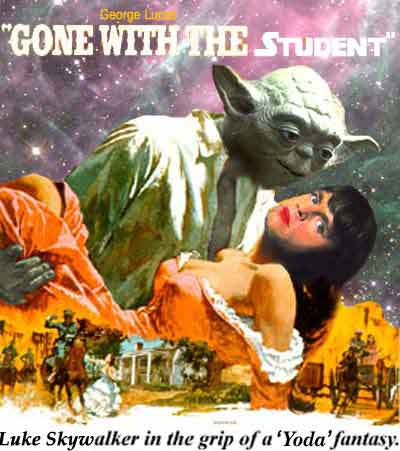 Wow! This "Sarchasdick" picture contains so much stupidity that even Jesus is throwing up in his grave. Now we've run our fair share of horse sex jokes – possibly even more than our fair share – but this just goes too far. Not only is it a bad joke, but it's a bad joke done poorly, which means that if it were a vacuum cleaner, it would suck at the highest possible setting. "PeanusButtHer & Jelly" is quite possibly the strongest indication that we as a society need to come together and call it quits. Either that, or we all get a bunch of rocks and hurl them at "Sarchasdick" until he is either dead, or so saturated with rocks that he actually qualifies as a statue. The bottom line is that this image is so emotionally draining that no amount of cake will ever make me feel whole again. 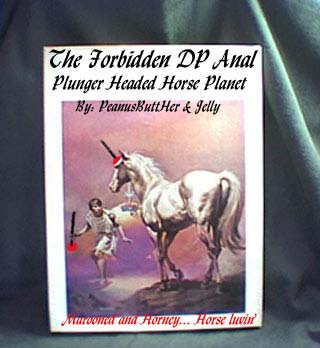 "Chillax" has created one of the worst looking images I have ever had the misfortune of seeing. It's just a horrible, mangled mess, not unlike that of a twisted body smeared across the highway after a brutal car wreck. Shit is flying everywhere here, with poorly pasted characters and weird, irregular shaped boxes going off in random directions. And all of this is for a "THX-1138" reference. Good grief! How could any loving God allow for this to happen?!?! 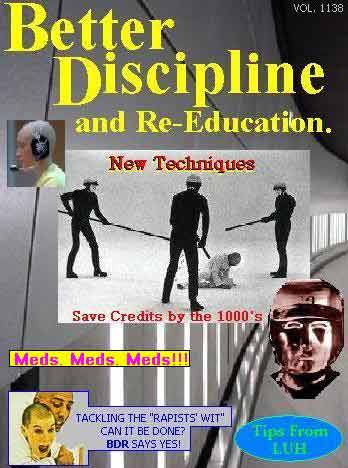 Thanks for reading everbody! You're free to go about your business with a renewed sense of self worth. Please stop by next week when we get really drunk and Photoshop apology letters to our friends and family.