At a Glance: Taking a break from the Clayboy mansion, I decided to descend from my internet cloud to write a few words on a little Super Nintendo game, "Claymates" by Interplay. Here are the words: It's boring. A few more words: Claymates is exactly what happened to Sonic the Hedgehog before Sega got around to ruining it.

Got a suggestion? Email me

Never argue with a head bigger than yours. Game Plot: While hanging out before their morning therapy session, a boy named Clayton (you) and his father are assaulted by a giant African witchdoctor. This happens right after his father discovers something amazing (not the reason why he ever had a son). The fruits of his labor is a potion that can turn people into clay. The witchdoctor wants it to. Consulting the witchdoctor handbook, your foe decides his course of action: turn son into clay, steal doctor, fly away.

So you, a simple ball of clay that can punch, travel through different claylands in order to get your father back. How would something so small complete such a big task? COLLECT DIAMONDS. And when I say "collect diamonds", I mean that you barely do anything besides collect diamonds. It's impossible to even go through a stage without amassing a small fortune. Keep in mind that these diamonds do not give you anything besides the ability to collect more diamonds. If the witchdoctor had simply asked you for money, you could have killed him a hailstorm of luxury. Instead, witchdoctor has to put up with your obviously lame father and substandard housing.

Collecting a golden tooth from a dragon on the top of mount Fri'Ly'banU may be interesting, but you're still collecting junk. What makes it a game is whatever crusty towel fanfiction the developers write up and how that golden grill piece mix into it. At the very least the junk you collect should effect what happens in the game. If that piece of junk furthers the story, you are now officially playing a game. If you are running around a stage getting jewelry so you can dress yourself up pretty for your International "Hotdogz n' LateX"; dragshow, you are not playing a game. No matter how many diamonds you collect in Claymates you do not get upgraded to a little tiny clay man, get clayskates, get new weapons, or even radioactive nads. If my reward for getting 5 million points is the ability to see my character's privates in any type of lighting condition, at least I would know I was spending my time for a reason.

The music in this game does not make the game play experience anymore enjoyable. Listening to a one-man band follow you around and clash cymbals every two seconds does not equate whimsical adventure. However, it does provide perfect background music for when you decide to switch from the voice that tells you "to bathe" to the voice that continues "..in cow brains."

Move crap. Robots get crap. Blow up crap. This is a puzzle.

Enemies: Enemies range from animals to the Japanese, which is a familiar treat. These enemies are stock characters in any "make your own platformer" toolkit. Enemies that fly around from side to side? Check. Hopping, skipping, and bouncing enemies? Check. Terrible stereotypes of ethnic groups? Checkaroo.

Oh, and you also have your little claybuddies.

Speaking of them, Interplay somehow assumed that by adding loveable clay creatures with individually trademarked names that they would physically or metaphorically capture the hearts of children everywhere. Pikachu rocketed to the top of loveable mascots because he had something to give us: amusement, the ability to fight team rocket (good lord I hate you team rocket), and rodents we could draw genitalia on. Doh-Doh the duck, Muckster the cat, Oozy the rat, and Trashbin this game do not provide anything remotely close. Why did they feel they needed to make these trademarks known to us in the first place? The only people who are paying them royalities are the prostitutes they dress up like clay rats in order to fulfill their subconcious desire for punishment.

Claymates is not so much a video game as a test of endurance and patience. In a game where you would expect imaginative things to happen you are only met with repetition. To put it more accurately, Claymates feels like an endless stringing together of bonus games for a better, more interesting video game title.

OH GOD THIS IS THE END!

Question: When you are a ball of clay that can turn into anything, why would you choose such boring things to turn into? Personally, on my top list of animals to turn into I have "dinosaur" and "Vin Diesel". Clayton obviously does not share my opinion. "Gopher with nut throwing ability" is mostly assuredly down near the bottom of the list, along with "turkey" and "Froxlio." Most levels devolve into series of deaths, loss of powers, and slow, methodical plodding through levels. To put it in a good example: remember that game that everyone thinks is and actually is terrible but you play through it in hopes something will happen that will make the game involving, original, and exciting? But even though you spend twenty to eighty hours of your time you never quite find it? This is the exact feeling you experience in every minute of Claymates.

Bosses: Bosses are an endangered species in Claymates with only five in the entire game. The clay government won't recognize the need to protect the habitat of giant spiders or dogs that fly with their ears. When pressed for an answer on this hot button issue, a local clayofficer said, "Those guys are jerks and as tedious to beat. Now if you'll excuse me, I have to slip into something more 'sailormoony.'"

The National Boss Preservation Federation instructs us to remember this: as you fight a boss again and again, don't be frustrated at them. Be frustrated at the terrible controls that make it impossible to fight off anything more difficult the shrink wrap containing your TV dinner.

Complete Lies from the Internet: This is an experimental feature that is new to the Rompit where I highlight some of the stupid opinions about this game that cannot be explained by medicial science as we know it. Everything you are about to read is lies. Lies you can find ... *flashes katana sword* on the internet. 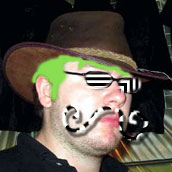 Ah Claymates, one of my childhood memeroable games, it's so fun and great to play, you basically control a blue blob at the start and each level contains other blobs to collect that will turn you into a rat, cat, dog etc etc etc, each with a different ablity for example the rat can run at high speeds, the cat can really claw an enemy, the graphics are sharp too. As for the gameplay, it's great, each level contains all sorts of stuff from a bonus level at the end, different types of enemies, floating clouds, and other fun things, the sounds are really retro sounding which is a good thing as it's fun to listen to whilst your playing, the replay value is excellent as it is so fun to play, overall a classic game. 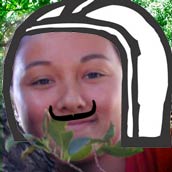 Controls: Nothing bad here, Controls work good and I never had any problems with it. It's a Side Scroller so there's not really a camera angle. With the clay you can jump and punch (pretty dumb). With the Mouse you can go super speed if you can run without touching anything for a period of time. The cat and climb and scratch. The chipmunk is small. The fish can swim underwater.