Friday, Jan 21, 2005 by Josh "Livestock" Boruff (@Livestock)
Hello, hello! This week is something of a vehicle-oriented Variety Pack, as it showcases two Photoshop threads from the Something Awful Forums dealing with cars and jets and everything in-between. In the first half, we'll see what happens when you turn Micro Machines into full-sized cars. What the hell's a Micro Machine you ask? Those were the lovely toy cars that took the pre-established idea of miniature cars, like Matchbox Racers or Hot Wheels, and made them even smaller for no comprehensible reason other than to choke stupid children to death. Due to their smaller size, key features were often exaggerated, which really shows when you make them the size of regular cars. In the second half we'll showcase some entries from a thread where goons customized their own corporate dream jets. That sounds like an awfully gay to do with your time, I know, but would you rather these kids be on the street?

Vman got this micro machine madness started by making this and a whole bunch of other images until he was shot full of tranquilizers. 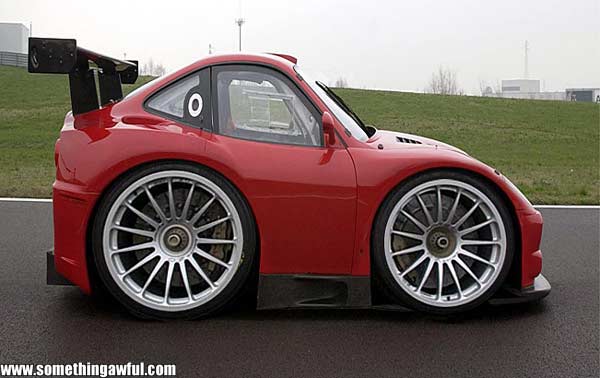 the_ruiner ruins everything he sees. 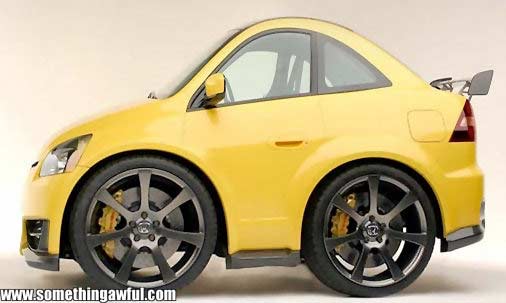 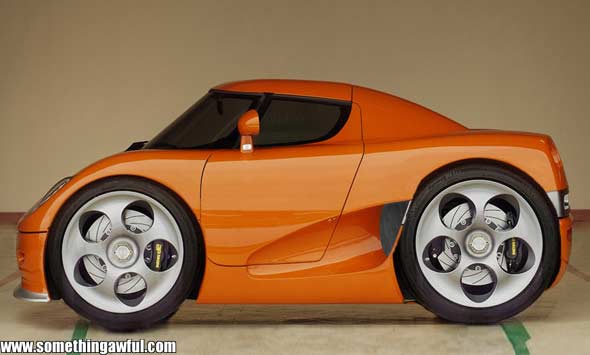 For every key Vman pushes, a lovely photoshop comes out. 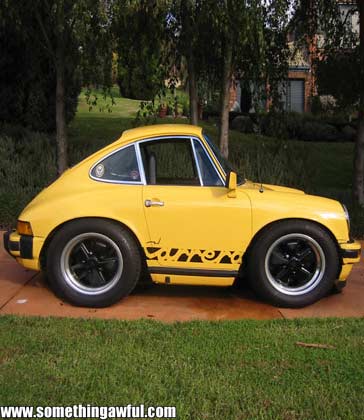