Friday, Jan 14, 2005 by Josh "Livestock" Boruff (@Livestock)
More than ever, Americans are obsessed with dieting. Obviously this is because roughly 80% of Americans are gargantuan spheres that orbit as satellites around fast food restaurants. I'm not one to sympathize with the overweight, simply because I'm a skinny weakling and the concept of needing to lose weight is beyond my primitive, carefree comprehension. Still, I stand by my notion that the secret to losing weight is to not eat so much and not sit around so much. A lot of people have tried this method and failed, triggering the rise of entire industries catering to unraveling the complex secrets of human pound reduction. At Lowtax's behest, I asked my friends (all of whom hate me and tell me not to call me friends) on the Something Awful Forums to come up with some new weight loss ideas. I think we may have finally figured out how to make people thin and keep them that way.

At night you can sometimes see Meneer howling at the moon. 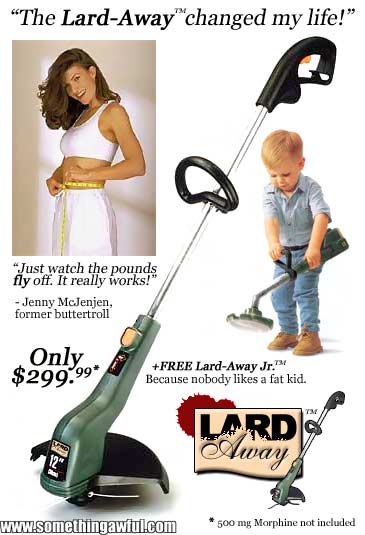 entitysix takes showers with his shoes on in case he has to run away. 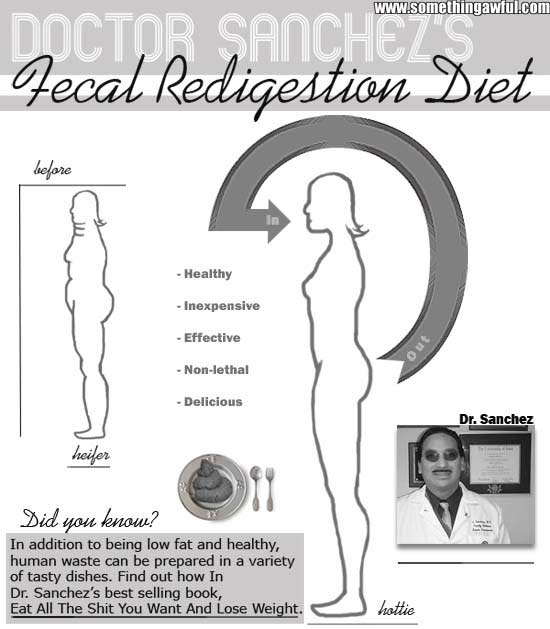 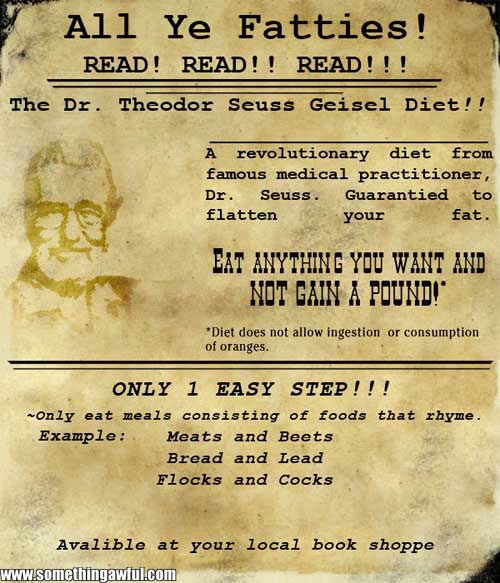 Mr.Snazz caught the gym teacher and the lunch lady in the boy's shower room. He's never been the same since. 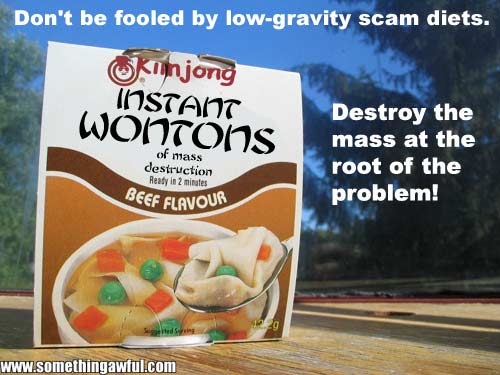