I lost my taste for zombies after 2007's Diary of the Dead, in which George Romero drove yet another heavy-handed political allegory into the ground, brought it back from the dead, then hammered it down again. However, as indicated by his whimsical user name, squirt the daisies isn't a serious-message guy: His zombies just wanna have fun.

Capt. Rhodes gets around to this kind of project when the working day is done. 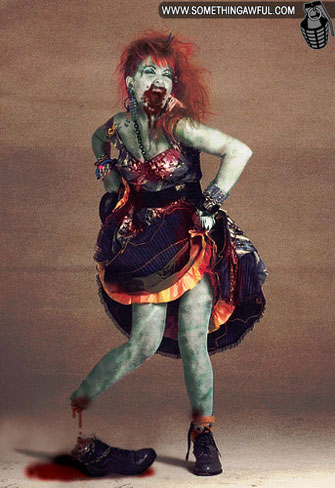 pixelbaron's image is much more entertaining and efficient than sitting through that golf montage in Carriers. 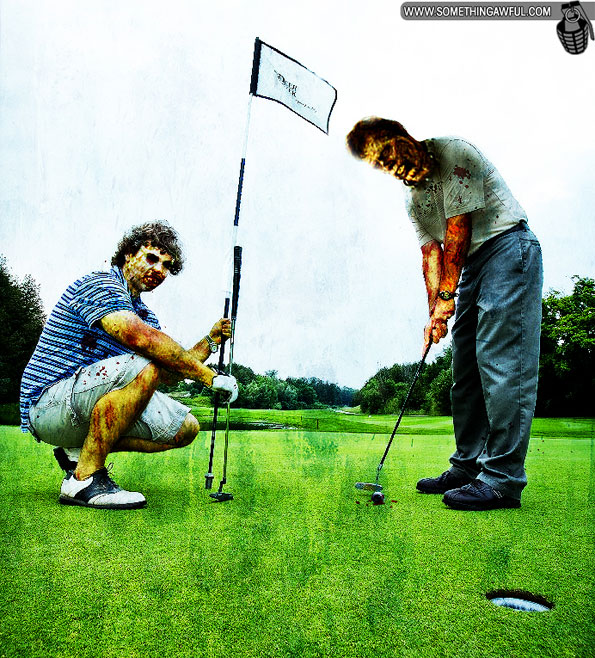 Donny Brook was brave in the attempt. 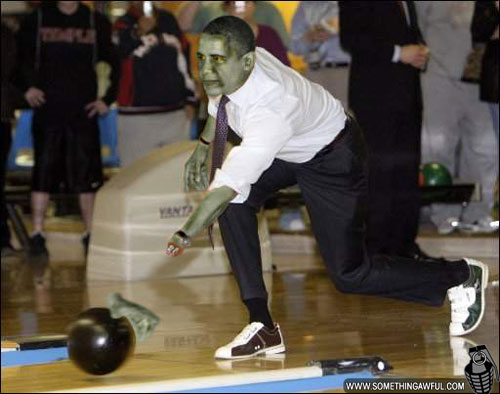 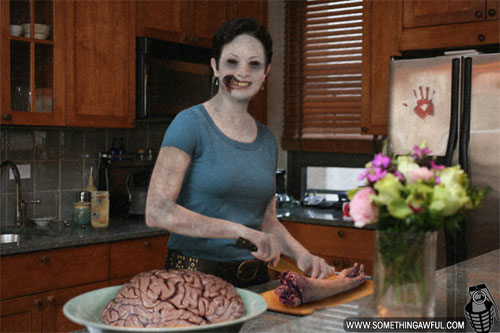 Brains again, Ginny Field? Why can't we have some guts? 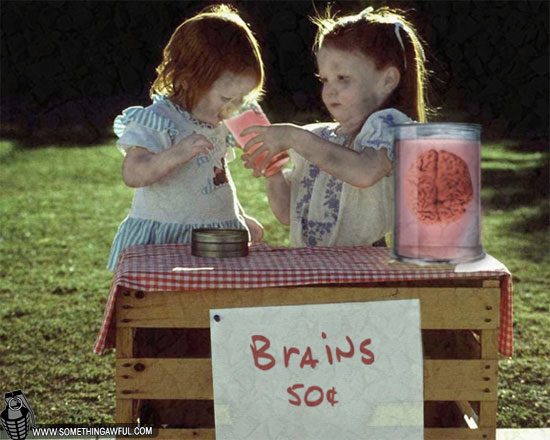