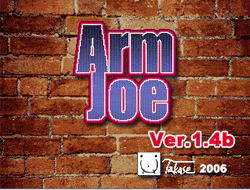 At A Glance: Can mere words describe perfection? Les Miserables was Victor Hugo's Bible-length novel about the turmoil of the French people during the Revolution. It's considered a Great Work of Literature because it's roughly as much fun to read as a grimoire of emo poetry. So, naturally, theater kids decided it would be a smashing idea to make a musical about it!! But more was needed to power the generator hooked up to Victor Hugo's grave. And who's the only one who could come up with an idea crazier than Le Miz the Musical?

Platform: Download it here.
Know a terrible ROM? E-mail me!! 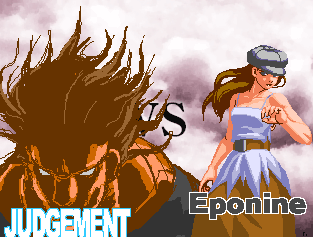 I'm glad to see that Japan is expanding its chief export of "rape" to France!Story: If you guessed "the entire nation of Japan," you are onto something!! Yes, Arm Joe is a fucking Street Fighter knock-off based on the characters from the classic novel. Well, according to a guy who's masochistic enough to have actually read the novel, it's in fact more based on the musical; apparently song and dance routines about prostitutes dying of tuberculosis are super-popular in the Land of the Rising Sun. There's not much plot to the game itself, aside from a FINAL BATTLE WITH JUDGMENT at the end, followed by hot pixxx and a credit sequence that will give me the strength to journey on. Who am I? 24601!!

Gameplay: I hate to admit it, but I suck at fighting games that don't rhyme with "Stupor Hash Mothers." Sorry, but being required to type 27 digits of pi via Morse Code in order to fucking punch a bitch is not my idea of totally rad fun. Sadly, this is how you play Arm Joe, so I missed out on a lot of awesome combos in my button mashing. Fortunately, I was able to get hit with a lot of awesome combos, such as true love, prostitute lightning, and your imaginary girlfriend!!

I guess there's stuff like "super power mode" and "specials," but what I dug was the voice acting. Throughout the whole game people are screaming in what is either French or Japanese spoken with a hilariously thick 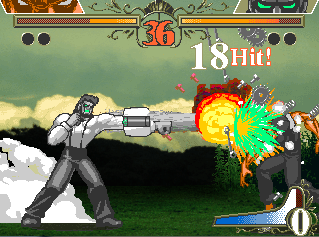 I don't remember this from the book. That's what you get for reading the abridged version!!French accent. Possibly an incredible combination of both: Pardonnez-moi sensei, demo watashi no TENTACLE dans ta fille desu!

Graphics: It's your basic 2D sprite fare. I can't get an exact date on this game aside from "in the 90s," but for that time period I think they're pretty good. The animation is fluid, detailed, and hilarious. I became even more impressed when I heard this game was pretty much entirely done by a single crazy dude in mom's basement. I hope this is true, so it can serve as a beacon of hope to self-diagnosed aspies everywhere!

Characters: Most of the timeless characters from the novel/musical appear. This includes the doomed Jean Valjean, the demonic Inspector Javert, and the totally kawaii bishounen Enjolras --I mean Enjorlas, whatever. But wait!! There's more!! We also have an adorable crotch-punching bunny, the personification of "Judgement," and a robotic version of the novel's protagonist!!

Everyone has their own special moves, but it's all moot, because Judgement is far and away the strongest character. Sure, they tried to balance this by not giving him a "Special attack meter," but because I couldn't figure 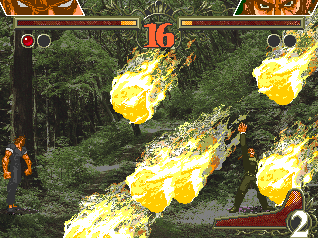 "You know nothing of Javert! I'll blow your ass into the air!! With Comet Hadoken desu!! I'm from Glorious Nippon too!" yeah okay keeping my dayjob. out how to use t hat shit anyway, the game was easily won just by standing there and hitting the attack button. So it's unbalanced as being thrown in jail for stealing a loaf of bread, but guess what? I don't care! This game is Master of the House.

Fun: If anything could make Victor Hugo fun, this is it. Yes yes, the musical is totally powerful and all that, but it's really only for those days when I feel my entertainment must come from listening to people sing about being crushed by barricades. I only wish I didn't suck at these kinds of games so I could get the full effect. According to people who don't suck, though, this Street Fighter clone is a blast!

Defining Moment: You know, despite all the giant eyeballs and over-the-top poses, I was somehow nervous that this game, in fact, might not have originated in Japan-land. At least I was until Javert unleashed a whirlwind of kamehameha-esque meteors on my ass. Oh, dreams really do come true!