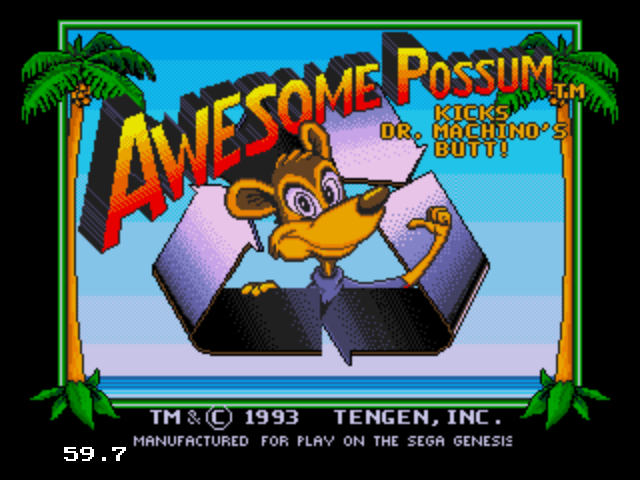 At a Glance: "Do Awesome Possum!" shouted Kevin "The Goblin" Wilson. "Oh God, you're doing Awesome Possum?" bemoaned Kevin "Fragmaster" Bowen. "Surely this game could not steer me wrong with such a high approval rating from internet guys named Kevin!" exclaimed Eileen "Naive Mouthbreather" Stahl. Yet I soon discovered that this was the first game I'd ever encountered that's so bad, there is not a single FAQ for it on the entire Google. And that's when I knew I was in trouble. 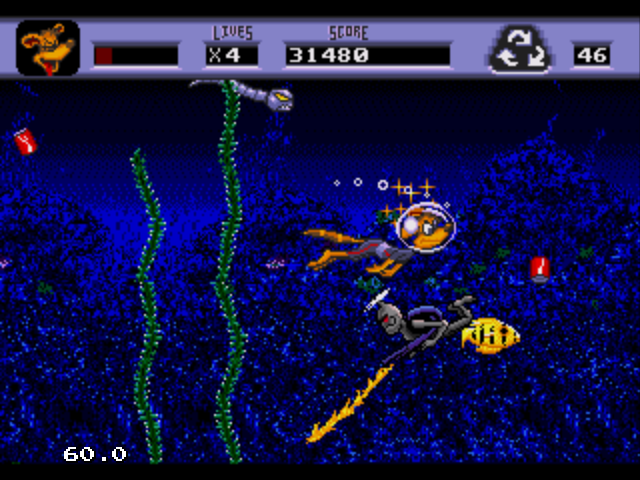 Okay, this makes sense.Story: You're a small mammal that enjoys running really fast who has to stop the evil "Dr. Machino" from employing his robots to destroy the world, using nothing but your too-cool-for-words 'tude. Sound familiar? That's 'cuz Sonic the Hedgehog and Awesome Possum are the same thing, although Awesome has a subtle environmental message. Well, that and, see, Sonic is like a NASCAR driver; sure he's become the poster boy for an entire subculture you can't stand, but you have to acknowledge that he's gotten where he is through years of discipline, hard work, and genuine skill.

Whereas Awesome Possum is the jackass who, while you're changing lanes on a highway, blasts past you at 97 mph and shaves off both your side mirror and about a decade of your life because he's just done like a kilo of coke and is FUCKING awesome, man!! 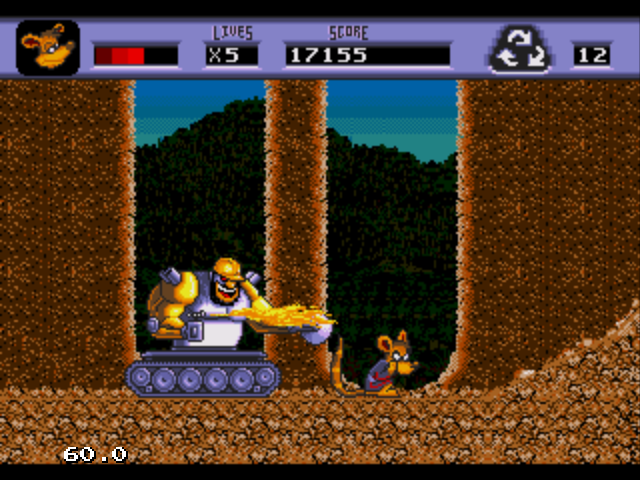 What's great, though, is that this game is as green as the fungus in Ralph Nader's personal region. You collect litter like a dutiful little boyscout, you ride/hump useless "animal pals" (although one looks oddly familiar), and at the end of each level, bloodthirsty fauna grill you about shit that Mother Earth herself does not care about. I'm big on saving the environment, yet this game gave me the strange urge to dump an oil tanker into the nearest coral reef, then set it ablaze with the gasoline-slicked corpse of Al Gore. Whee!!

Graphics: Surprise! Bad! Everything is hideously grainy, the colors are boring, and you often sail clear off the screen. Each of the four themed worlds has its own brand of terrible, although the "best" is the Underwater Level, in which the background looks like one of those goddamn Magic Eye posters wherein everyone else claimed to see the Second Coming of Christ and I saw nothing but a future of myopia-related bills! But hey, Awesome's mouth does move when he talks, which brings us to the area in which Awesome Possum manages to hit a home run...

Sound: ...into a pile of shit! This was the selling point of Awesome Possum, and by "selling," I mean "worst." It was one of the first games to feature "vocal talent," which equals a squeaky digitized voice informing us repeatedly that the hero is, in fact, awesome. This might've been interesting if Awesome shut up, ever, but the 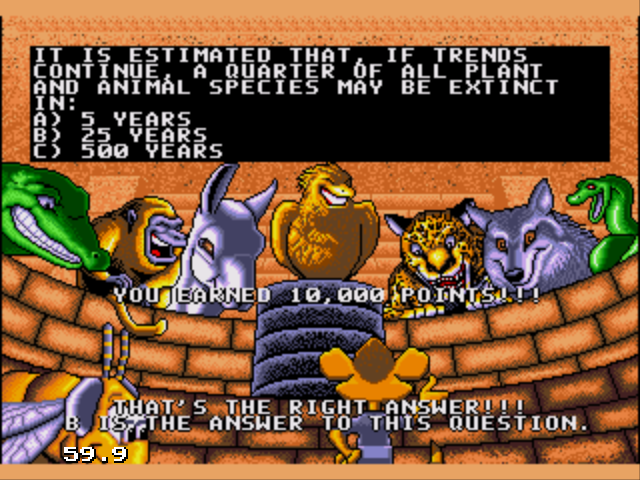 "We're all going to die! YAAAAAAAAAAAAY!!" bastard has a quote for every fucking possible scenario, including:

Poetically, Awesome's most palatable sound effect is his death rattle.

Fun: Like Sonic, the selling point is SPEED, MAN, but you're usually going too quickly to even register what the heck is going on. The levels are poorly designed, with springs sending you shooting off to Bumfucksabad 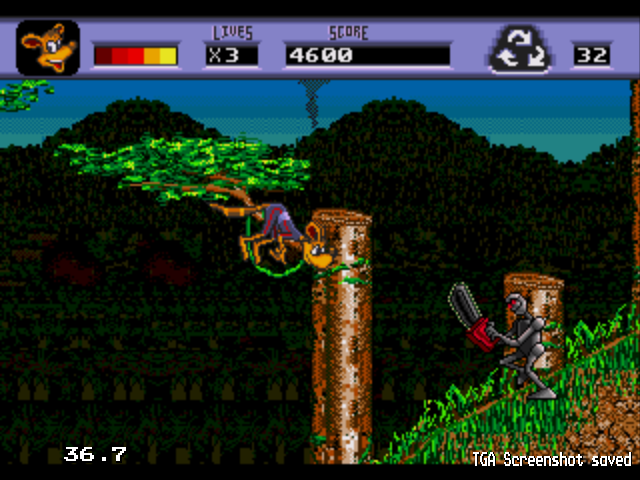 There is a Juggalo joke here, but I refuse to find it.Nowheristan and 50% of your time spent laboriously clawing your way up slopes that I guess were intended for you to "zoom" down. Or maybe you're supposed to sit down, shut up, and put the lotion in the basket. Who knows???

But even if it weren't a bad game, its environmental message becomes oppressive to the point where it poaches fun and sells its hollowed-out legs on the black market. However, it does amuse me to the ends of the arctic ice caps that it's being shoved down our throat by an animal famed for being an invasive species. If Awesome Possum really wants to kick Dr. Machino's butt, he should start with suicide.

Defining Moment: He won't shut up. You know how characters in video games do some kind of cute action if you don't touch the controls for 10-30 seconds? Well, Awesome -of course- opens his big, disease-ridden trap and starts shittalking you, belting out repeated cries of "COME ON!" like some sort of rabies-tainted performance of Mony Mony. He does this continuously and with little provocation, so I decided to time how long it takes him to turn into a dick without input. One-point-five seconds. He will continue quipping every one-point-five seconds until you either move him, pause the game, or make a fucking hat out of him.