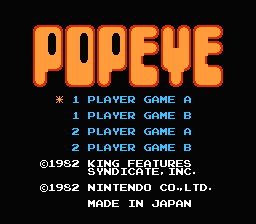 At a Glance: I adored Popeye as a kid. I wanted to be like him when I grew up, and I ran around the house dressed in my Popeye costume, choking down can after can of raw spinach. Why would a four-year-old girl do this? I have no earthly idea. Listen buddy, no one ever accused me of being all there in the head, all right? I'm fucking writing about video games that no one has cared about since the Reagan administration here. What was your first hint that my childhood might've been a little bit unusual? 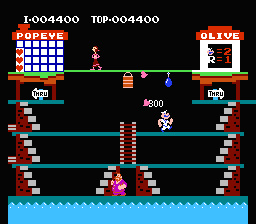 Did somebody say "Donkey Kong"?! Story: But even a childhood spent cosplaying as Gertrude Stein would not have given me the tools needed to decipher this game's plot. What I've got is that in each level, Popeye's anorexic whore is secreting some bizarre substance whilst an oddly meterosexual Bluto dicks about on platforms below.

There are various backdrops for the trippiness. In stage one, apparently designed by MC Escher's retarded little brother, we watch as Olive tosses out her internal organs. Stage Two is an impressive social commentary on suburbia. I don't know what's up with Stage Three, but it involves pirates and buzzard-related espionage. But nothing is so exquisite as heartbreaking dramatic irony, because once you beat those stages THE GAME LOOPS FOREVER.

Gameplay: Donkey Kong and Pac-Man's hideous, chest-burster love child. The gameplay is where it's Pacmantastic: You collect weird shit depending on the level (hearts, musical notes, or desperate pleas for sweet release) to increase the "score," a number which signifies the number of years before the player will touch the opposite sex. Like Pac-Man, you die in one hit until you pop some sort of stimulant, in this case Spinach, which turns you into a pipe-tootin' killing machine. Yet, like this charming fellow who keeps sending me creepy emails, the 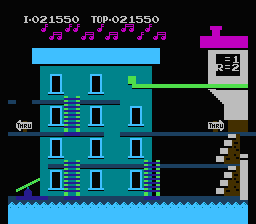 Oh, sometimes everyone just sort've disappears from the screen for no apparent reason. CHEW YOUR CUD.bastard will keep coming back for more no matter how many times you spurn him. Sometimes Bluto gets very angry and chucks beer bottles at you, which I guess I could equate with getting emails of cocks.

I also contend it's like Donkey Kong because-- well Jesus, you have eyes, don't you? You must if you're reading this, unless you've got a for-the-blind audio website browser. In which case: garbl(*&^e *** forAE[...]QQQ jigglypuff HYPHEN,;'.

Sound: Oh. It went here. The developers are clearly popping boners from their sound effects, from the perky fanfare at the beginning of the levels to the trademark Popeye invincibility music. I'd let 'em have their fun, but it 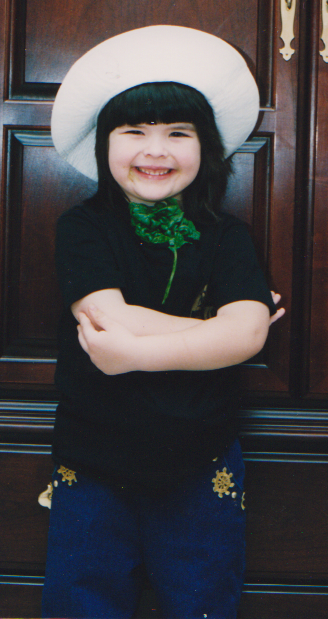 Yeah I'm pretty much a babe.starts to interfere with gameplay: there's a sound effect that plays whenever you pause/unpause that actually lags the game. Some of the music has personality - like the OMINOUS GROWL warning you that Bluto is about to go Abusive Husband on your ass- but the dissonant squeals of Popeye's pipe toot make me want to cram it full of mace and see how tough that bastard really is.

Fun: I guess it would've amused people back in '82. Video games were different then, and it was still possible to turn consumers into salivating cattle with purdy blipping pictures. I mean, it's essentially Donkey Kong and people played that, right? I played that. Say, remember Donkey Kong 64? Remember how you had to get all ten billion and twelve Golden Bananas to unlock the game's final boss? And remember how you had to beat the original arcade Donkey Kong -complete with 1981 physics- not once but twice in order to do so? And remember how you, personally, were born at least five years after anyone had that kind of pain threshold?

You know what, never mind. Fuck this game.

Defining Moment: There is no defining moment. I don't even think there's a moment at all in this. It's an endless dirge, an ode to squandered potentials and low standards of the 1980s. I am really sick of writing about something so boring after the artistic perfection that was Arm Joe. So here come the numbers!