Something Awful 2001 in Review

The Best of The Worst

Among other things, 2001 was the year the Internet stopped being cool. Thousands of daffy Internet businesses went under, dragging billions of foolishly invested dollars and foosball tables along with them. Nobody "surfs the web" anymore. The Internet isn't fun, it's just a tool for forwarding funny pictures of dogs and cats making out to relatives, checking sports scores, staring at pictures of clothing-challenged people, sending suggestive instant messages to pre-schoolers, and buying things you're too embarrassed to buy in an actual store and can't just pirate off Morpheus. Pretty sad. 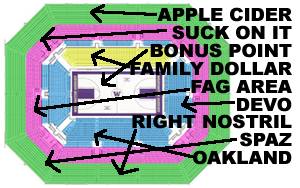 According to Lowtax, the epitome of humor is to mislabel pictures with nonsense. This, for example, is his idea of "comedy gold." Gee, and I wonder why Hollywood isn't knocking on his door and begging him to write the next "American Pie" movie!

Through it all, Something Awful has trudged on. Sure, Lowtax may have threatened to shut the site down forty or so times, but we're still here. Unfortunately. Inflicting whatever the hell we're trying to accomplish upon the innocent 0.4% of the Internet population that somehow encountered SA while searching for autopsy photos or videos of tasty kittens being slow-roasted and consumed by Asian home economics teachers.

I thought this would be a good time to take a fond look back on 2001 by highlighting some of the year's most significant SA updates, since I can't think of anything better to do. Note that I didn't say "best" or "greatest" updates, since to be perfectly honest most of them aren't particularly great or amusing. The vast majority of them consist of Lowtax or Zack whining about robots, pirates, or games, making bad gay jokes, and drawing "silly" graphs with mislabeled captions before launching into a long-winded tirade against a person or group of persons who are more successful and popular than they could ever hope to be. All my updates, however, are sensible dissertations of our society and feature witty banter which makes sly and exceedingly clever references to some of the most beloved and respected works of 19th century art and literature. Because I'm not a poopheaded faggot like those queers, HAHA I 0wN3d j00!!!

Attempts at ironic humor aside, here are some old updates that may have been funny last year, but aren't anymore:

The Urkel Shirt - Lowtax finally musters up the courage to do his laundry after running out of socks to wipe up the lard dripping down his chin with. He discovers a Steve Urkel t-shirt and makes fun of it mercilessly, which might have been a forgivable fashion offense if he had not gone out and purchased an XFL New York New Jersey Hitman t-shirt a few weeks later. Note the use of a "silly" graph. The captions don't match!

Super Bowl, Super Villains - My third update, remembered mostly for the scary story about my hand… or somebody's hand, regardless, it's creepy and demonstrates why I'll die alone and unloved. The Awful Link of The Day features video of grown women forcing their cats to dance with them.

Game Developer Conference (GDC) 2001 - Notable because it details one of Lowtax's few trips outside his apartment for something other than getting lawsuit threats from angry webmasters in his mail, renting bad movies, or buying ungodly amounts of food. Nerd.

Wake the fuck up, you dumb shits - Cliff Yablonski teaches us how to make a gas station key! Quite possibly the most educational update of the year.

Lowtax Has Been Hit By a Bus - Lowtax moves from Southern California to Seattle, only to get run over by a bus his very first week there! Thankfully, good old Zack "Geist Editor" Parsons is able to pick up the slack. The bus accident trilogy continues in part 2 and part 3.

LOOK AT EXCITENING CHANGE OF PASCE ON THES WEBSIET!!! - Jeff K. kicks off "Project: Go Away" week in high style! Basically, the goal of Project: Go Away was to scare readers away from the site to help lower bandwidth costs, since the ad market had crashed and the site was losing money hand over wrist. Project: Go Away continued with help from Leonard "J." Crabs and "Team Racecar" and Semi Automatic Turban's terrible homeland stories.

Taliban TalliBan Everyting, Mon! - See, even in July, before CNN and all those other media bigwigs figured it out, Something Awful knew the Taliban was nothing more than a flock of bearded retards and thus bad news! I also warned of Bin Laden's terrorist activities prior to September 11th, but I did nothing to stop the Al-Queda. So I guess that means I've got even more innocent blood on my conscience. Dammit.

WHAT I DID FOR HALLOWEEN BY CLIFF YABLONSKI!! - Possibly Cliff Y.'s finest hour, as he details his encounters with pesky misfit trick-or-treaters and teaches us how to make Halloween beer. Man, that Mr. Yablonski sure is a swell guy!

A Not So Surprising Development - Zack gets in trouble for comparing Scientology to the Taliban… or was it the other way around? Anyway, those crazy clam-molesters threaten to sue and Zack strikes back with a vengeance. That'll teach those "Battlefield Earth" spewing sapheads!

Vote for Lowtax! - I write about the history of Thanksgiving and then urge readers to vote for Lowtax as Entertainment Weekly's Entertainer of the Year, a campaign dreamed up by those silly forum goons. Although he was winning by like 400,000 votes at one point, in the end it didn't even matter, Lowtax lost and Linkin Park was proven correct once again.

Acne Attack-ne - When it comes right down to it, Something Awful isn't really much more than just another crappy E/N site, as seen in this thrilling update about Lowtax's pockmarked face. Again, note the use of a "silly" graph. This is terrible. And to think Lowtax was nominated for Entertainer of the Year when Zack and I do all the really good stuff while he sits back and counts his tens of dollars.

We closed out December with the revealing of the Bin Laden tape as a hoax, whining about Dungeons and Dragons, and posting embarrassing childhood drawings.

So it was a pretty unfunny year and it looks like Lowtax and Zack were just wasting our time. Oh wait, it's not as if we've got anything better to do since we're all social rejects. Well, at least those guys are. My relatives say I'm quite the handsome, intelligent, sophisticated powerhouse. Probably because I've forwarded them all those pictures of dogs and cats making out. So I'm a cool guy. There's even more junk in the Something Awful Archives, but like I said, most of it is utter crap. Unlike Fireman Comics which was the only decent and morally acceptable piece of media this assbag site produced all year.

Now let's take a moment to say goodbye to a few of the jokes that thankfully didn't live long enough to see the new year. May they rest in pieces and never be spoken of again: 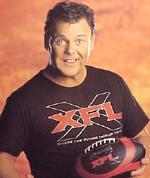 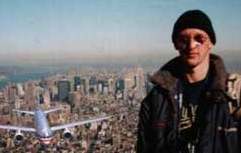